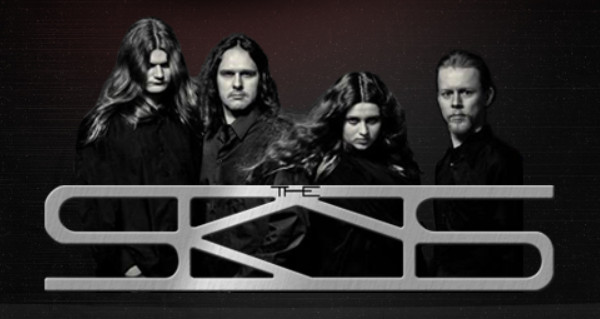 Lithuania’s award-winning Progressive Rock band The SKYS are on tour now in support of their new album Automatic Minds. The band has a lot happening! Keep an eye on their Facebook page for album news and tour dates. For the album, they brought their big beautiful sound to Abbey Road Studios. Now, they are taking it on the road through Germany in February. Connect with them @theskyslt

Here is what The SKYS say…

The Skys is the leading rock band in Lithuania. It is also the most recognized Lithuanian band abroad.
The Skys are:
Jonas ?iurlionis– vocals and lead guitar
Božena Buinicka – keyboards and vocals
Justinas Tamaševi?ius– bass
Ilja Molodcov – drums
The band released five albums: “Civilized” (1997), “Dreams” (1999), “Postmodern Game” (2004), “Colours of the Desert” (2011) and “Journey through the Skies” (2015).

The band had many solo gigs and participated in various festivals in Europe, Canada, USA and Japan,
The Skys shared the stage with Rick Wakeman (ex-YES), Blues Brothers, The Exploited, Lifesigns, Delirium, John Young Band, Arena and many more.