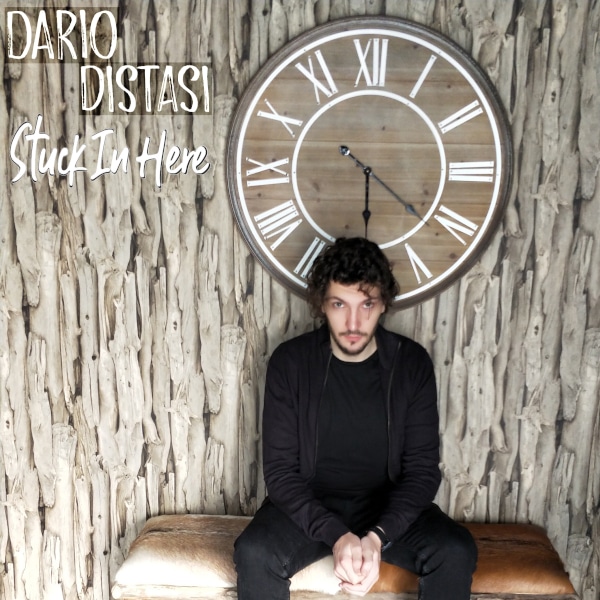 The UK’s Dario Distasi’s new track ‘Stuck in Here’ sounds like you already know it. The perfectly crafted guitar-driven pop-rock should easily find a home at Modern Rock radio on either side of the Atlantic. It’s an excellent tune about a relationship stuck in the mud, and the top-notch Mat Johns directed video does it justice. Connect with him @dariodistasi

Here is what Dario Distasi says…

Dario Distasi is the best kind of new artist – one with the energy of youth, but the poise, savvy,
confidence, and musical skills of a veteran. Tough as it may be to believe, “Stuck In Here” is the
Manchester, UK rocker’s first proper single and video. Premieres this polished don’t come along
often, so it’s no surprise that Distasi’s music has already been celebrated on both sides of the
Atlantic. It’s the first sounding of a voice that’s sure to be with us for a long time.

“Stuck In Here” demonstrates Distasi’s firm grasp of the basics: it’s got a rock-solid beat, a
passionate performance, an intriguing atmosphere, and a lyric that’s subtly evocative. The new track
fulfills the promise Distasi showed on Nowhere Avenue, his independently released EP, and a
furious, focused collection of modern rock songs. Award-winning Nashville producer Drew
Middleton toughened and deepened Distasi’s sound, and gave his uncompromising vocals and
searing six-string (Distasi distinguished himself as a flexible and acrobatic guitarist before he became
a frontman) plenty of room to shine. The result is a song that grabs hold from the very first bar and
doesn’t let go until the final chord rings.

It’s also a song that any young person can relate to. Distasi is singing about stagnation in
relationships, and while he leads with his candor and pulls no punches, there’s an undercurrent of
tenderness and sympathy beneath the frustration. To make the clip for “Stuck In Here”, Distasi has
turned to another fiercely independent Mancunian artist with a taste for dark storytelling – Mat
Johns, writer-director of the lauded apocalyptic short movie A Father’s Day and the moody
travelogue Run. Johns, who makes documentaries and films as well as music videos, brings his own
peculiar sense of color, light, pacing, and drama to Distasi’s debut clip. His tale of troubled lovers is
engrossing – but he never fails to make the band look terrific, too.

Johns’s video takes us into the bedroom of a couple in distress: they still care for each other, but the
spark is gone from their relationship. We’re shown photographs of a past they can’t seem to reclaim,
and reveries of the way they’d been. Only when the pair gets out of the house – and the camera
follows them – does the sun begin to shine again. Meanwhile, Distasi and his group play in the living
room, providing a furious soundtrack to an intimate (and emotionally intense) clip.