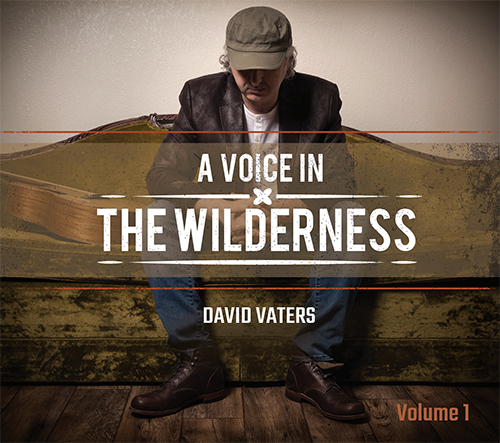 This is the sound of a man who has been out on the road, living life, mending broken hearts, looking for and sometimes finding peace. David Vaters’ music is masterful Americana with the right mix of Rock, Blues, Country, and storytelling. Connect with David @davidvatersnow

Check out his most recent single, ‘8 Ways from Sunday’.

Here is what David says about himself…

David Vaters passion as a singer/songwriter is something he could not hold back any longer. With years of honing and perfecting his songwriting skills, working with great players on two continents, David decided to release Volume 1 and Volume 2 of his most recent songwriting as a independent solo artist.

“It’s really hard to believe that “A Voice In The Wilderness Volume 2”, is only David Vaters’ second solo album. All things taken into consideration, it actually sounds like his twentieth.” Music Critic Rick Jamm – Jamsphere.com

CCM Magazine featured David in an interview recently describing him as, – Something new, all over again!

The upcoming ‘Volume 2’ boasts most of the same impressive line-up as its predecessor, a collaboration that had critics calling ‘Volume 1’ “nothing if not mature, deftly crafted and powerful.” Like that album, ‘Volume 2’ will be part of Vaters’ ‘A Voice in the Wilderness’ collection of volumed records. “If this is the first album of his out of the starting blocks, at least in a titular sense, imagine what gems are likely to follow,” raved Dave Franklin of Los Angeles – The Plug.

Very good songs on this album, delivered by David Vaters in a bowie type approach which really punches through. The backing vocals remind me of the sort of sound the Beatles had. Apart from drums and keyboards which are excellent, the Cd chugs along nicely without any disappointment. Very good, especially enjoyed the vocals and the songs. Nicely put together offering! Well done!
David Markee- Former bass player for Eric Clapton

A Voice in the Wilderness Volume 1 is a collection of compelling poems all with a raw sense of urgency and compassion that is a direct reflection of our God given humanity. Volume 1 album download is available NOW here, iTunes, Amazon and all digital platforms worldwide.