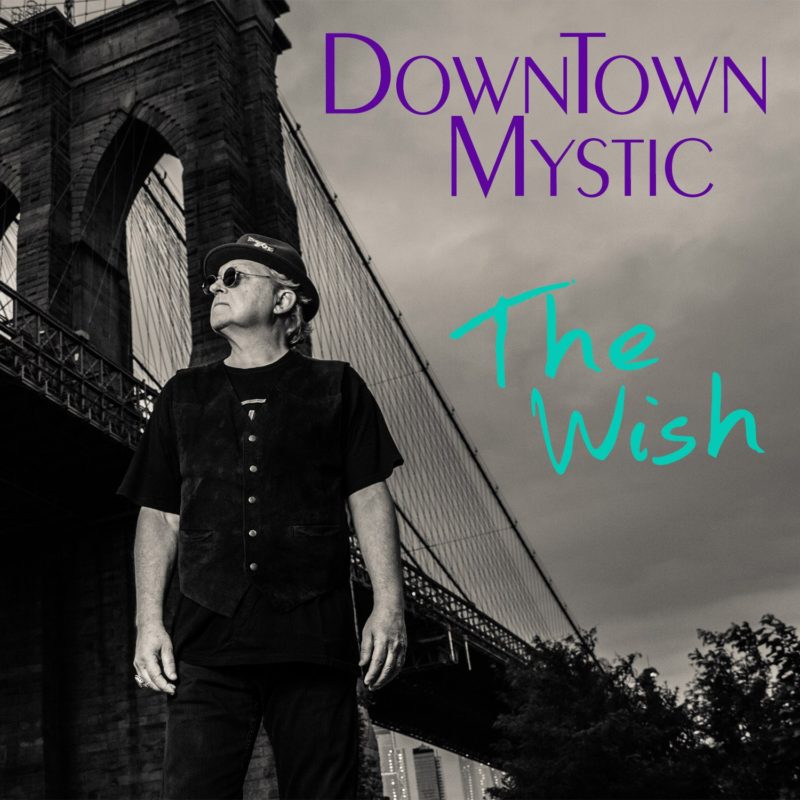 DownTown Mystic (aka Robert Allen) describes his music as ‘vintage but modern’, and he is right on the money. With the new single ‘The Wish’, Allen and his band wear their optimistic idealism and love of Rock and Roll on their sleeves. I worked with radio for awhile. They might call DownTown Mystic’s musical genre AOR, AAA or Americana. Each of those terms essentially means, “new music made by people who love Classic Rock.” Allen and his band of players are experts in the field. They include members of The E-Street Band and Mott the Hoople. Experts indeed!

‘The Wish’ is a great song with a positive message. Allen sings, “I wish I could free all the fears you have.” Me too, brother. There is some really nice playing on the track as well. The guitar in particular is a real standout. Check it out,

Here is what DownTown Mystic says about ‘The Wish’

The Wish features the excellent guitar work of guest artist Stephen DeAcutis a.k.a. Stevie D, who also mixed the track and has his 1st album Torn From The Pages coming out this summer on Mighty Music. The Wish EP will contain 5 songs, including the US single Love Light, which was previously unreleased in Europe. Like Love Light, the new single features the top-notch rhythm section of drummer Steve Holley (Paul McCartney, Ian Hunter) and bassist Paul Page (Dion, Ian Hunter). Steve and Paul are backing rock icon Ian Hunter on his Mott The Hoople’74 reunion tour of the US and UK this April. DownTown Mystic shares the distinction with Ian Hunter as being the only 2 artists to record with both rhythm sections of Steve Holley & Paul Page as well as the E Street Band’s Max Weinberg & Garry Tallent.

It’s been a long time coming to fruition for DownTown Mystic to finally release The Wish after recording the track in 2009. DownTown Mystic writer/producer Robert Allen recalls, “I’d been playing around with the music since the mid-80s and finally recorded a track as part of the Standing Still project, but decided that it didn’t fit with the other songs so I abandoned it. It wasn’t until last year when I re-discovered the track and finally had some time to write lyrics I was happy with. The original version was more up-tempo, but Steve Holley suggested we do it in half-time, which slowed it down and gave it a much stronger groove.”