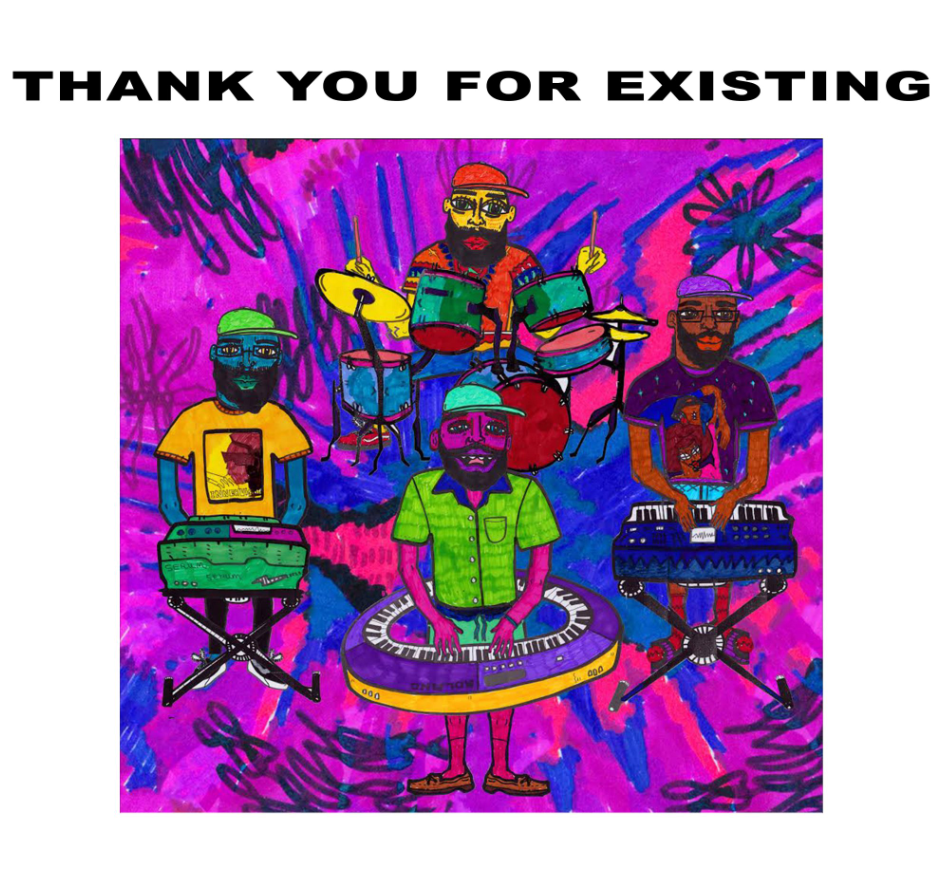 I first heard Quilll’s music when he submitted a track to the Deep Indie Chill playlist. He immediately hooked me on his psychedelic lo-fi sound and I added the tune. You can read the two-line review here. At the time he teased an upcoming album release. Well, ‘Thank You for Existing‘ is here, and it does not disappoint.

I queued up the seven song instrumental collection for my commute home from the office. The urban landscape of bumpers and taillights was replaced by Quilll’s cool world of experimental lo-fi beats, organic grooves, and soul-influenced keys and bass. The first three tunes lay down a chill, lo-fi ethereal vibe. Acoustic drum loops, electronic keys, and drum machines overlap to create a sound that sometimes reminds me of my favorite 90’s hippy hip-hop producers. Think De-La Soul or the or a very mellow Dust Brothers. But I don’t want to make too many comparisons. Quilll has a sound all his own.

Production throughout the album includes a mix of live instrumentation, samples, and found sounds. When I first listened I tried to get technical and sort out from which source each sound I was hearing came, but that was no fun. I really just dug listening as a fan.

The record shifts from occasional traditional-ish song structure on tracks like ‘Pay God’, to the more experimental and surreal. The title track is a great example of the latter. You can really hear the 70’s soul influence on tracks like ‘Now What?’ which sounds like a space-age Motown slow-jam. It could be the backing track to a duet between Marvin Gaye and a robot. And that is awesome. ‘Lana’ has a similar vibe and introduces a little bit of sampled vocals. Quilll rounds out the collection with ‘Stevie Wonderin ‘Bout You’, a track with an 80’s beat, 70’s keys, and my new favoite song title.

I expect ‘Thank You for Existing’ will be a frequent companion on my drive home.

Quilll is a music composer based in New Jersey, that specializes in electronic music with an avant-garde and psychedelic soul influence. Quilll started pursuing music in 2014 when he found the intersectionality between his musical talents and the available technologies. Influenced by Stevie Wonder, and Kid Cudi, Quilll strives to curate a musical theory based upon sweet 70s synths, lo-fi melodies and abstract story-telling.