Rami Moscovich Stares Into the Abyss 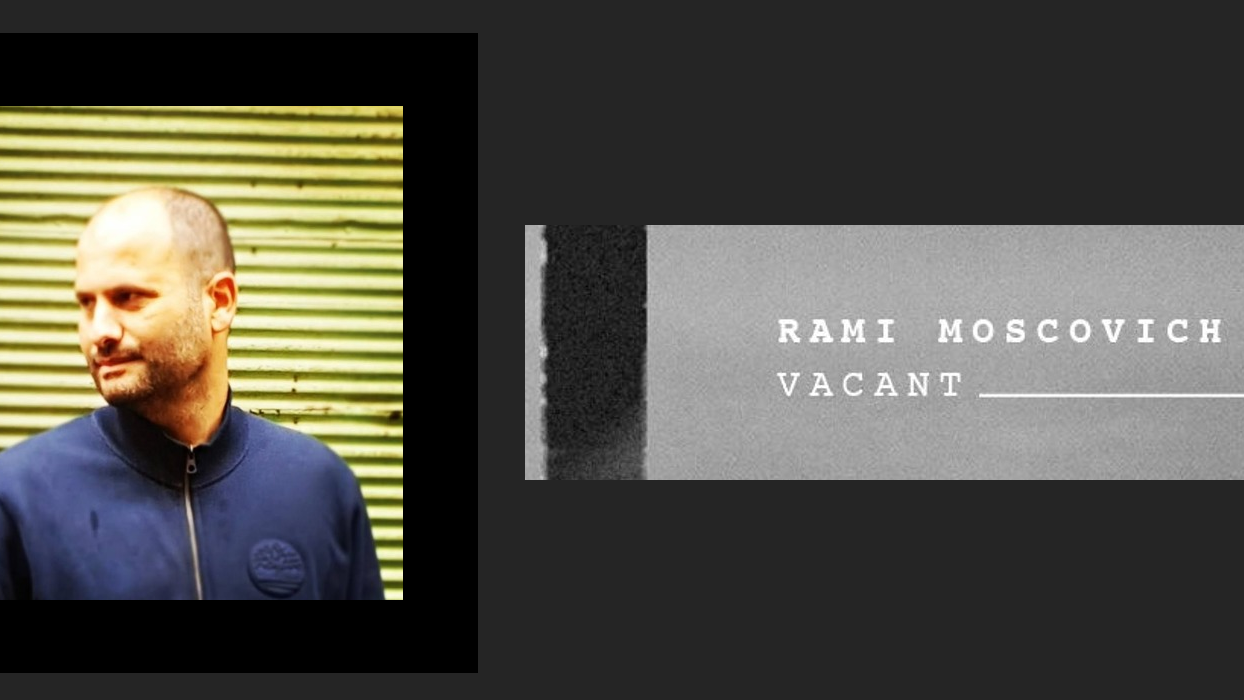 With the first few chords of Rami Moscovich’s “So Wrong,” I expected a synth-based ambient instrumental. However, this producer from Tel Aviv does not simply rely on mellow robots do his bidding. His is a more organic and cerebral kind of chill.

The first surprise came about forty seconds in when I realized that some of those ethereal sounds were being performed by a real live human being, on guitar and bass. The guitar reminded me of the music Andy Summers made when he didn’t have Sting around, forcing him to play pop songs. It’s minimal and tasteful playing. That kind of controlled atmospheric picking is harder than it seems. It takes a real talent to know what not to play.

Thirty seconds following the introduction of steel strings came the second pleasant surprise. In a timbre, tone and delivery that matched the beautifully understated instrumentation, Rami’s half-sung, half-spoken words float into the track meditating on a theme of existential ennui. Through the course of the short poem the author expresses regret and self-doubt, but ultimately finds an undefined destiny and purpose somewhere in the void as it stares back at him.

When the tune first arrived in my inbox, I clicked the link and gave it a listen through my laptop speakers. It sounded cool, right up my alley. Then Rami sent me a Youtube link (below) to a fractal image video which definitely fit the song. However, I did not get the full experience until I strapped on a good pair of headphones and cued up his SoundCloud page. Mr. Moscovich makes great headphone music.

I let the playlist roll through the rest of his profile. It is replete with even more psychedelic stereophonic awesomeness, including excellent electronic covers of Neil Young’s ‘Hey Hey, My My’ and Lou Reed’s ‘Satellite of Love.’ If you have somehow missed the last fifty years of Rock & Roll history, those are two of the greatest songs ever written, by two of the greatest songwriters that ever lived. They are duly represented here.

‘So Wrong’ is the debut single from Rami Moscovich’s EP, ‘Vacant’. I can’t wait to hear what else he has in store.

Here is what Rami says about Rami…

Throughout the years, Rami’s work has been characterized by warm dreamy sound, influenced by the Slowcore and Dreampop scenes.

During 2019, Rami was focusing on his solo project “Vacant”, together with two of the most influential musicians in the Tel Aviv indie music scene:
Zoe Polansky – AKA Bela Tar – Musician, producer and films composer
Zohara Niddam – Singer composer and producer, lead singer of the London based band – Oi Va Voi

The Vacant project is an introspective work, in search of an inner delicate life, the most protected places of the human Soul.

So Wrong is the debut release from this EP. It’s deep dive into a crucial moment in the human experience, facing something bigger than him, and surrenders. This track contains parts of singing and of whispering, melodies and meditative drones.