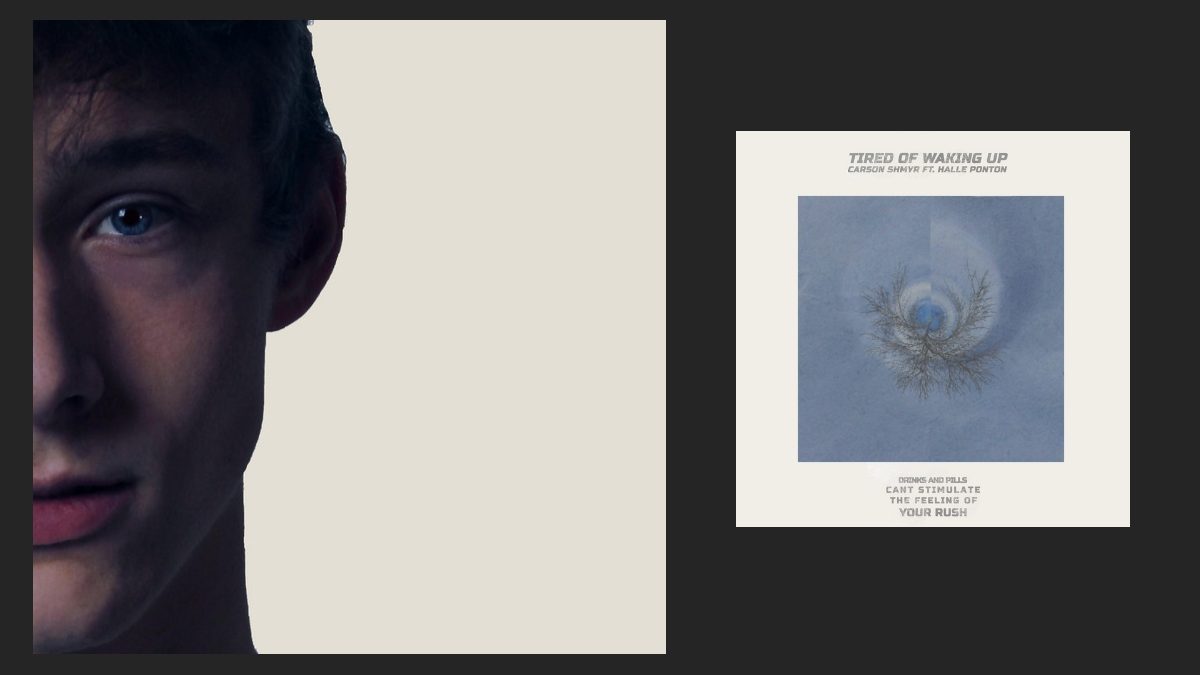 In “Tired of Waking Up”, two former lovers long for one another. It is a tale as old as time and one that is universally recognizable. In Carson Shmyr’s hands, it is told with clever turns of phrase over expert R&B Pop production.

Through three verses we move from the perspective of one heartbroken soul to the next, and finally to a duet. We imagine the two sitting miles apart, each pining for the other. They feel the same pain, sing the same words, and want only to be together. They need just one phone call. But that call will never come.

Carson makes the familiar feel fresh with crafty wordplay and production. The title itself is a feeling to which anyone whom has been depressed can relate. Quiet piano and organ arpeggios float in the air behind the singers. The bass drop and big gated synth of the chorus is a nice pivot away from a standard pop refrain. It reminds me a bit of Electropop Alternative bands like The Temper Trap or Passion Pit.

The tune would be an accomplishment for any songwriter or performer. Even a casual listener could immediately recognize it as the work of seasoned professionals who had spent years honing their craft. Except, it is not. The Canadian artist is just seventeen. Halle Ponton, the female protagonist on ‘Tired of Waking Up’, is only fifteen. No, that was not a typo. I had to do a triple take when reading Carson’s promotional material to make sure I got it right.

‘Tired of Waking Up’ is an excellent song from a talented young artist with a great future ahead of him.

Here is what Carson says about Carson…

Seventeen year old pop musician Carson Shmyr is well known for his ballad based down tempo music, but the up and coming superstar has done a complete 180 in the direction of his career with the announcement of his new single, “Tired of Waking Up”, which features fifteen year old singer Halle Ponton in her debut performance. The song, which releases July 5th 2019, is a huge change of style for the young singer as he leans into a more electric based dance style similar to that of Martin Garrix and Troye Sivan.

By utilizing uptempo chords and a driving beat, “Tired of Waking Up” truly captures a summer vibe and plays perfectly into the expectations of teenagers across the world. The song has a particular “car stereo” sound to it, possessing the mood of driving in the summer with the windows rolled down. While the song may be a shift in mood from his typical music, Carson didn’t shy away from focusing on lyric writing on his new track and gave us more heart-wrenching lyrics we can all relate too.

Carson Shmyr begun his music career at fourteen years old by posting covers on Instagram before releasing his first single “Chance” on Spotify in the summer of 2017. During the summer of 2018 he signed his first professional music contract with TN Management out of Toronto and later a two song record deal with Roy Hamilton III. One of these two songs became “Sunday Cartoons” which has amassed an astonishing numbers of streams for such a young independent artist at over 100,000.