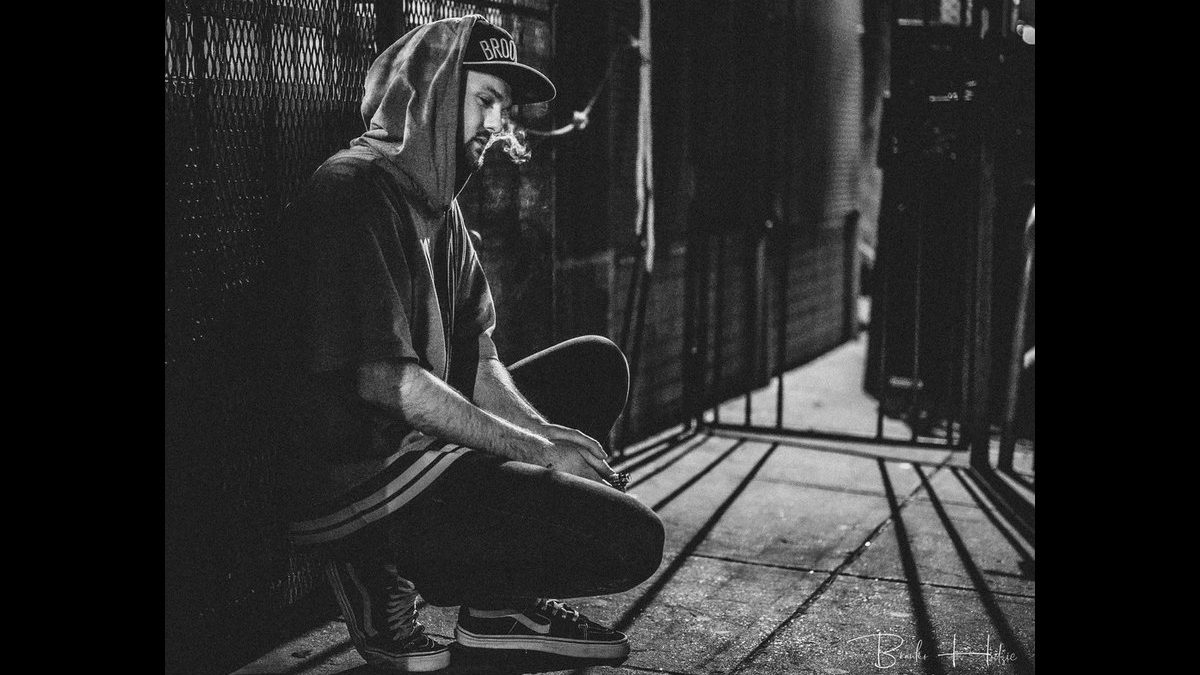 Wade Elliott’s new EP is titled, “Love Ave.” And that is definitely where the ride starts. But the trip he takes us on eventually ends down at the end of Lonely Street, at Heartbreak Hotel.

The Southern Maryland based singer has put together a solid six-song concept record. It chronicles a relationship from its euphoric beginnings to its inevitable end. He does a good job of setting the stage. The protagonist is believable and relatable throughout. We have all been there… from the very high to the lowest of the low. Ultimately, siting in a room talking to ourselves.

Stylistically, I’d say this is an R&B record with Pop and Hip-hop sensibilities. Wade’s singing is spot on. He creates some complicated flowing melodies on the record. Where other singers may need stop to reacquaint themselves with the beat or the pitch, he flows. He is comfortable bending his notes between phrases which really works with the genre, and is not easy to pull off. To add a little more danger to the trick, more often than not he ads a second harmony. It is a nice touch.

There is a lot of Hip-hop in the production. Deep, gated, kick drums counter high and dry snares. Each piece of the rhythm section is isolated well in the mix. It gives the record a clean club sound. As the record progresses, the beats and tempo fit the mood of each song, faithful to the story.

Down on Love Ave

As for the relationship in question, things are good for the first two or three songs. In the “The Only One,” the hero is so infatuated that no other people even exist in the world but him and his girl. They are still having a good time in the songs “You and Me” and “Little Things.” However, things are not as exciting as they once were. By the fourth song, “Got U,” the hero is trying a little too hard.

It hits the fan in “Way of the Game”. She has found someone else, possibly more than one. He is destitute. Finally, in “Talkin’ 2 Myself” the singer is doing just that. It is notable that by the end of the record, he is depressed, but also sounds a lot smarter than the guy in the first song. Love makes fools of us all, I suppose.

Wade Elliott started working on this record on Valentines Day, and released it on the subsequent Valentines Day. That makes a lot of sense, in context. He set out to make a record about Love, the good, the bad, and the ugly. He did exactly that.

Here is what Wade says about Love Ave…

This EP was an exciting learning process. I wanted to start writing and recording on valentine’s day 2018 and release it on valentine’s day 2019, and I did just that. Through out the year, I got distracted and occupied with other music projects I have going on so somethings I feel were rushed, but I don’t regret it.

The EP is called Love Ave, and the concept of it is the stages we can go through in passing romantic relationships.

The Only One is love at first sight, maybe you’re causally dating.

You & Me is head over heeds in love, you’re more serious about the relationship, everyone around you is breaking up but you two are about to stand the test of hard times.

Little Things is post cupcake stage where we don’t do the same things as we use to, but we’re trying to make it up to one another.

Got U is if I won the lottery, what I would do for you, make the money last.

Way of the Game is the daydreaming is over. The relationship has gone to a point of unable to be fixed. They’re unhappy so they’re cheating and you’re trying to make it work but you realize it won’t.

Talkin’ 2 Myself is at the end of the road, the ave, it’s all a learning process. You learn more about yourself through all the heartache and pain, and eventually find love for yourself.