Book of Shame – Hope and Glory 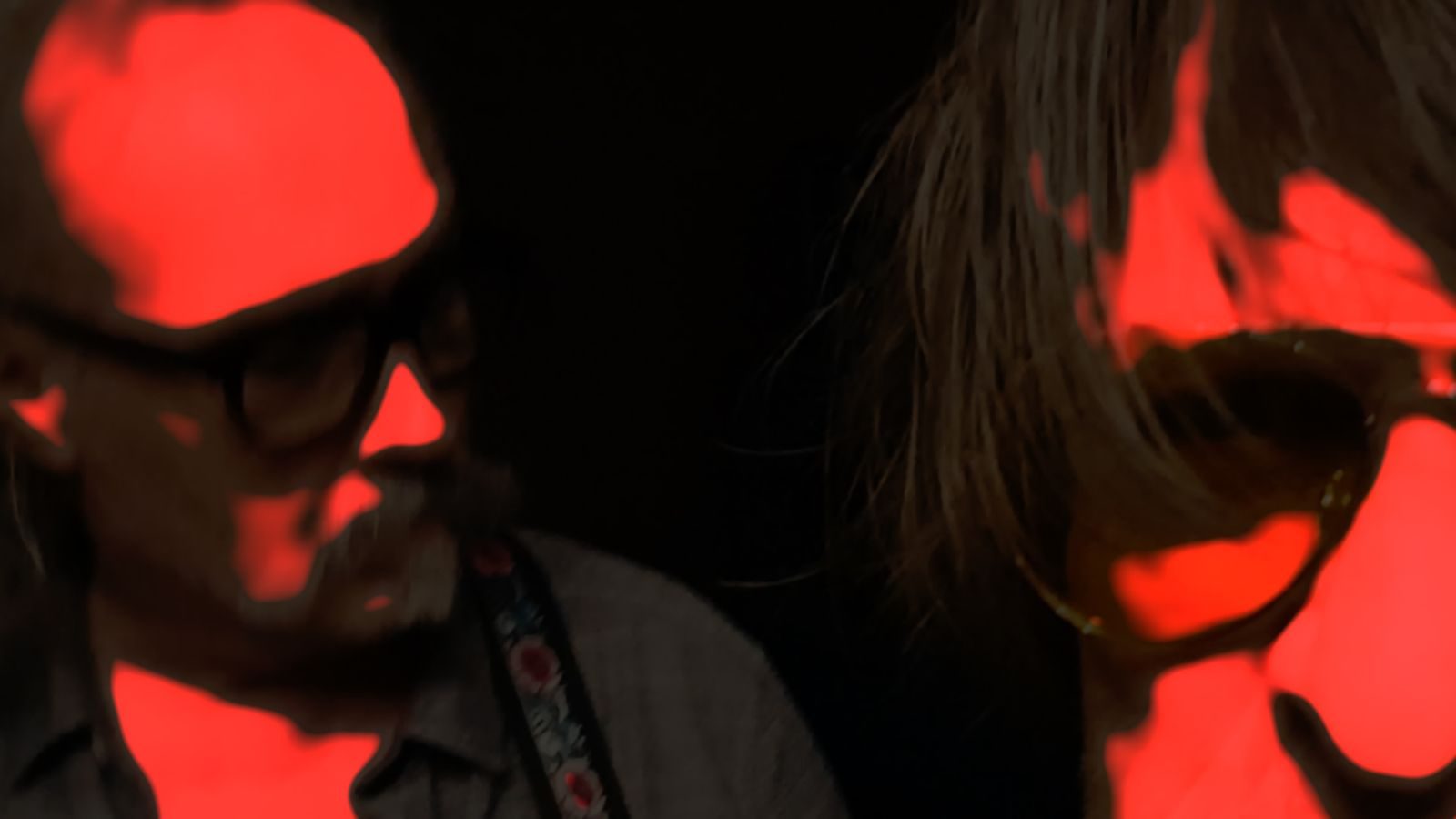 BOOK OF SHAME is Peter Boyd-Maclean and Gary Bridgewood. The London-based duo were originally drawn together through their mutual love and appreciation for Captain Beefheart, Talking Heads, Bowie and Velvet Underground. These influences are apparent on their new single, as are other names from the history of alternative and psychedelic music.

“Hope and Glory” moves back and forth through those decades, stopping briefly in each. The epic 6:39 track draws the listener in, and maintains that interest with an ever changing landscape.

The song opens with a Jimi Hendrix inspired bit of guitar feedback and then quickly moves to a more 70s vibe. The band grooves on a percussive stoner-rock jam that eventually morphs into some sort of long lost, David Bowie produced, Stooges tune. Those are all good things.

From there the song moves to an 80s synth groove that reminded me a bit of Bauhaus or early Peter Gabriel. As the keys disappear into the distance, they band drops into a Pink Floyd inspired acoustic bit. It is a nice shift and sets the stage for the final blast.

Just as the acoustic guitar fades out, the final and most dramatic piece explodes into the song. A long, Joy Division style jam ensues. Heavy synths and a driving rhythm section build ultimately to the climax.

Change is a recurring lyrical theme here as well. Throughout the track the singer is searching for “solid ground”. The constant change surrounding him has left him, “feeling disabled.” There is no clear direct linear narrative to the song. However, the lyrical imagery used throughout, creates an emotional framework in which the rest of the track exists.

Brought together and inspired by a love of Captain Beefheart, Talking Heads, Bowie and Velvet Underground, BOOK OF SHAME is a new sound machine fronted by Peter Boyd-Maclean and Gary Bridgewood – music pioneers and musical renegades.

The duoʼs debut single ‘Compatibilityʼ released 30th November, is loaded with slicing mando, greasy bass, smashed live drums, jagged guitar solos and Peteʼs urgent, catchy vocals. Written, performed and produced by Gary and Pete, the track expresses emotions which are very much a reflection of our times, with a nod in the direction of the alt rock moments of Talking Heads. The track is underpinned by a phsycho-mesmerising animated video, produced and directed by our own Mr Maclean (New Orderʼs Blue Monday). “Compatibilityʼ was stimulated by our love of late 80ʼs ambient, disco and funk, combined with a gung-ho approach of some new wave bands like Echo and the bunneymen, Joy Division etc,” says Pete, “when the sun shines through you, I see through you, you see through me, can you see through me? We are all about compatibility. Gary, “We enjoy the clash of ideas; old sounds forced against new; acousticelectronic-ambient-rock.”

Gary and Pete started BOOK OF SHAME by accident, sharing a deep musical heritage and bond led to a meeting in a rehearsal studio, secret recordings, hours of editing and stitching melodic lines and rhythms led to the path of rediscovery, something of what they grew up with; reel to reel tape loops running across Garyʼs bedroom, dirty disco bass, noisy lo-fi drum machines, in your face live rock drums, jagged guitar melodies and elevating, inspired soulful songs of the 80ʼs, with the help of vocalists Jo Foster (Anima, Coronation Street), and Fergus Gerrand (Sting, Spice Girls), produced by Rico Conning (The Lines, Wire, Depeche Mode, William Orbit) the duo bring into existence a compelling collision of sonic textures channeling their enigmatic and artistic natures; a mysterious quality.

The duoʼs persistence is a testament to their abilities and desire to constantly question and re-define their musical sensibilities. n addition to
BOOK OF SHAME, Gary and Pete have also been involved in numerous other projects. Gary worked with Troubadour Rose (Paul Weller backed), co-writing soundtrack for ‘Strawberry Fieldsʼ, performs and writes with Balkan and Klezmer band Beskydy, Lizzy OʼConnor band, toured with The Real Tuesday Weld, Michelle Stodart (The Magic Numbers). Pete was a founding member of the acclaimed Duvet Brothers who were responsible for scratch video with Rik Lander.

BOOK OF SHAME are