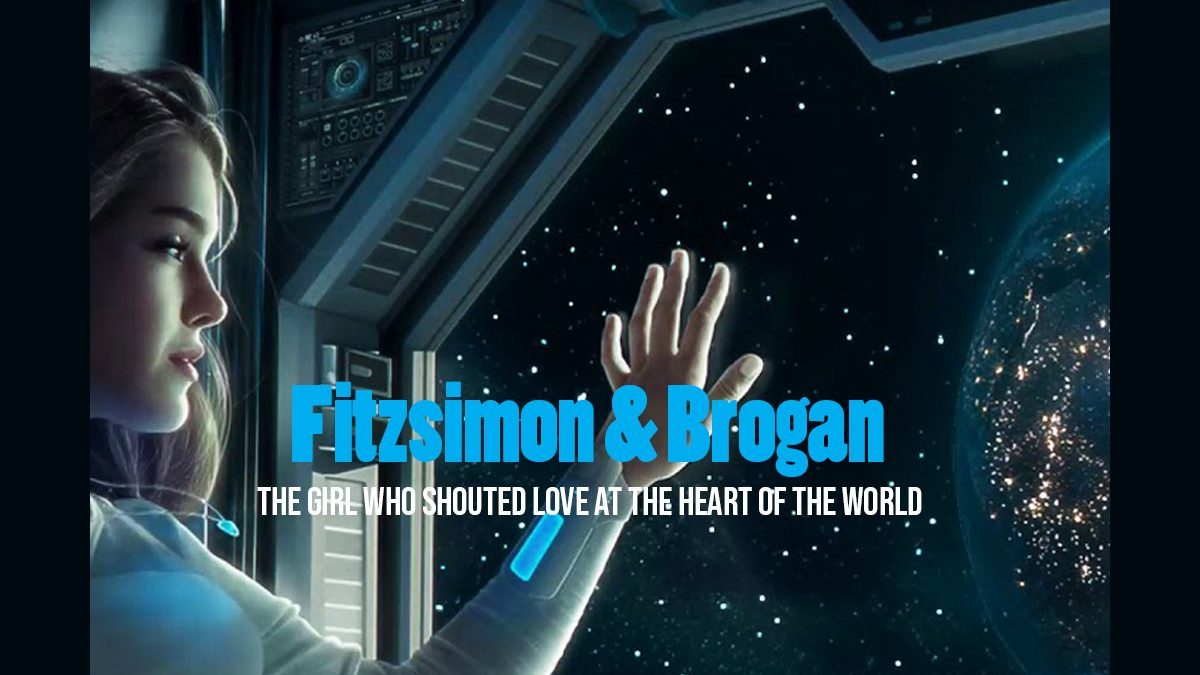 Fitzsimon and Brogan (FaB) is a songwriting team on a mission, “to produce pure pop for now people.”

I don’t know if I qualify as a “now” person. However, I can say that this songwriting duo knows Pop music. For example, their single new “This is Love” is a study in Pop Music 101. It is the lead off track to their fabulously titled new album, “The Girl Who Shouted Love at the Heart of the World.”

Pop music is timeless. As Rock, Hip-Hop, and Country styles fade in and out of fashion, Pop continues to reign supreme across the decades.

What is Pop? There are some compositional elements which are common to all songs in the genre. Pop songs are catchy. They are built around universally relatable and inoffensive themes. They often have a punchy upbeat rhythm and a big hook in the chorus. Throw in some well placed chiming harmonies and a lead vocalist who really knows how to sing, and you’ve got yourself a Pop song.

My general definition of the genre also happens to be a perfect description the FaB sound. “This is Love” borrows from all of the best aspects of bubblegum Pop. It combines early-sixties wide-eyed innocence with early-eighties fluff.

There is a great quirky guitar solo after the second chorus. It is followed by a breakdown in the bridge that sounds as though it was lifted directly from a Go-Go’s album. But the real star here is the hooky chorus. It will stay with you long after the last note fades.

Here is what FaB says about FaB…

Based in London, Neil Fitzsimon and Bee Brogan aim to produce “pure pop for now people.” Neil and Bee were both members of the band, Pretty Blue Gun, who were signed to an indie label, licensed to Sony. They released two albums which were critically acclaimed. Some of the guest musicians included members of The Art of Noise, Dave Bronze (Eric Clapton’s bass player), Tobias Boshell (Moody Blues) and Pip Williams, who played guitar on the Walker Brothers’ track, ‘No Regrets’. The albums were produced by Pat Collier, who produced Katrina and the Waves’ international hit, ‘Walking on Sunshine’. The band went on national tours across the UK, until disbanding.

Neil Fitzsimon, the songwriter, and Bee Brogan, the vocalist, then went on to form a songwriting/production partnership that led to placement of their songs in Film and TV. They also wrote a musical, Jack Dagger, which was showcased at the Greenwich Theatre, London for the Musical Futures Award. It was also showcased at the Bridewell and the Royal College of Music in London. They have also just had a song placed in a USA Sci-Fi Feature film. They recently had a track reach number 3 in a French national download chart, while their last single, “Girl In a Gilded Cage” hit #1 on the iTunes Belgium charts.
All songs are written by Neil Fitzsimon. Vocals, keyboards, drums and engineering by Bee Brogan. All guitars played by Neil Fitzsimon.

Fitzsimon and Brogan see themselves as a studio act much in the vein of Tin Tin Out and Talk Talk. Their influences range from The Beatles, Elvis Costello, Jimmy Webb, Jacques Brel and David Bowie.

New album, “The Girl Who Shouted Love at the Heart of the World” is out on May 24th, featuring first single, “This is Love.”