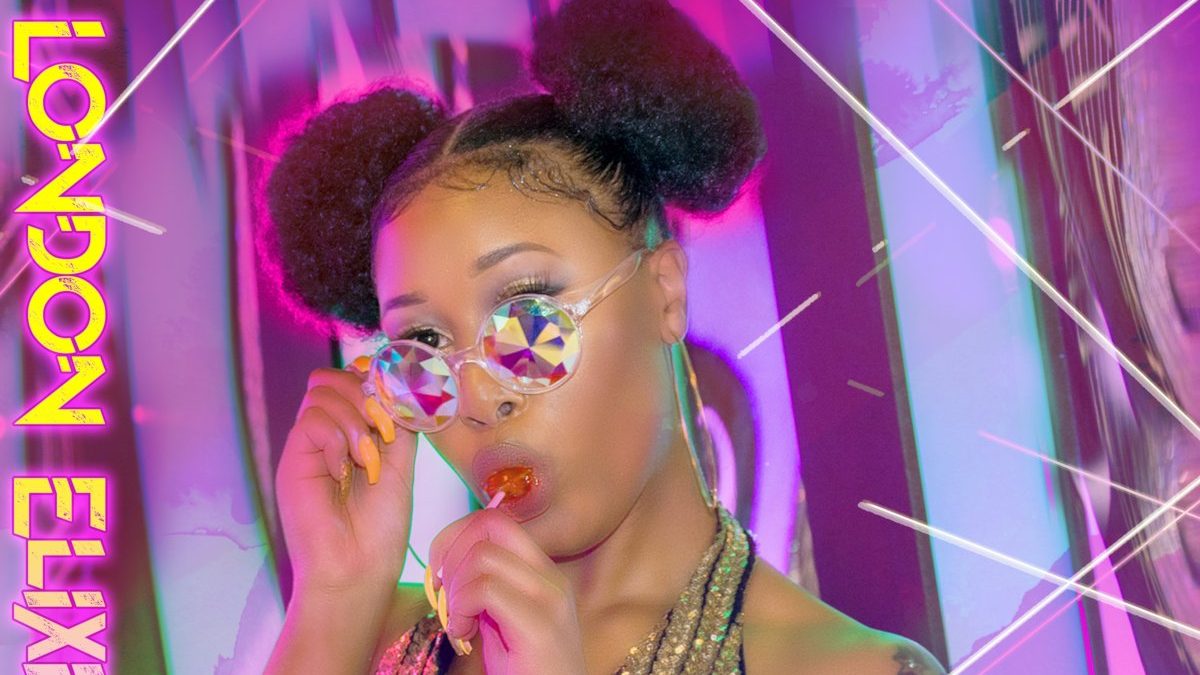 I was first introduced to London Elixir’s sound last month when she asked me to give her single IDGAFunk a listen. The song is funky disco jam featuring badass bass guitar and an assortment of charismatic and talented singers. At the heart of the track is an infectious groove provided by producer and songwriter, London. You can read the whole review here.

The Atlanta based beat maker is back with more positive vibes and funky grooves. London has released two new songs to complete her new EP “Listen to M3.”

This track is another Nu Disco jam that hits the ground running. As soon as I heard the little bass riff intro, I knew we were in for a funky one. Vocalist Dalicia La Fleur belts out a fun story of female empowerment.

She turns the tables on stereotypical gender roles by letting an unnamed man across the dance floor know that he’s got what she likes. But she is not looking to let anyone slow her down.

This party is all about having a good time. In Dalicia’s words, “You know I’m gonna do me, so you should just do you.” Rapper, Taylor Nixon reinforces that stance in the bridge with self assured lines like, “I’m not even caring if they stare.”

All the while, London lays down a groove that perfectly mixes current production techniques with retro flares. For instance, the beat features a modern kick drum and hi-hats, but a very 80’s snare. House music transitions are paired with 70’s disco strings. And that P-funk bass guitar keeps the whole thing moving.

With a foot-stomping beat and a “throw your hands in the air” attitude, this song lives up to its title. This is the sound of people hving a good time, and it is contagious. Rapper Matt Jay and singer Mzee Jones call the party people to their feet. As the song moves along, Jones hits some stratospheric notes, and then harmonizes them. It is a great sound, and no small feat.

After checking out the whole “Listen to M3” EP, I’ve recognized a theme. London pairs her own killer beats with a jamming bass player. She then calls upon her impressive arsenal of singers to lay down killer vocal tracks.

All three songs on this EP pop with positive vibes and funky grooves. I think Mzee Jones sums up the London Elixir sound perfectly in “Best Day Ever” when he sings, “don’t be scared to have a good time.”

Check out “Listen to M3”, and follow the links below to get to know London.

Here is what London says about London…

A rising music producer from Columbus, Ohio, London Elixir has become one of the most exciting new talents in the diverse worlds of hip-hop, trap, RnB and pop. Currently based in Atlanta, London ​has made a name for herself by producing custom instrumentals, building beats and layering sounds for a range of artists and clients. Influenced by the likes of Calvin Harris, Bruno Mars, Timbaland and DJ Khaled, London has shaped her own unique sound, building on her background in piano, engineering and music production. More than just a producer though, London also creates music under her own name, releasing the standout single ‘IDGAFunk’ on all major platforms. London Elixir also produces music for independent artists. You can work with London Elixir by getting in touch via email at assistant.londonelixir@gmail.com

Need a beat for your next project?

London doesn’t just release her own tunes, she is also a beat maker and producer for hire. Her portfolio (below) listens like a compilation of all things good in the worlds of Hip-Hop, Trap, Pop, and R&B. If you would like to work with London, you can buy her beats on Airbit