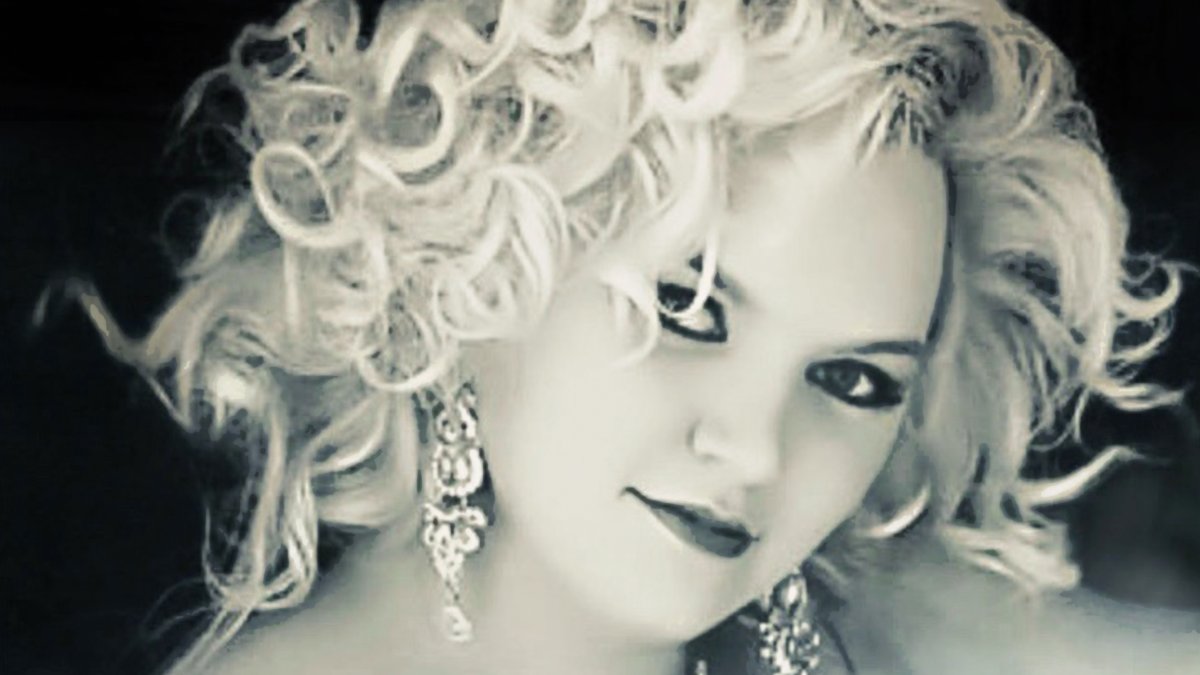 Ashley Puckett’s “Medicine” is the lead-off single from the North Huntingdon, Pennsylvania artist’s debut album “Never Say Never.” The song is a personal and intimate acoustic Country torch song. The protagonist laments a serious illness, but also sings the praise of her lover who is nursing her back to health.

It is a beautiful tune which paints a picture that is at times heartbreaking but ultimately uplifting. The singer recounts the difficulties her illness has created out of previously simple and mundane tasks. However, as the song progresses she improves, thanks to the support of her loved one. For instance, you ache for the singer as she strains to stand up, but you are glad for the love that is there to catch her fall.

The song’s simple arrangement features two or three guitars, a banjo, and a bass. The paired-down organic sound reminds me a bit of Kacey Musgraves’ work. And like that dark haired Grammy winner, Ashley’s voice has a classic Country sound.

The sound is not retro, however. Puckett delivers her weighty story from a modern mindset. Her technique is precise. She maintains a soft tone and perfect pitch as she flows easily from tenor to soprano. However, technical skills aside, the delivery really works because it is sincere. She is feeling these words as she sings them.

The players on the record are top-notch. I particularly like the guitar solo after the second chorus. However, with musicians at this level, the notes they don’t play are just as significant as those they do. This band plays with a skill and economy that is learned only through experience.

Listen to this clip from “Medicine”. The single will be available everywhere on 8/30/19. Follow the links below for more Ashley!

Listen to this clip from “Medicine”

This is what Ashley says about Ashley…

Ashley Puckett was born and raised in North Huntingdon, just east of Pittsburgh, Pennsylvania. Ashley realized her passion for music at a young age, performing at vocal competitions and community events, and eventually, landing at open-mic nights and shows in bars and clubs, doing anytyhing to keep the music and her passion alive. Her musical influences have been empowering..shaping the artist she has become: Ladies like Lee Ann Womack, Carrie Underwood, Miranda Lambert, Jo Dee Messina, Carol King and LeAnn Rimes. At age sixteen Ashley picked up the guitar, began writing songs, and the adventurous country girl hit the road.

“I’ve never given up on where I wanted to be (in the music industry), however, when life pulls you in so many different directions, it sometimes takes you off-guard, and it becomes very easy to lose sight. I believe everything happens for a reason, and although I feel I’m always at the wrong place at the wrong time, somehow that led me to the right place at the right time, to say ‘It’s now or never’ after meeting Bryan and Doug. The energy the three of us have, working together, and their dedication is so exciting…I know this is just the beginning of something spectacular.”