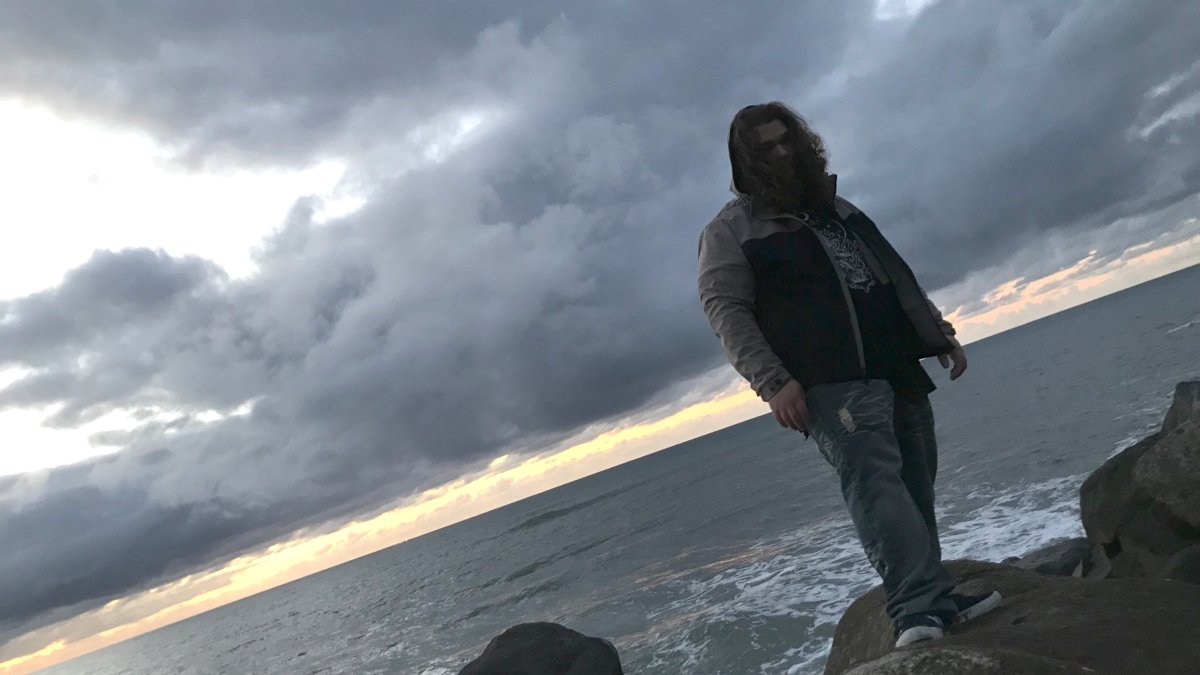 “Far From Home” is the new three-song EP from the Hip-Hop duo of Sage Bishop and Kill BAM. The production throughout is professional and polished, yet the record still manages to sound exciting and experimental. Lyrically the group does not venture far from the themes of money, sex, drugs, and violence. However, there are moments in which more complex emotions are at play.

“9 to Ya Dome” is the lead-off track. The song floats along on a slow and creepy Trap beat. I liked the long, low instrumental intro. At times it sounded a bit like the score from an old horror movie. When the group starts rapping, they set the pace of the EP, with tales of hood drama and violence.

The second track is titled “Out the Ride,” and it features some really inspired production. Hard panned, left-to-right retro synth arpeggios sit at the heart of the beat. Drums and vocals play off the keys as they bounce left and right. The technique creates some cool cross rhythms.

The vocalists use the beat well. The melody of the hook is catchy and rhythmic. They roll from rapper to rapper without missing a step. They hand the beat to one another like a relay team passing a baton.

The title track wraps up the “Far From Home” EP. Like the previous tune, this song showcases some adventurous and creative production. The arrangement is simple and effective, built on an 808 beat, low bass, and a loop of classic-rock-style clean guitar picking. Once again the rappers play to the beat well and use their voices as rhythm instruments, fostering some groovy syncopation.

Lyrically and emotionally, the third and final song is nice shift for the EP. Much of the exaggerated bravado of the previous tracks is gone. The refrain of “I’m so far away from home, and I don’t know where I’m going,” is a message of powerlessness made even more powerful when delivered by the voices of artists who were bragging of material and sexual conquests just a few stanzas earlier.

The “Far From Home” EP highlights real vocal and production talent. Over the course of just three songs, the record provides a number of surprises, both in content and style. Follow the links below to listen, and for more from Sage Bishop.

This is what Sage Bishop says…

While forming his sound in early 2015 after many years of writing lyrics without even having beats, Bishop Francis began to release his inner emotions onto tracks influenced by a generation of grimy & aggressive hip hop such as 50 Cent, Z-Ro, The Notorious B.I.G., & Eminem as well as a peaceful, melodic sense of himself influenced by artists like Kid Cudi, Pink Floyd, T-Pain, & many more.

Once Bishop United with the Nomads his flow & craft truly began to develop as he began to feel more comfortable in his own skin, being that he is a white/Hispanic rapper influenced by a dominantly black culture. In his teenage years when Young Gloomy was developing the start of his musical dream, he did not have much guidance due to his parents being addicted to hard drugs all his life & losing his baby brother to a battle with CPS.

Sage was often taken in by family members when he was Young & at the age of 13 he was living with his girlfriend & by the age of 14 she gave birth to his first born son. He allowed that experience to form the inner musical side of him. In early 2018 he released a deep, emotional side of him in “State of Gloom” that allowed you to get a glance in his mind. At 21 Sage has plenty of room for growth & we will see what comes of him in the future