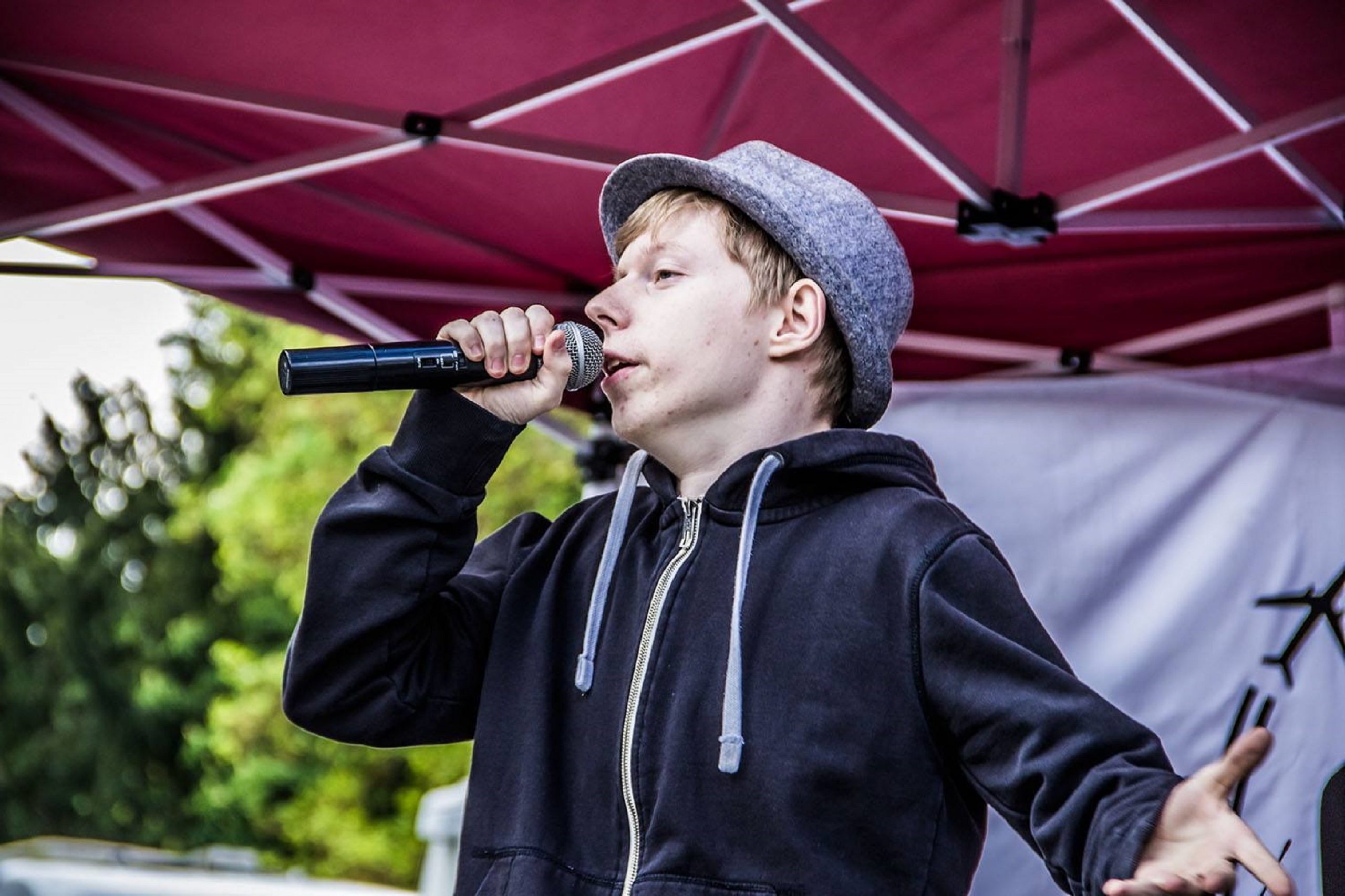 Simon Bohnsack is better known as Destroyed Jeane “DJ” Kaito, the 22 year-old rapper from Hanover, Germany. He has a sound of his own creation. He calls his free form, stream-of-conscious rap technique “RST.”

Kaito played mandolin, harmonica and piano in his youth. He later discovered a number of other interests including cycling, dancing, swimming, skating and painting. However, his love of music ultimately came calling.

In 2011 he launched his popular YouTube channel, “Vier Sterne Deluxe.” On this new platform the artist released countless cover songs and mixes. Then, in 2012 he began releasing his own original music, with the independently produced single “6. October (Day of the Nations).”

The viral success of the music video encouraged Kaito to continue. In 2013 he released the concept mixtape “Das Vermächniss der RST” which consists of syllables without meaning. He came to call the style RST, and adopted it as his platform going forward.

He had another viral video hit with the RST music video “Don’t wanna be a Quader,” from the Best of Album “Best of DJK.” From there the rapper set out on a tour which included stops throughout Germany. On his “Mahnwachen Tour” in 2016 and “STOPP RAMSTEIN Tour” in 2017, Kaito performed in Hamburg, Braunschweig, Düsseldorf and Hanover. The latter received television coverage as well.

DJ Kaito’s new album is the sixteen track, “Signal kommt.” It features songs in both English and German. His latest single is “YT What You Have Done.” It is a lo-fi Hip-hop track built on a Chill-Hop sample from a classic movie soundtrack.

Listen to “YT What You Have Done,” and follow the links below to connect with DJ Kaito.