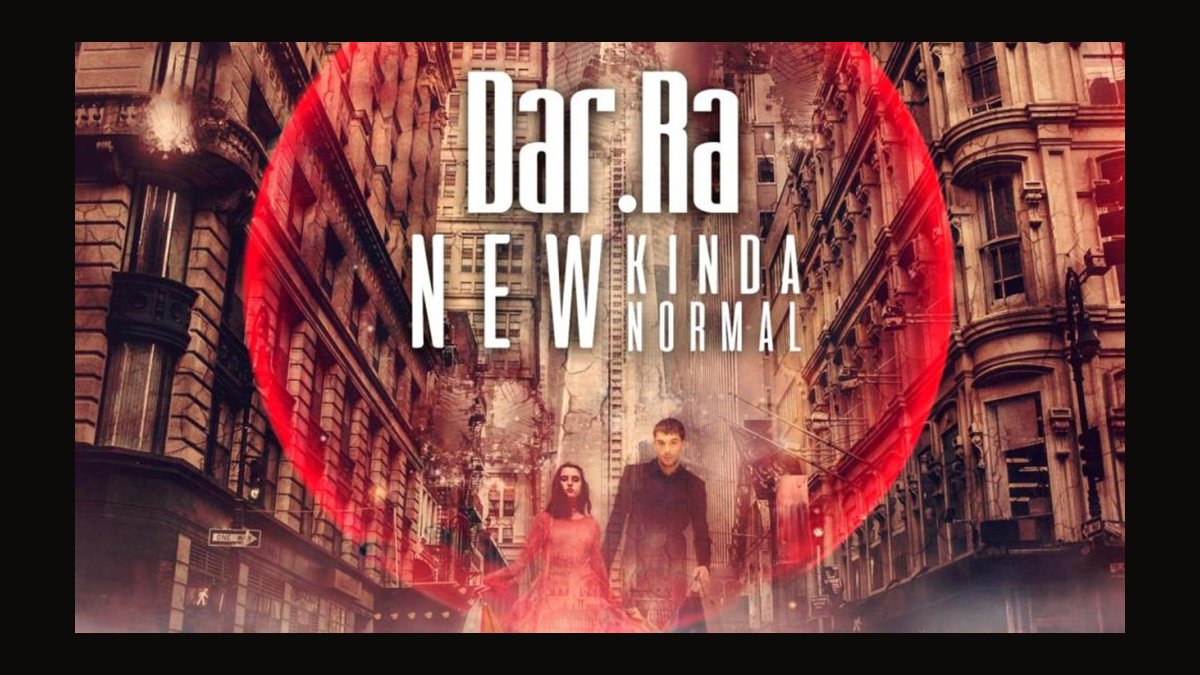 New Kinda Normal is the epic new ten song collection from UK artist Dar.Ra. The album is a high-energy journey through Rock & Roll styles of the past, present, and future.

Big arena rock sounds from the last three decades echo throughout the record. Disparate influences like NIN and Genesis sit comfortably together in Dar.Ra’s new normal.

The album starts off with a big bang with the motivational sound of “Diamonds in the Shadows.” Dar.Ra’s penchant for big beat Rock production is established from the start. That sound carries through most of the record.

Songs like “The Beat” and “Rock Steady” are evidence that Dar.Ra undertsnads the importance of excellently recorded, hard hitting, and rock solid drums in this genre. Even more evident though are the hooky, and heavy, guitar riffs at the heart of most of these songs. “Phenomenal” is an excellent example.

There are touches of 90’s grunge in the perfectly dirty guitar tones on track like “Rewind.” Dar.Ra’s stylistic exploration is not limited to Rock & Roll however. For example, “Back from the Brink” includes elements of reggae in its rhythm.

The lyrics on “New Kinda Normal” dissect the many ways in which we all seek to cope with the reality of our world. As society changes, the human condition must as well. The album’s title reflects the artist’s dissection of that truth as it pertains to politics, work, school, and relationships.

The performance throughout the record is impeccable. Guitar, bass, drums, and keys are all flawless. Vocally Dar.Ra has an impressive range and fluidity in style. He moves effortlessly through soulful drills, thoughful introspection, and big rock screams.

The last three songs continue to expand the repertoire. “Heart Shaped Pill” and “Nightstepper” gets experiential and creative with flares of Rush style art rock and odd-timed breaks. The record ends on “Lights,” its only ballad. On it the singer further expands his impressive versatility.

Dar.Ra has enjoyed success on radio and TV across Europe and the US. His music is enjoyed on Spotify by tens of thousands of monthly fans. “New Kinda Normal” is an impressive achievement, sure to expand his audience even further. Listen here, and follow the links below for more.

Listen to Dar.Ra on the Deep Indie Dive playlist