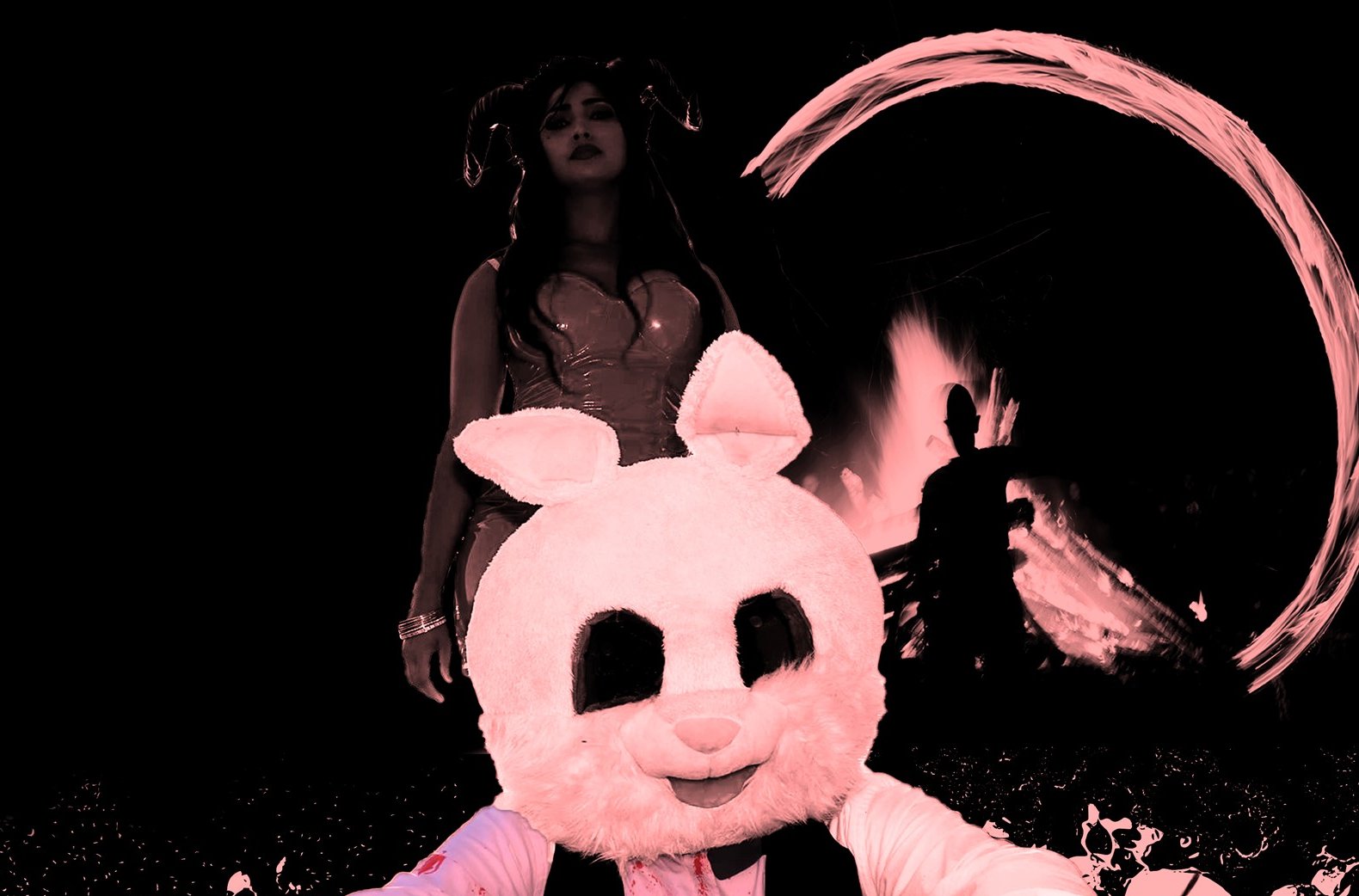 Despite having origins separated by thirty years, Hip-Hop and Rock & Roll are not too distant cousins. They have a lot in common. For instance, each was born of the predominant African American youth culture of its time. In the case of each, white suburban kids and the population at large eventually caught up. Since then, the two musical forms have traveled together. As a result, artists have been creating hybrid sub-genres for decades.

First, on the East Coast Run-DMC and Aerosmith mashed up Rap and Classic Rock. On the West Coast, bands like Suicidal Tendencies and Ice-T’s Body Count married Hip-Hop and hardcore. Limp Bizkit and 311 further blurred the lines by adding Alternative Rock, Punk and even Ska. And then there were the Beastie Boys. From both coasts they created a completely unique b-boy bouillabaisse.

Fast forward to the present day, and enter Black Hesher. On the new album “Rituals,” the San Diego artist takes cues from all of the above, incorporates them, disregards them and makes something entirely new. Each of the twenty songs on this epic LP had me moving, and rewinding.

To say the record is stylistically adventurous would be an understatement. Every sub-genre of Rock and Hip-Hop is represented, sometimes all at once. However, it is not chaotic. The record has a natural flow to it. From the opening Classic Rock riff of “Tidal Wave” to the acoustic grunge of “Return to Sender,” it all feels right. As listeners, we are pulled into Black Hesher’s world. It is one in which East Coast, West Coast, Rock, Pop, and Hip-hop are all fair game. They are one and the same. It is all just music.

Like the Beastie Boys’ masterpiece “Check Your Head,” the songs on “Rituals” are built on samples of live instrumentation. For example, almost all of the beats consist of acoustic drums and bass. Rock instruments were recorded, mixed, and then cut and pasted into Hip-Hop rhythms. The result is organic, tangible.

Above all else, “Rituals” is about guitar and vocals. The record moves seamlessly from old-school punk (“Hurry up and Wait”), to Country-tinged blues (“Cellar Door”), and Hardcore Metal (“Then What”, “Body Check”). In each case, the songs feature excellent guitar playing and some devastating mic control.

If you have a pulse, you’ll be dancing to “Old School” and banging your head to “Body Check.” Lyrical themes range from break-up songs to deeply personal philosophical meditations, and Eminem-style rants. Some of my favorite moments come in the form of old-school rap shout-outs and posturing. There are notable guest vocal appearances from Lia Marie, Sarah Rachel, J Andrew, Zoe Deer, and Big MIC.

Do yourself a favor. Set aside some time to check out “Rituals” on Spotify. Make sure you account for frequent rewinding. And follow the links below to connect with Black Hesher. Stay in the loop on his current and future projects.

Listen to Rituals on the Deep Indie Dive playlist