The Beautiful Absurdity Of -lIne- 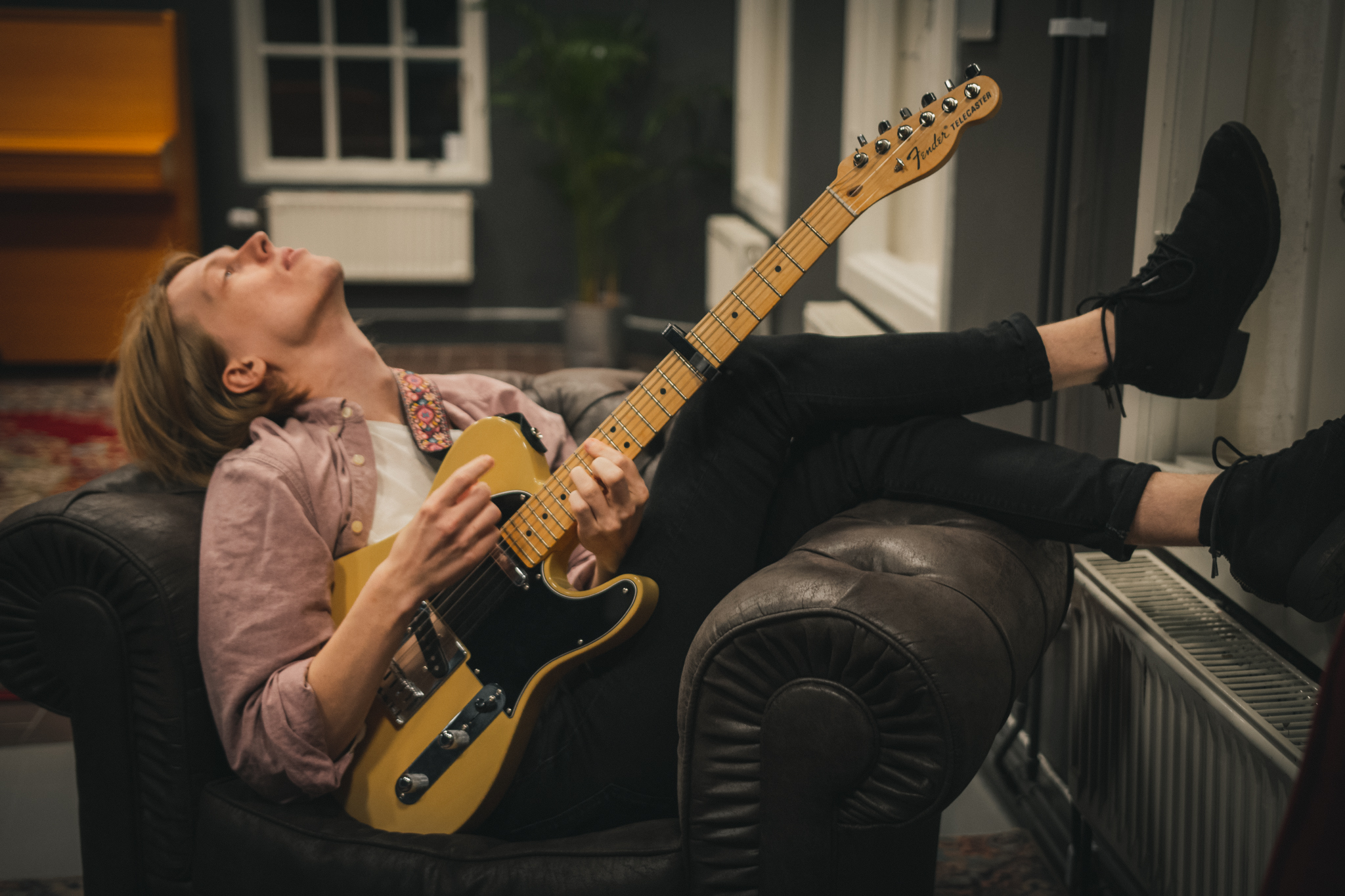 -lIne- is the strange and beautiful new project from Swedish guitarist and vocalist, Kristoffer Hilmarsson. His previous work included stints in a number of different bands. He also performed as a solo artist in his words, “at almost every open stage in Sweden.”

Hilmarsson eventually decided to take his solo work more seriously. So he hit the studio in May of this year, armed with a Telecaster, that angelic voice, and a handful of gorgeous and slightly insane songs.

To date, -lIne- has released three singles. Each is centered around Kristoffer’s pristine guitar playing. His finger-picked Fender is not encumbered by any effects, with the exception of a subtle and roomy reverb. His songs are structured like Jazz pieces, but with a folky and melodic delivery. As a result, they are complex arrangements that sound simple and singable.

Kristoffer is just as skilled vocally as he is on guitar. His soft tone and wide range match the easy sophistication of his guitar playing. The singer flows easily from tenor to soprano without a waiver, and without any tricks. He sings with the skill of a broadway performer as he delivers his off-color stream-of-consciousness lyrics.

The track Lovely Name reads mostly as a fantastical love song peppered with a sort of absurdist comedy. The primary setting appears to be a romantic summer afternoon. However, the song steps back and forth between that scene and images of time travel and nation building.

Similarly, Where You Are – Live at the Bakery is mostly a love song. This is the only track of the three which features Kristoffer unaccompanied. He performs mellow six-string acrobatics and sings like operatic soprano while delivering lines like, “My heart is leaving my head and climbing over the fence, where you are.”

And then there is “I Wanna Kill You in the Shower.” The title sounds like something from a Slipknot album. Musically, it is lovely. It has the vibe of an easy 1970’s Pop song. The lyrics are exactly as the title suggests, delivered with expert execution and an earnestness. Imagine an alternate universe in which the Carpenters were to write and record the theme song to Psycho. This is that song.

-lIne- is an exciting and strange new project. Hilmarsson promises more music to come. I will be listening. Follow the links below so you can too.