Black Hesher Steps Through The Looking Glass on “Portals” 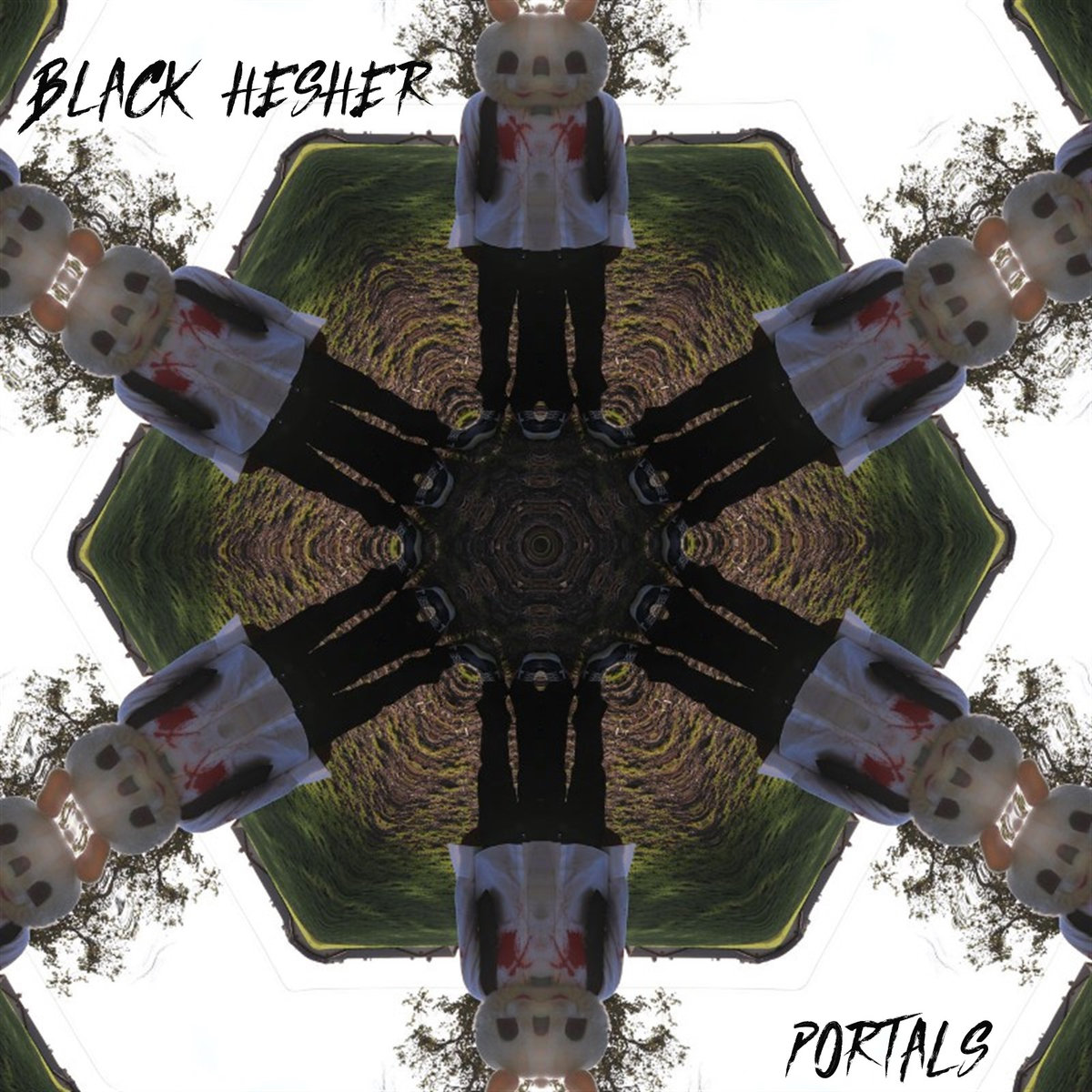 Last month I featured the album “Rituals” by San Diego rapper/rocker, Black Hesher. The album is a complex pastiche of genres and heady emotional content. It weaves in an out of musical styles and ties them together into something unique to the artist. I loved the record and was already looking forward to more.

However, I had no idea that call would be answered so quickly. The prolific artist is back with a second installment. “Portals” is a collection of nineteen songs that push Black Hesher’s (aka King Shem) stylistic envelope even further. With nods to Alice in Wonderland, Peter Pan and Pop culture references past and present, it is a fascinating Yin to the Yang of “Rituals.”

Yin to the Yang

Shem explains, “This is the companion album to “Rituals.” “Portals” is a rawer sounding continuation of the themes explored on “Rituals”. A collection of songs recorded during the “Rituals” recording sessions mixed with a batch of innovative remixes of a handful of tracks from the Black Hesher debut album. Together both albums complete the cycle.”

The new record is indeed grittier than its predecessor. There is a little more dirt on the guitars and a bit more bite in Shem’s vocal delivery. As an example, the album leads off with an in-your-face angry rocker, “Serves You Right.” Though it is not just guitars lending to the raw feel of “Portals.” The Hip-hop is edgier, landing rhymes like punches. And it is not just about volume. Even the quiet moments on the record cut a little closer to the bone.

Throughout the album Shem explores themes of addiction, recovery and heartache. Often they are presented not as separate issues, but as three faces of the same circumstance. For example, on the excellent “Never Never Land,” between references to Chris Cornell and suicide, Shem raps, “rehab, relapse, its the same old shit.”

Fortunately, even with the heady subject matter, this is a banging record. Once again Shem explores musical genres with total disregard for the barriers that lesser artists see between them. On tracks like “Hot Fuzz” and “Skeletons” he tells his story with hardcore guitars. Songs like “Shotgun Weddings” take on a more traditional Hip-hop beat, but even then he peppers the lyrics with references to Kurt Cobain and Ozzy Osborne. This kind of hybridization is heaven for a schizophrenic music fan like me.

Some of my favorite moments come in the album’s biggest creative stretches. “Clouds” is an excellent song that blends Dream-Pop and Hip-Hop into an unlikely success. Similarly, Shem dug down deep in the record bins for crazy creative beats on tracks like “Flamingo” and “Fish Sticks.” The two-album journey ends with “Endless,” a psychedelic soundscape over which Landon-William Peterson and Sarah Rachel recite a poem/dream.

Together and individually “Portals” and “Rituals” are significant achievements in style, substance, and form. In the end I am not sure what to call it; Rap, Rock, Alternative? It doesn’t matter. This is just great music.

Listen to “Portals” on Spotify and follow the links below to connect with Black Hesher.