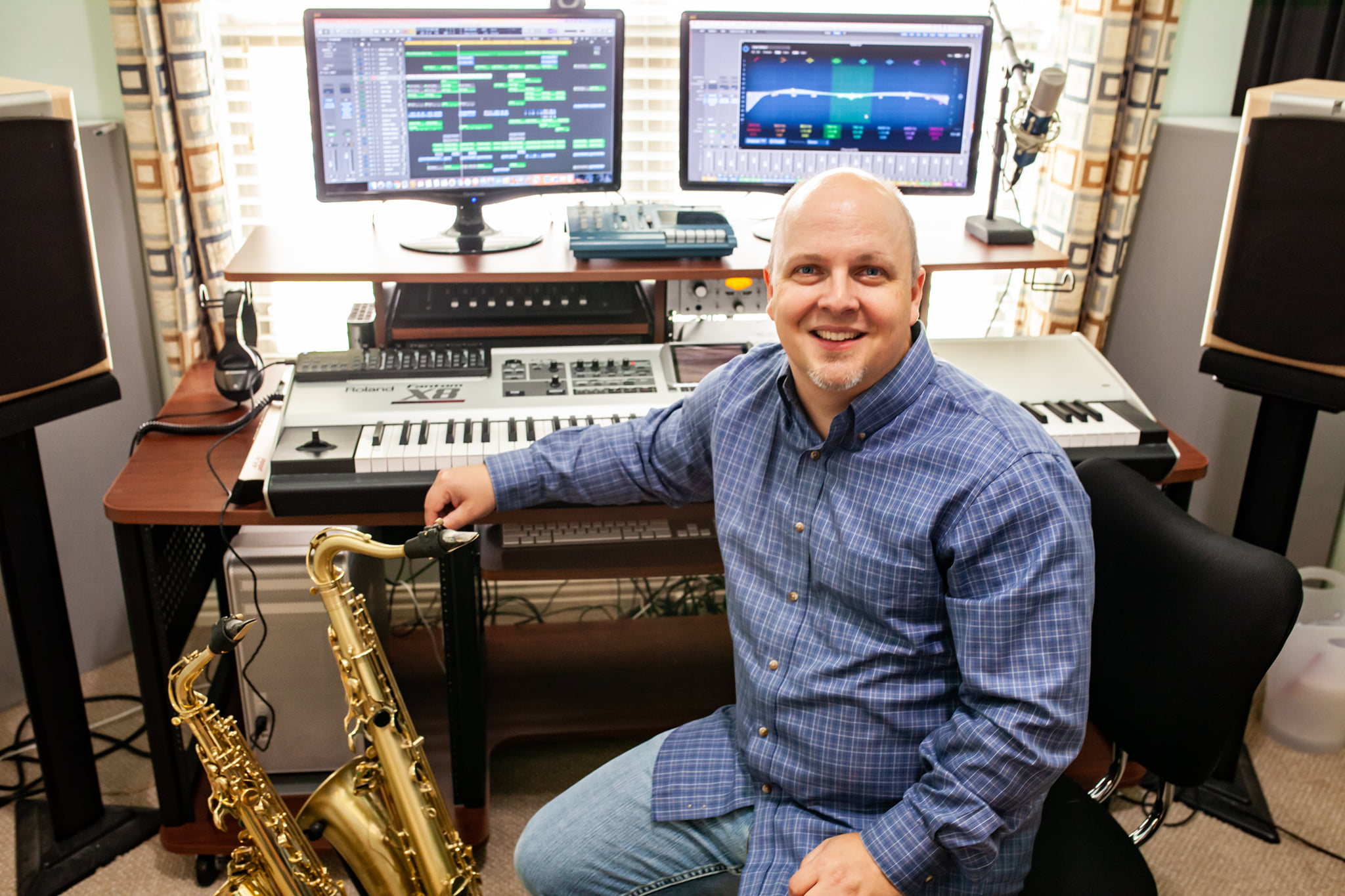 Some people have cool jobs. For example, Nathan Madsen writes music for video games. That is cool. Specifically, he is an Austin, TX based professional composer-sound designer who has supported over 575 projects in the video game, anime, web design and indie film markets.

Madsen’s credits are extensive. For instance, if you have played Ninjatown, Afro Samurai or are familiar with Dragon Ball Z, then there is a good chance you’ve heard his music. Recently Nathan composed and recorded “Atlas’ Gospel” for the indie video game “Skatebird” by Glass Bottom Games.

“Atlas’ Gospel” is a modern Jazz piece that blends traditional instrumentation with contemporary rhythms and riffs. The track opens with some percussive Leo Kottke-style acoustic jazz guitar. A Lo-fi Hip-hop shuffle beat introduces the rhythm and is shortly joined by a bass guitar.

The rhythm section remains the anchor throughout the song as various melodic instruments work their way in and out of the mix. In addition to the guitar, analog and digital keys add to the textured piece. For instance, I really like the way the piano and organ play off of one another. There is also a fun anachronistic refrain from a be-bop horn section.

How He Does It

Through his company “Madsen Studios,” Nathan has a number of musical projects on the horizon. He also hosts a really interesting and informative YouTube channel. In addition to behind the scenes videos from his studio, Madsen also provides tips for those interested in getting their own cool job in the world of video game music.

Follow the links below to connect with Madsen Studios and stay in the loop on Nathan’s current and future projects.