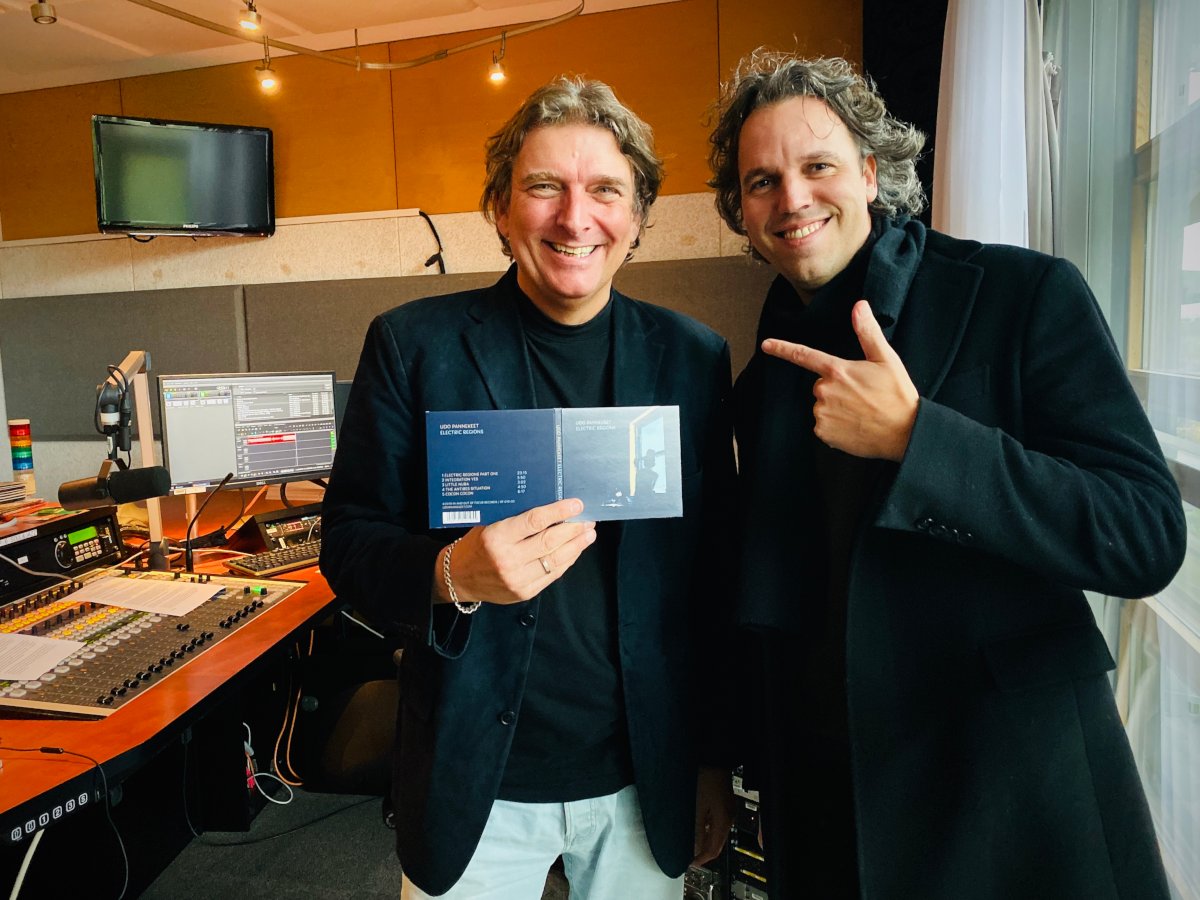 On his latest release “Electric Regions,” Dutch musician Udo Pannekeet explores musical styles like they were points on a map. Pannekeet is a bass player, composer, studio boss and producer. He wields these tools with the experimental zeal of an alchemist. As a result, through technology and technique he tests and then collapses the boundaries between rhythmic and melodic instruments.

“Electric Regions, Pt 1” is the record’s epic twenty-four minute first track. The tune opens with a bass and synth duet. Udo’s six-string fretless bass eventually kicks up a little Hendrix-style feedback to transition into the next segment. The bass-as-guitar moment is the first indicator of a theme of the piece. Over the next twenty minutes the bass will also sound like keys and the keys will sound like horns. And then the bass will also sound like horns. Furthermore, to keep us on our toes, actual horns and guitars join the tune at various points.

As the track builds momentum it flows from an electronic music inspired percussive section into a looser, Bitches Brew style fusion jam. Udo’s curiosity carries us through a number of other stylistic explorations. For example, a Pat Metheny style four piece improv builds into an African rhythm with Santana-esque guitar. Eventually that segment too breaks down into a psychedelic Acid Jazz jam.

In less capable hands, all of this genre-hopping could feel chaotic. However, Udo and his band of virtuoso players ride the waves with ease. As a result, the transitions are smooth. The piece is cohesive and complete. To accentuate that point, the tune comes full circle with a few more Jaco-style fretless bends in the completion of the bass and synth duet from the intro.

The second half of the Electric Regions album is split into four separate compositions. They further explore genres and styles, from Jazz/Rock fusion (Integration Yes) to industrial music (The Antibes Situation).

In the Netherlands, Udo is known for playing in the Tim Langedijk Trio; with singer Lucy Woodward (Snarky Puppy). He also tours the world with Focus, the band behind the hit Hocus Pocus.

Follow the links below to connect with the artist and stay in the loop on all of his current and future projects.