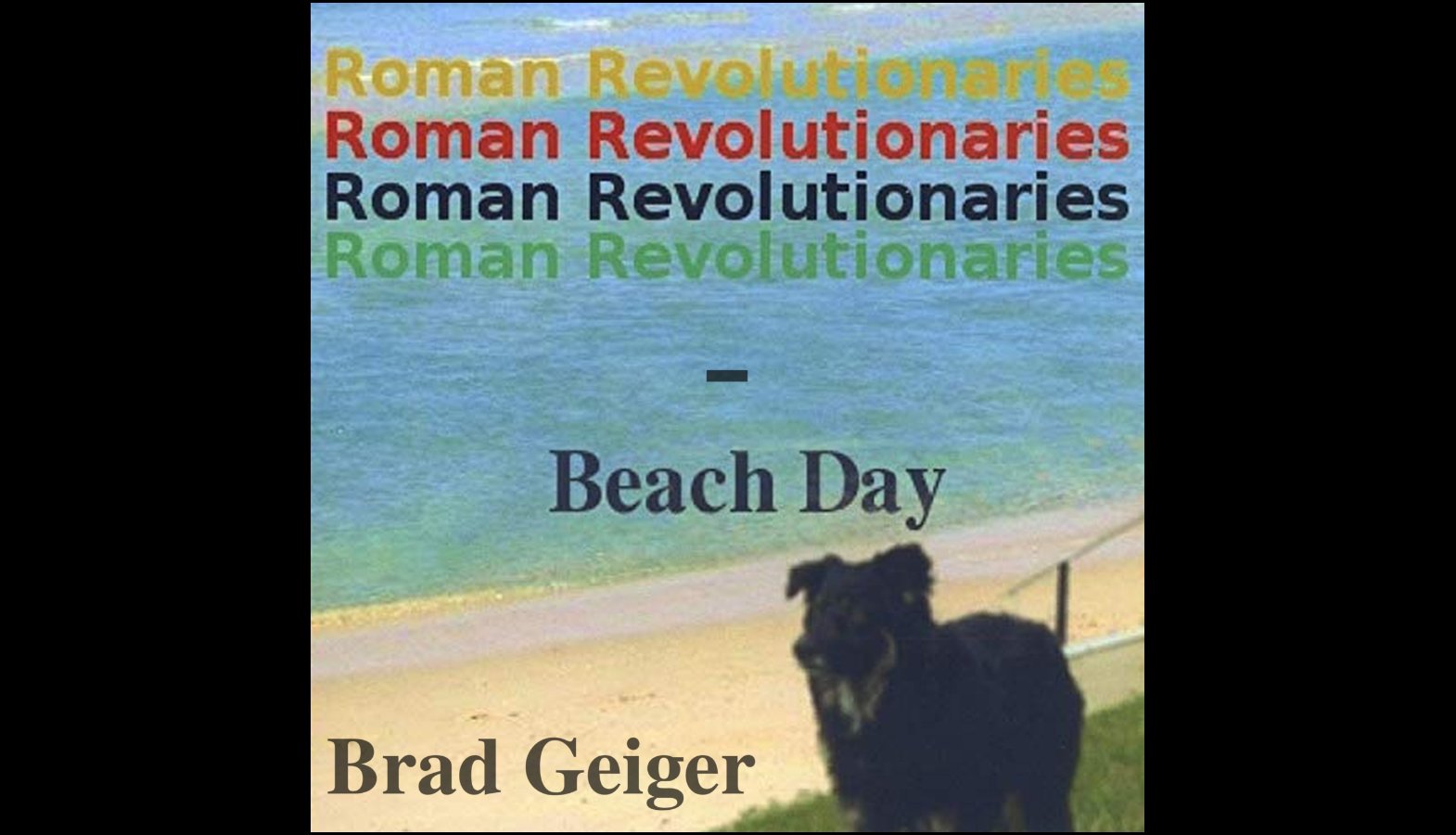 Brad Geiger is an interesting young artist. He is a songwriter, multi-instrumentalist and even an author. In that capacity he published a book on robotics entitled, “Suggestions For Automatics.”

Brad’s varied interests were no doubt influenced by his travels. For example, while living overseas for three years he traveled the globe, criss-crossing three continents. Travel has been a theme throughout Brad’s life. He says he grew up in seven different towns across the United States, including Reno Nevada and Los Angeles California.

He now calls Sheridan, Wyoming home. There, under the shadow of the Bighorn Mountains, he makes music. The eclectic and prolific artist has released a series of experimental Rock albums in just the past year.

The fourteen track “Roman Revolutionaries: Beach Day” explores the artist’s broad range of influences. His unique sound bends and blends multiple genres into a style all his own.

On the record I can hear influences from Alternative Rock styles spanning the last three decades. He delves into 1980’s New Wave, 1990’s Alt-Metal, and modern Dream-Pop. Sometimes, all at once. The album is a sonic gumbo in which industrial drum beats are matched with lo-fi pop songs. It is a wildly creative sound.

Brad alternates between instrumentals and vocal tracks. Most of the tunes move quickly and are less than three minutes long. They flow together like smaller pieces of a whole. He gets particularly creative on the instrumentals. For example, “Alphabot Rock” is a wild track that pairs African percussion with a mix of analog and electronic instrumentation.

Vocally he channels a broad spectrum of influences. As a result, songs like “Elle M’aime” and “Elapses” bring to mind eighties Alternative heroes like Morrissey and Robert Smith, respectively. Throughout the record his intentionally distorted organ sounds and industrial beats hint at a Nine Inch Nails influence.

Instrumental numbers like “Allure,” “Amazed” and “Roast” also wear their retro-Alt hearts on their sleeves. The song “Round for You” is a high point. The track’s creative instrumentation and processed vocals remind me a bit of experimental pioneers, The Residents.

“Roman Revolutionaries: Beach Day” is an extremely creative record from a unique and talented artist. Listen to it on Spotify, and follow the links below to connect with Brad.