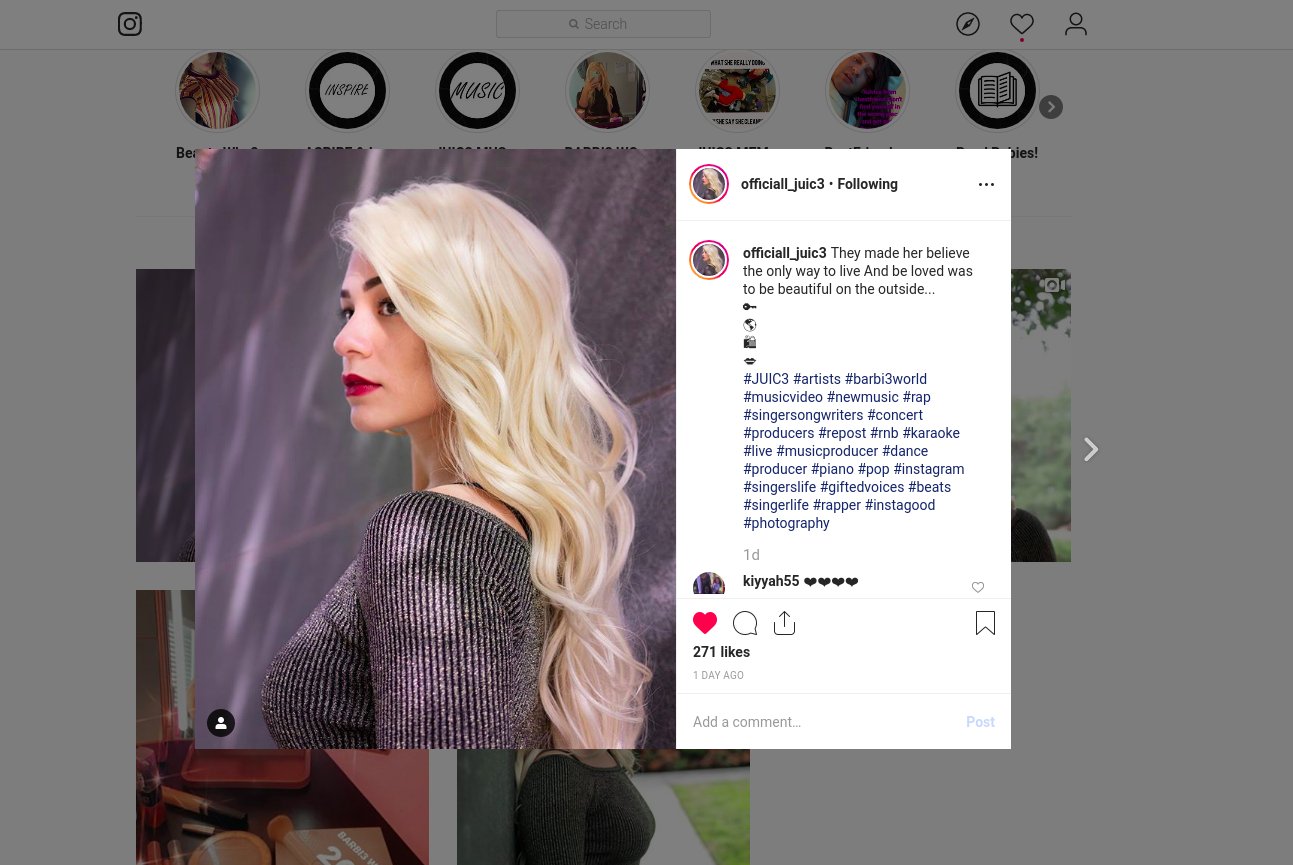 We first heard from Modern R&B singer Juic3 back in October. That is when she released the video for her song “Same.” The song was a stark R&B groove with elements of Trip-Hop.

In recent weeks, Juic3 has been teasing a new release. The promotions have come in the form of cryptic Instagram posts. Each post vaguely references something called “Barbi3 Workd,” and the pictures have mysterious captions like, “They made her believe the only way to live and be loved was to be beautiful on the outside.”

Juic3 tells StaticDive.com that the new single will drop in February. She says, “The song is about a girl caught up in being perfect, trapped in the status quo of what beauty is… trying escape from the world of social media. But in a world influenced by social media , the internet, and television. Leaving seems impossible.”

Follow the links below to watch the story unfold.