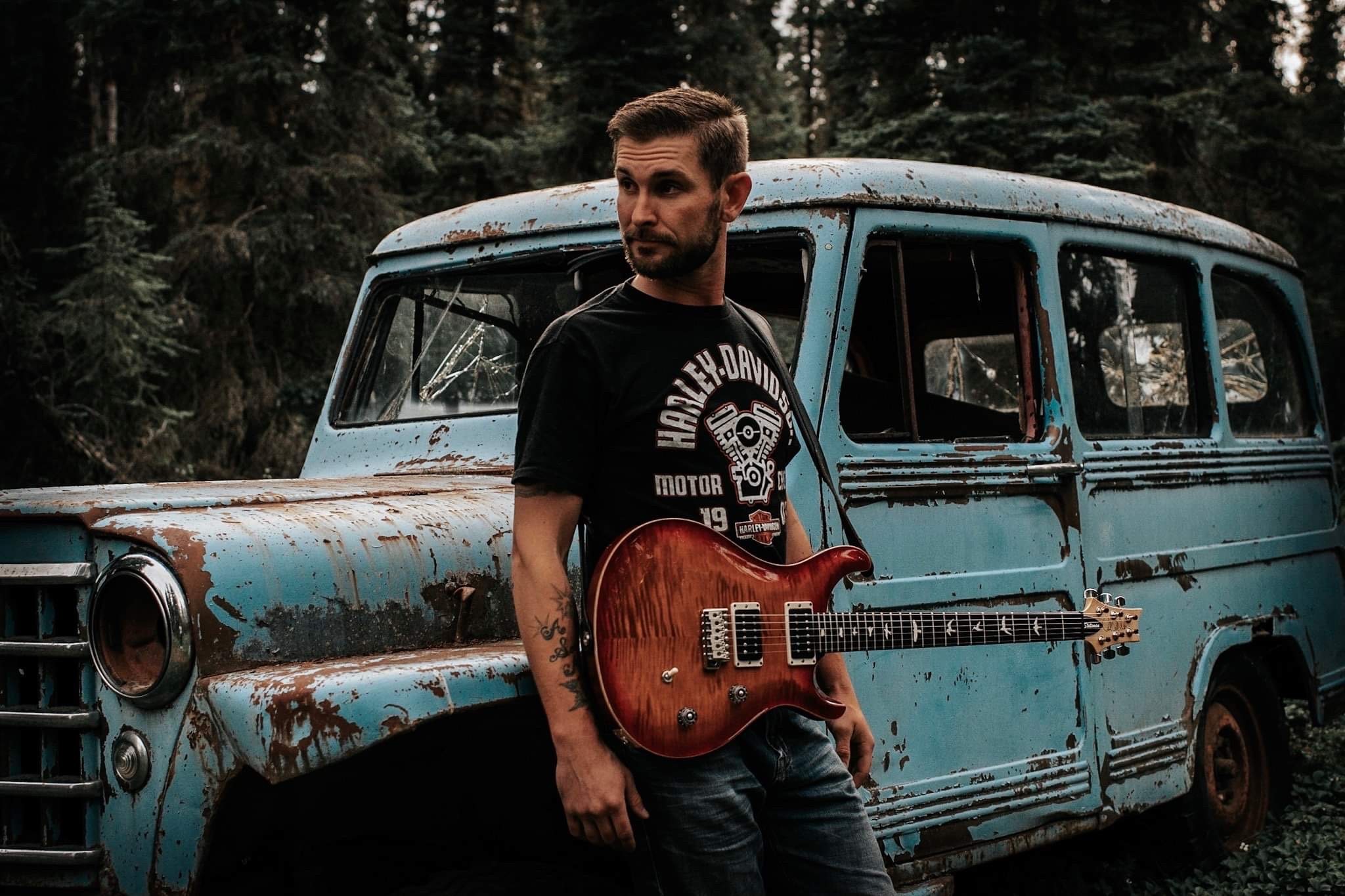 There are not a lot of rules in Rock & Roll guitar playing. However, one law of six-string slinging is indisputable. That is, if you own a Paul Reed Smith guitar you’d better know how to play it.

Jake Stutsman doesn’t just own a PRS. His is so customized that it has his name printed on the headstock. The obvious follow-up question is, can he play? The answer is a resounding, “YES!” He doesn’t just play his axe, Jake shreds blues and rock riffs like he was born to. But that’s only part of the story.

The thirty year-old musician has his hands in all areas of the creative process. He is an Indiana native now living in South Central Alaska. From his home studio he has spent the last two years composing, recording and Youtubing badass guitar instrumentals. The music is excellent, and the show is too.

“Roll the Dice” was his first single. It’s an upbeat riff-heavy Chicago blues instrumental. Jake’s smoking blues lines are backed up by an air-tight rhythm section and some well-placed horn blasts. In November he released the video, shot (appropriately) on the streets of Chicago. It’s a lot of fun. I particularly like it when he dispenses with formality and hangs his tie from the end of his guitar. Check it out…

The new single from The Jake Stutsman Band is a slower blues piece titled, “Lost in You.” Jake lists Carlos Santana and Stevie Ray Vaughn as his two heroes. If we see Carlos in his choice of guitar, we can definitely hear Stevie in his playing on “Lost in You.”

Like the legendary Mr. Vaughn, Jake keeps it mostly in the blues column. However, he rocks the distortion pedal just enough to make it dirty. His playing is smooth and melodic, with just an occasional flash of speed here and there. It is a beautiful tune.

Jake says, “it is an emotional piece that i want the listeners to interpret on their own.” To that end, he is not divulging his inspiration for writing it. However, he did produce a Youtube video explaining the production process. Also, his incredibly cute kid makes a cameo.

Check out “Lost in You” on Spotify, and follow the links below to connect with Jake Stutsman. With two excellent tracks under his belt and more already on the way, I think we will be hearing a lot from the talented young guitar player.