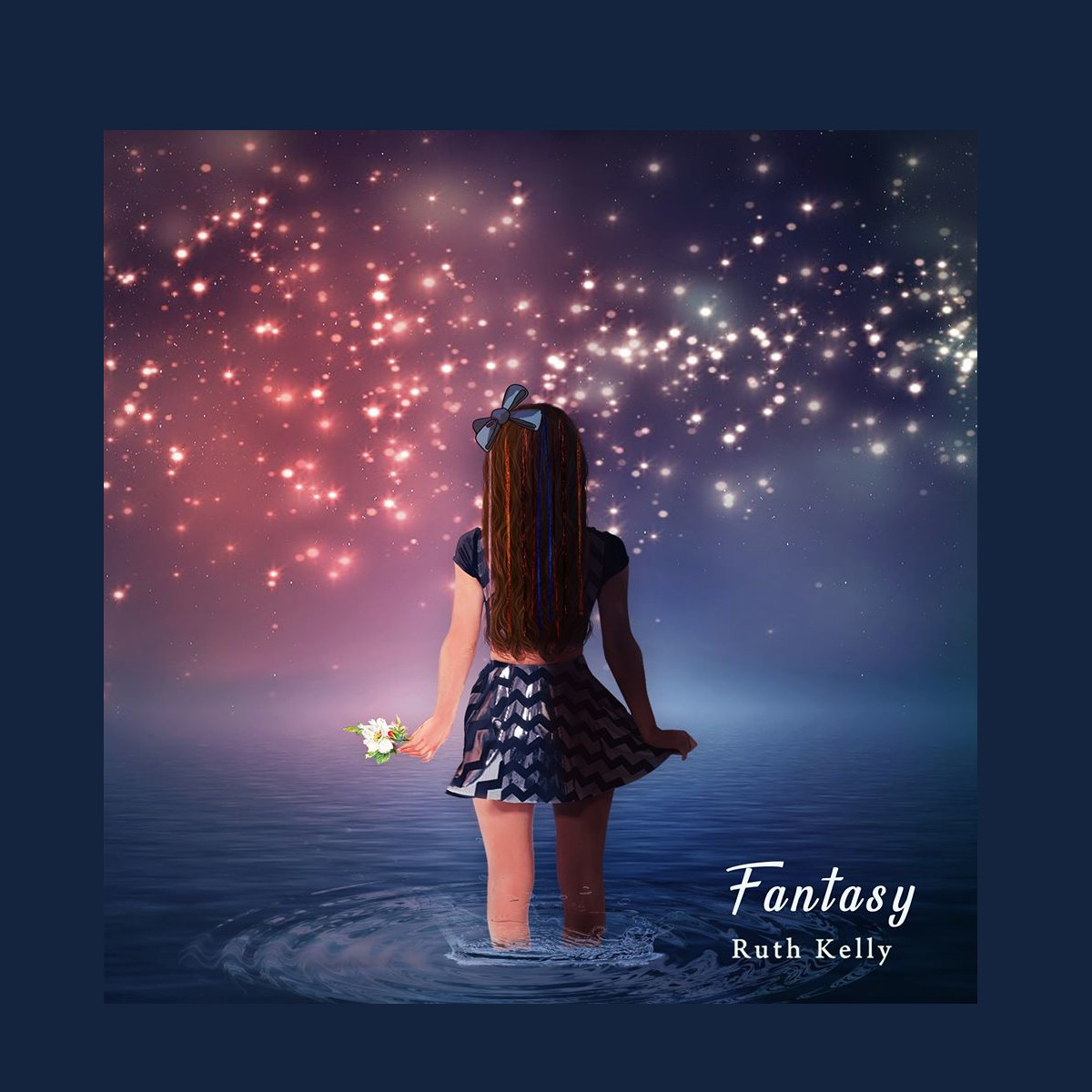 Ruth Kelly has been performing music all around the UK since she was seven years old. In recent years the singer has focused on songwriting. She says, “I spent many years living a life that was not what I woke up and dreamed of everyday. So now I am not giving up.”

Judging by her fans’ response, she made the right choice. “Fantasy” is Ruth’s sixth single released in the past year. Her previous songs have accumulated over 60,000 spins on Spotify alone. And she is just getting started. The new single has already received early, enthusiastic support from “BBC Music Introducing.”

“Fantasy” opens with a pulsing, rhythmic electric guitar. A subtle but trippy delay pans the sound left and right. The addition of a simple, airy keyboard melody and some groovy percussion lend a touch of psychedelia to the track.

The driving rhythm, first set by the guitar in the intro, is persistent throughout the tune. However, it gradually grows more electronic as the song progresses. Guitars give way to keyboards and acoustic percussion morphs into a drum machine. It is a really cool and tasteful production technique.

Kelly is clearly a trained and talented singer, with a voice that is equal parts Pop sweetness and Rock & Roll attitude. She sings of a love affair which starts as an infatuation. However she realizes she is being manipulated. In a beautiful descending melody Ruth sings, “This fantasy is mine, but you made it up. If this is love, I don’t want it.”

Like many musicians, Ruth is taking advantage of the current worldwide lockdown to work on new songs. Check out Fantasy on the Deep Indie Dive playlist and follow the links below to stay in the loop on all of Ruth’s current and future projects.