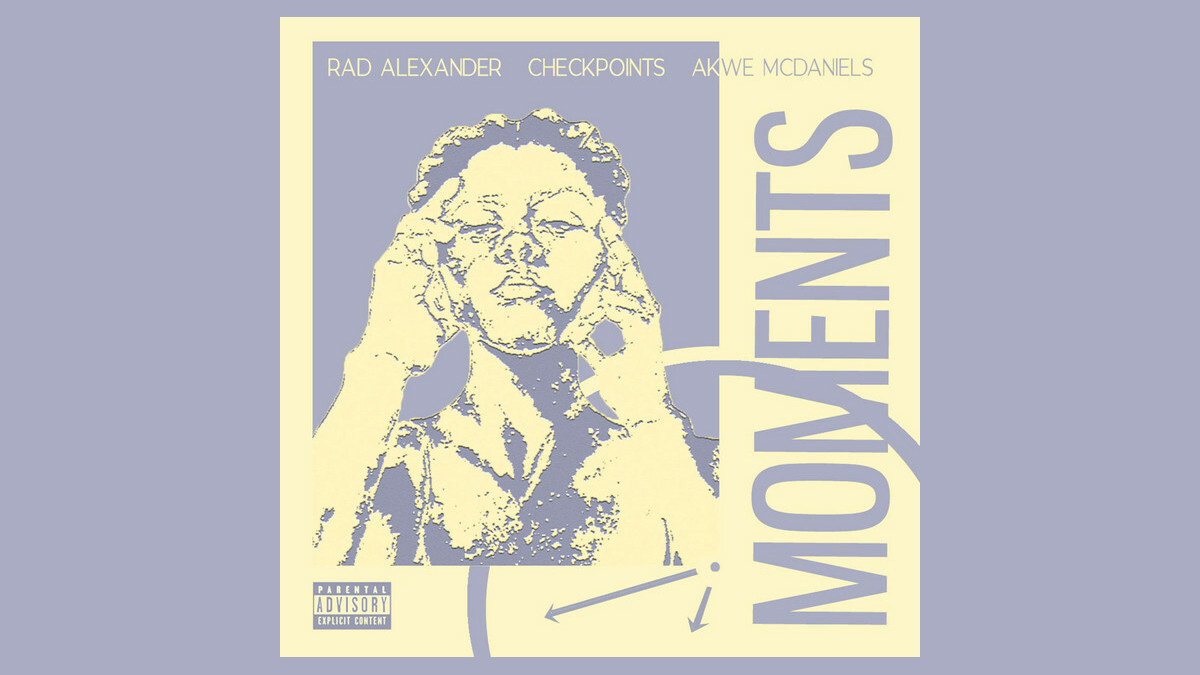 CHECKPOINTS is a 19-year Toronto-based musician, also known as Strange Waves, also known as Rory Moldofsky. The young artist’s many names reflect the varied facets of his talent. Rory is a hip-hop beat maker, a jazz composer and a genre-fluid producer. In his own words he is, “attempting to walk the line between gritty hip hop producer and abstract musician.”

However, I’d say he is disregarding that line completely. The new Checkpoints single, “Moments” is a wonderfully unclassifiable groove. The tune opens with an old-school Hip-Hop shuffle. It doesn’t stay in that lane long though, as be-bop Jazz horns (featuring Gabriel Paul on trumpet) come into the mix and dance around the beat. A smooth electric piano sets the mood for the track. A mix of sampled and live instruments join the Jazz ensemble throughout.

During the first half of the song, guest vocalist Akwe McDaniels contributes a cool and meditative melody. Her mellow R&B mood combined with the Jazz vibe reminds me of some of Quincy Jones‘ orchestrations from the 80’s. That’s good company. Rapper Rad Alexander then takes the lead with a bit of social commentary. With a beat poetry-slam style he ruminates on the lack of substance in our modern culture.

As the tune rolls out, all of its various components come together. McDaniels sings the refrain over a jazzy groove. By this point it doesn’t really matter in which genre the track belongs; R&B, Jazz or Hip-hop. Rather than worry about such things, the listener is better off taking Alexander’s advice as he repeats the song’s mantra, “Just vibe.”

You can hear “Moments” on the Deep Indie Dive and the Deep Indie Beat playlists. And follow the links below to connect with Checkpoints. The talented young producer already has a lot of music to share and he’s just getting started.