Maz Michigan Drops Hypnotic Knowledge on “Most of the Time” 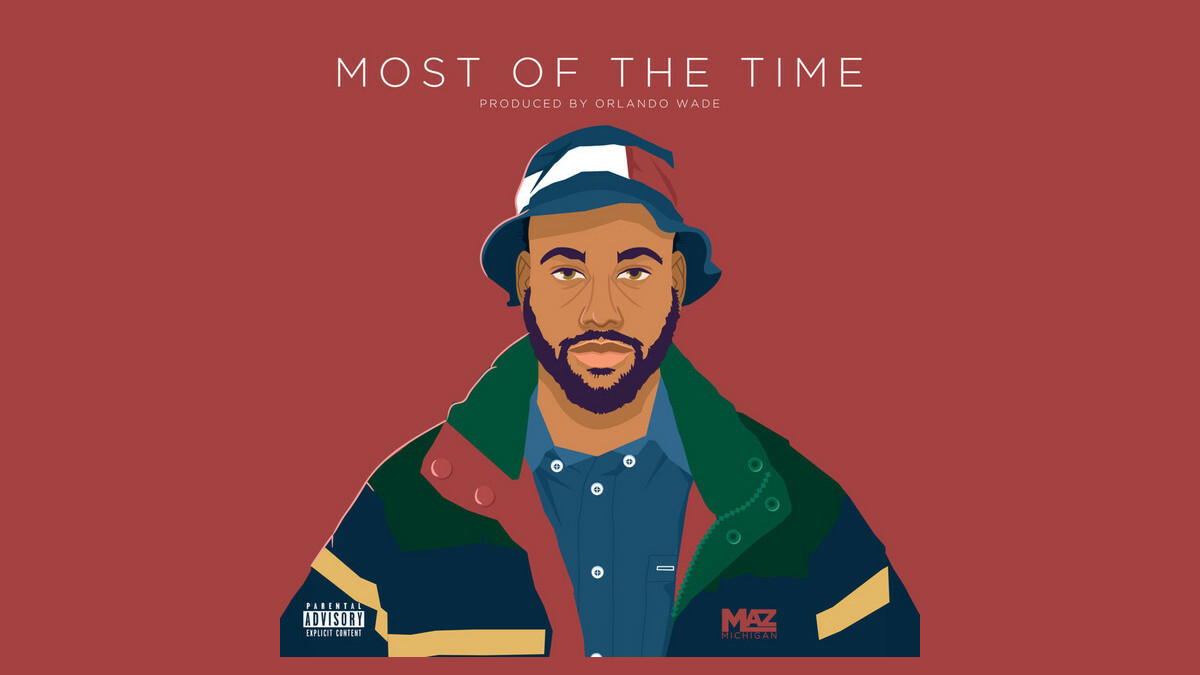 Detroit rapper Maz Michigan has been making his unique and musically versatile hip-hop for the better part of a decade. He is a songwriter, producer and curator of local talent in Motown. Through collaborations and showcases he works to promote his own music as well as that of other talented artists in his hometown.

“Most of the Time” is Maz’s new 6-song EP and his first music released in 2020. The record shines a light on both his formidable lyrical skills as well as the creative and sonically psychedelic production style of Orlando Wade.

In some ways the EP is split down the middle, in terms of substantive content. The first three tracks delve into political and personal reflections while the last three slide away from the heavy and into the fun. However, from beginning to end a trippy and super-creative production ties it all together.

“The Feeling is Back” introduces the sound with a heady mix of chanting monks, religious imagery, and social commentary. “Beyond Your Fears” follows with spaced-out delay effects on the vocals and a really cool mix of synths and guitar feedback. Maz reflects on personal demons and personal growth as he advises, “You gotta learn to live beyond your fears.”

The title track, “Most of the Time” he raps about the hardship of growing up an artistic kid in a tough neighborhood. With elements of Ambient and Trap the track rides on a really cool chill-out beat. “Soundz” digs even deeper into the mind altering production with synths, guitars and wild vocal effects.

The record ends on “Come Thru” and “If…” The two songs work together as a team of slow jams, filtered through a kaleidoscope. The mix of deep synths, flanged bass and guitar samples paint a sonic image as interesting as the lyrics are sexy.

“Most of the Time” is available on all major streaming platforms. Check Maz Maz Michigan on the Deep Indie Beat playlist, and follow the links below to sonnet with the artist.