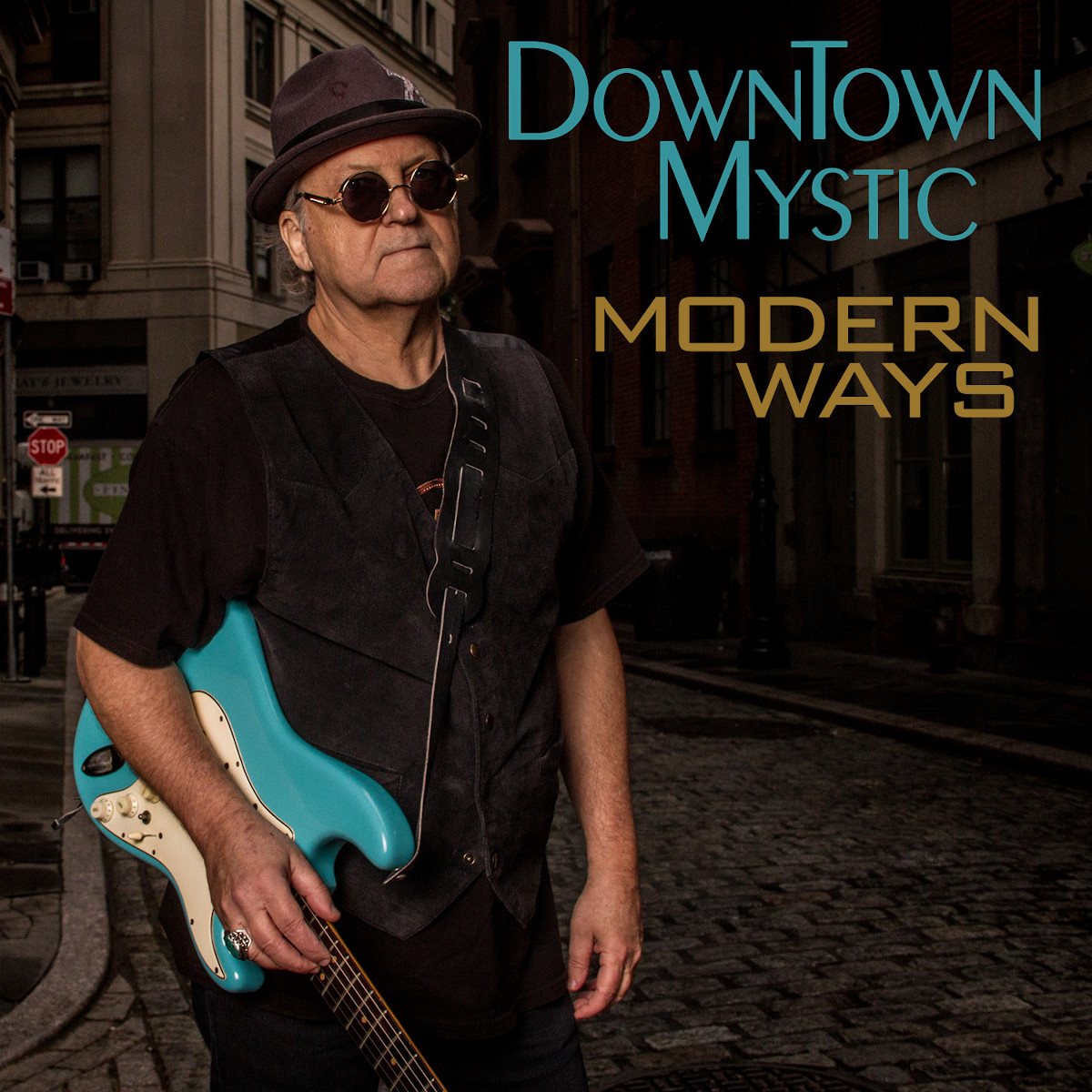 Robert Allen is the modern vintage East Coast rocker, otherwise known as DownTown Mystic. His unique brand of Classic Rock infused music has appeared here on The Static Dive previously. Last year he released the optimistic single “The Wish” which turned out to be an advance on the full album “Better Day.” I covered the title track in January when the full album dropped.

DownTown Mystic is back with brand new music for 2020. Whereas Robert’s previous singles were idealistic views of a brighter future, his new track “Modern Ways” is a realist’s take on the challenges of living in our noisy world of internet scams, bad politics and intrusive advertising. However, this sobering message is delivered via a super-fun Chuck Berry-style barn-burning guitar rocker. From the first note to final slap of the snare drum, the song rocks with searing guitar leads and a hard-hitting, in-the-pocket backbeat rhythm.

With lyrics from today’s headlines and music from the pages of Rock & Roll history, “Modern Ways” will strike a chord with listeners across the globe. The single was released to Worldwide Radio and is already on over 300 stations in 17 countries. On the recording Robert is joined by drummer Steve Holley and bassist Paul Page, from Ian Hunter’s Rant Band. Lance Doss (John Cale, Sidney Green Street Band) delivers some really sweet lead guitar.

About the song Allen says, “This is such a scary time with this pandemic because everything just seemed to stop in its tracks. Stores and businesses closed and people were made to stay home. It’s really strange. Of course, this also brings out the scammers and spammers trying to take advantage and rip people off and that is what Modern Ways is talking about.”

“Modern Ways” is available on all major streaming services. You can also hear the song on the Deep Indie Dive playlist. Follow the links below to connect with DownTown Mystic.

Farewell to a Friend