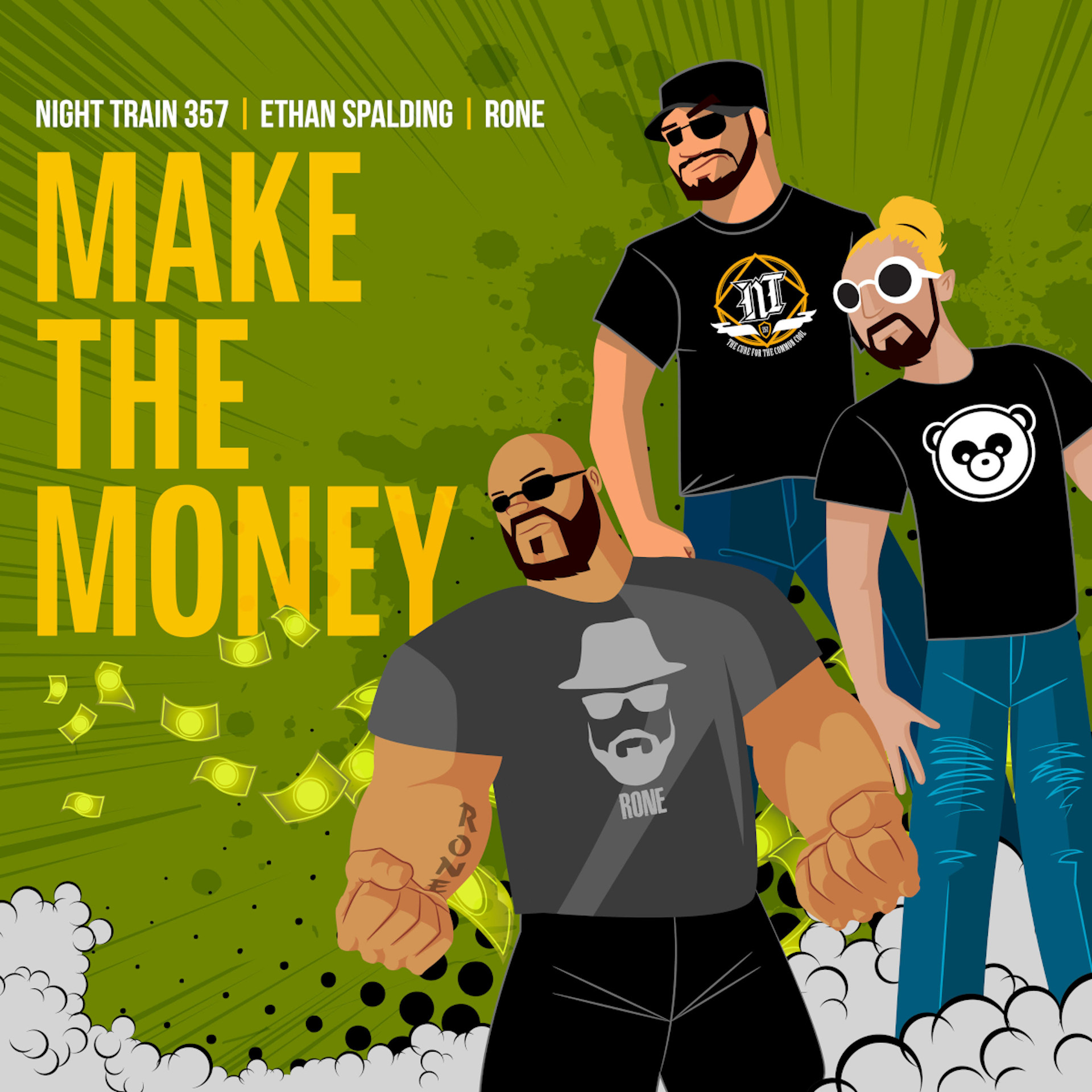 Night Train 357 (pronounced “three-five-seven”) is a multi-faceted, multi-talented Hip-hop artist from the Washington, DC area. He’s a rapper, visual artist and even a martial arts expert. Train has spent much of the past decade releasing a steady stream of original Hip-hop and making a name for himself in his hometown’s thriving music scene. His newest album, “The Nightlife” will be available worldwide for streaming and vinyl on August 21.

“Make The Money” is the second single from the forthcoming album. One part old-school hip-hop joint and one part financial management advice, the track has a lot of fun running through the ins and outs of M-O-N-E-Y. Night Train 357 and his cohorts somehow combine investment advice, break beats and booty calls into a funky and infectiously catchy jam. Train is joined by fellow DMV artists; Traprocker Ethan Spalding and Train’s frequent collaborator, Rone. Each rapper takes a turn at dropping financial science and humorous anecdotes.

The song is packed with rewind moments. There are subtle pop culture references throughout in which the rappers call out characters like the King of Pop, Michael Jackson and the Godfather of Go-Go, DC area legend Chuck Brown. All the three rappers have great flow and drop some hilarious lyrics. For instance, “That ass will make you call off the troops like, ‘What you fighting for?’,” is worth the price of admission on its own.

The music, produced by ADST, is a straight-up 90’s style hardcore banger. The tune will keep your head bopping with its droning bassline, old-school beat and a backing track that sounds like it was sampled from an old 1970’s TV cop show. And the “Man make the money, money don’t make the man,” hook will get stuck in your head and stay there.

Check out “Make The Money” on the Deep Indie Beat playlist. The song is also available for free download on Train’s Bandcamp page. However, if you choose to donate money toward the track, a portion of the proceeds will go towards helping performance venues in Washington DC, Maryland, and Virginia affected by COVID-19 and Black Lives Matter protesters. Follow the links below to connect with Night Train 357. Stay in the loop on all of his current and future projects, including the new album “The Nightlife” due August 21, 2020.