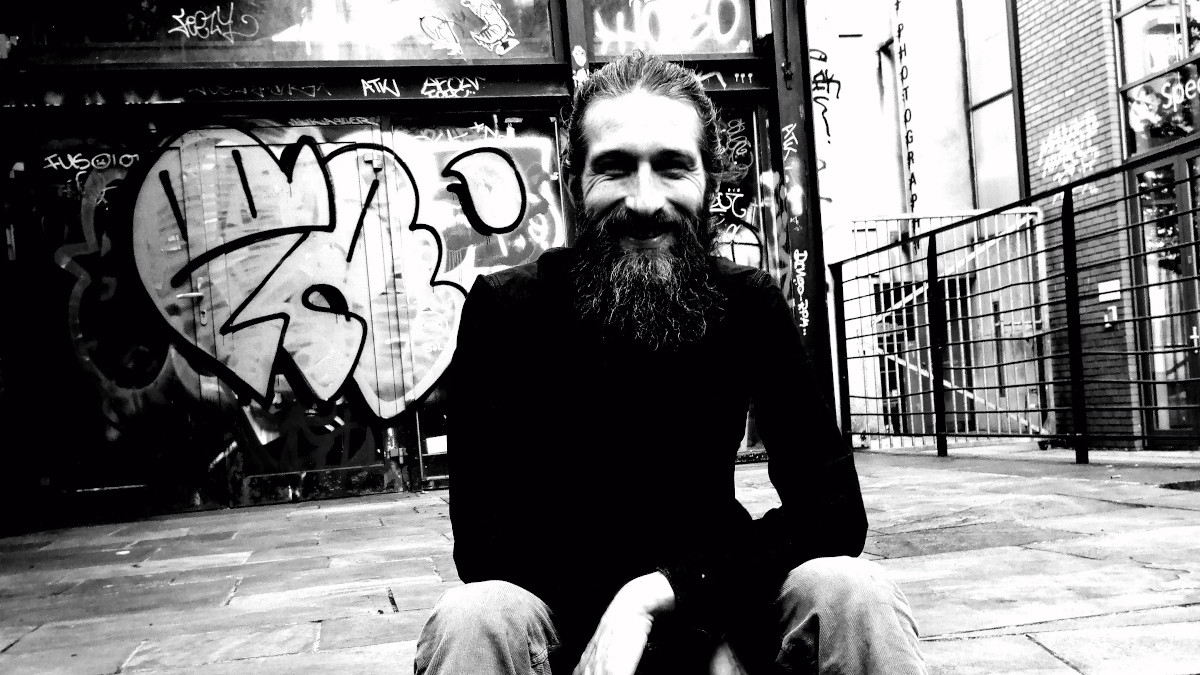 John Mac Naeidhe is an Irish singer, songwriter and multi-instrumentalist, known professionally as Ain’t Saint John. With folky, earthy tones the Dublin-based musician relays stories of the natural world around him and of the colorful history provided by the country of his origin. His latest is the single and video “Yola.”

“Yola” is Ain’t Saint John’s first release since the 2014 “The Grow Yourself EP.” The song opens as a simple folk song with an unaffected guitar and vocal. Gradually over the course of the first verse, strings and bass enter the mix. As he sings, John’s voice is joined by the beautiful rolling melodies and interwoven harmonies of female background singers. By the second verse the mix is a lush and intricate mesh of acoustic guitar and mandolin, double bass, strings and keys.

Yola is named for a lost dialect of Old English once spoken in the place where [I] grew up. It resulted from an influx of people associated with the Norman Invasion of Ireland. These people settled the baronies of Forth and Bargy in the south of Wexford and became known as the Yoles. Although use of the dialect had ceased by the mid 1800s, elements still remain in the accent and local turns-of-phrase.

The song is accompanied by a creative and avant-garde stop motion animation video. The short film was created by John Mac Naeidhe himself. Using the life of a fish as metaphor for the Yola language, he was able to incorporate an aquatic theme. The seas off the coast of Ireland are a frequent inspiration for the music of Ain’t Saint John.

Check out the video, and listen to “Yola” on the Deep Indie Dive playlist. Follow the links below to connect to Ain’t Saint John. Stay up to date on all of the current and future projects from this multi-talented artist.