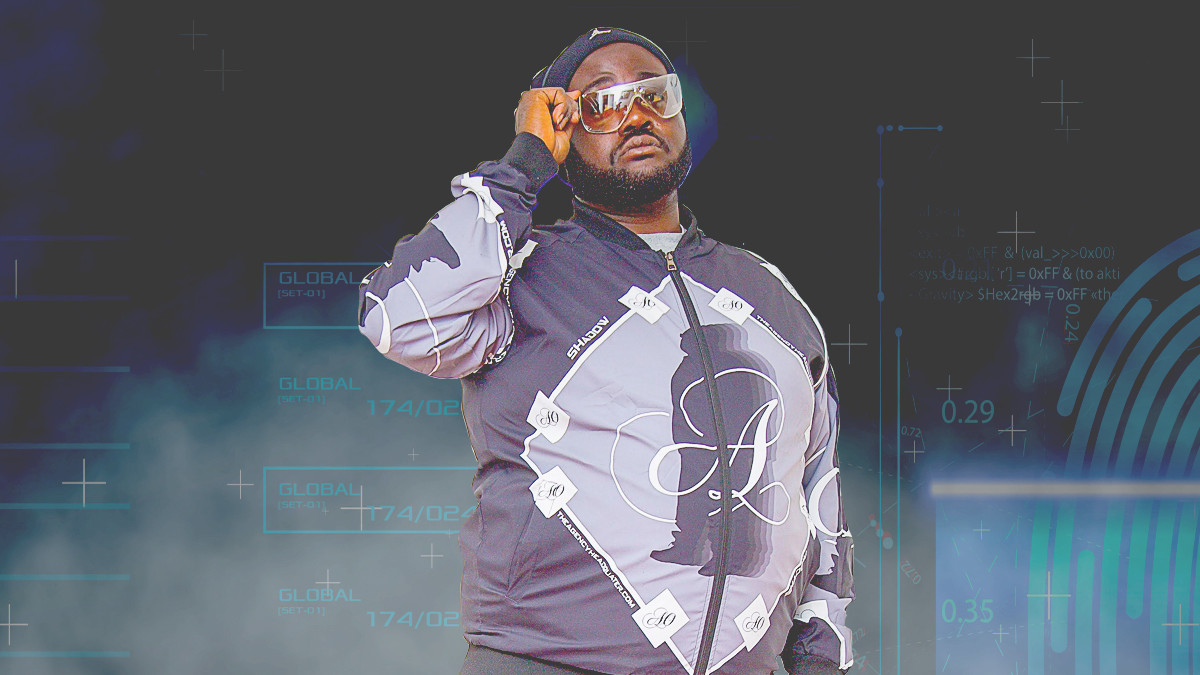 A.O. C.entral C.ommand is a talented emcee and aspiring Hip-hop artist from Hamilton, NJ. For the better part of the past decade, AO (Agency Operative) has been making music with a mission; change society, change America, change the world. To that end, AO has released a series of albums carrying his message of personal improvement and social commentary.

From 2011’s “Episode 1: Guerrilla Tactics” to his most recent album “Episode 4: Operation Blackbox,” AO has been dropping science and educating the masses with his insightful views on myriad social issues. With a keen eye toward socio-economic and racial disparities, AO speaks his truth from a soapbox built on funky breaks and classic Hip-hop grooves. Music is not his only platform however. The Agency Headquarters website is the online portal for all communications from A.O. C.entral C.ommand.

An album two years in the making, AO describes ‘Episode 4: Operation Blackbox’ as a lengthy labor of love. The 15 track LP chronicles most of the issues which he sees as fundamental flaws in our society. He fearlessly faces our most difficult issues, head-on. From decades of gun violence in America (“Coward With Power”) to police brutality against African Americans (“Illegal to be Black”), AO stares down injustice with confidence and skill. The album opens with the introductory “Episode 4: Shadow.” The short track presents the album’s theme of light and dark, knowledge and ignorance.

It represents the darkness in the light; when there is light in the darkness you see shadows. Shadows represent standing up to our fears in moments of crisis.

Stylistically the record rides on a soulful and funky mix of classic R&B grooves and old-school Hip-hop beats. AO’s entire presence is one of agitate, educate and organize. It brings to mind some of the best of 90’s Hip-hop. Legendary Hip-hop predecessors like Chuck D (Public Enemy) and KRS-One (Boogie Down Productions) mixed smooth 60’s and 70’s R&B samples with hard-hitting breakbeats to lay the foundation for their uplifting rap. They challenged listeners to better themselves and their situations through knowledge. AO skillfully works from the same playbook with a record that is as smart as it is funky.

The rapper speaks directly to the youth on tracks like “I Apologize” and “Victim of the School System” as he delivers both criticism and advice with a technique and flow that is as sharp as his message. Elsewhere on the record AO gets a little trippy and experimental. Track’s like “Dream out my Nightmares (DON)” and “Damsels in Distress” use overlapping hypnotic vocals and Trap rhythms to create an eerie funk. “Make A Way” is a particularly adventurous track. Musically it mixes acoustic drums, piano and gospel vocals as a backing track to AO’s scathing critique of organized religion.

“Episode 4: Operation Blackbox” is a richly nuanced record with a timely message. AO is a seasoned emcee who knows how to get it across, and keep it funky. Check out the video for I Apologize,” and listen to A.O. C.entral C.ommand on the Deep Indie Beat playlist. Follow the links below to connect with the artist.