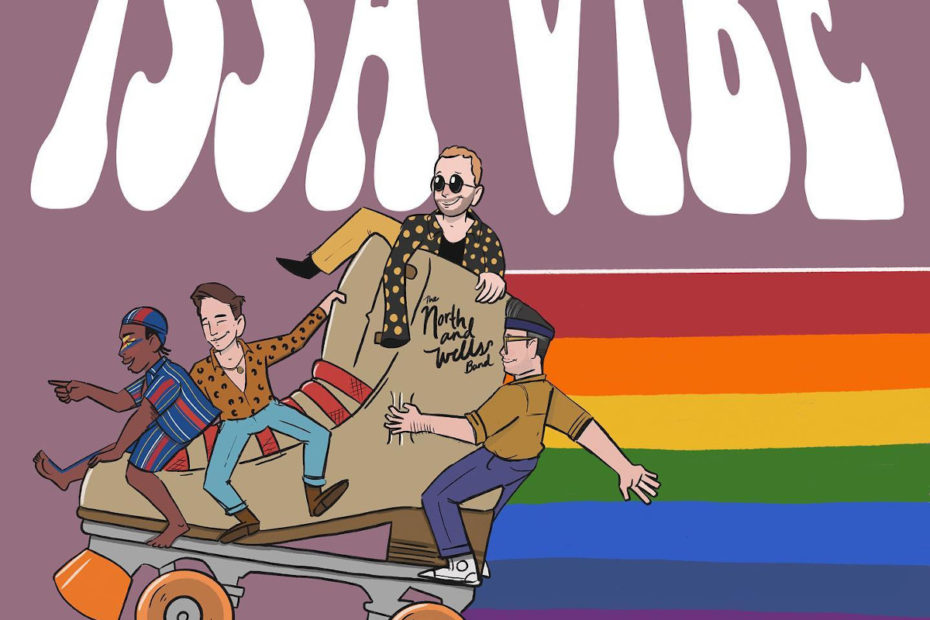 The North and Wells Band origin story is as interesting as their music is funky. Four musicians worked the night-shift together at the world famous Second City Comedy Club in Chicago, Illinois. In their words they were “not funny enough to be on stage.” So they started a band, taking the name from the address of their famous place of employment.

The group has only been together a few months but they have already compiled quite a resume of shows at some of the Windy City’s most notable venues. Thanks to well received gigs at The Tonic Room, Reggie’s Rock Club, The Cubby Bear, Union Station, and The Second City they have developed a reputation as a must-see live act. Their funky, improvisational and crowd interactive groove is making waves.

“Issa Vibe” is the latest single from The North and Wells Band. The track is a smooth and funky bit of 70’s inspired soul. The guitar, bass, keys and drums quartet lay down some chill feel good grooves on the aptly titled track. The band lists Tame Impala, Ms. Lauryn Hill, Haruomi Hosono, and Stevie Wonder as influences. I certainly feel the shadow of the latter here.

Like Jamariquai before them, The North and Wells Band create a Little Stevie-esque feel. Analog synths and vintage organ riffs meet smooth vocals with a little falsetto and a whole lotta soul. The rhythm section lays down a solid funk. I love the flangy guitar throughout the song, and there is a great solo in the bridge in which keys and guitar intermingle beautifully. And although the song has a decidedly retro feel, the band reminds you that we’re in the 21st century with a short rap and a trap beat halfway through the tune.

Check out “Issa Vibe” on the Deep Indie Dive playlist. Follow the links below to connect with The North and Wells Band.

The North and Wells Band on the Deep Indie Dive playlist