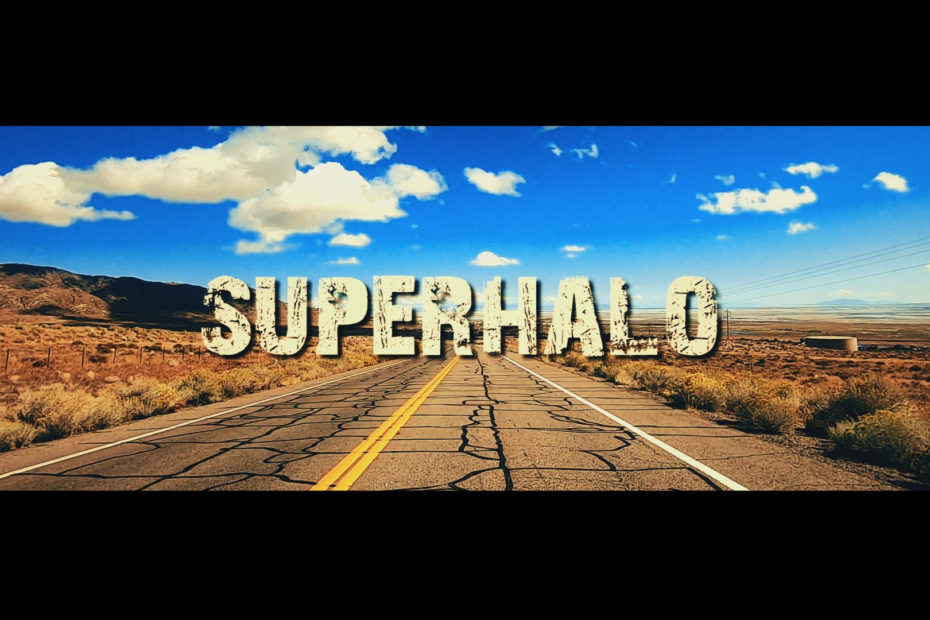 Superhalo is not just a band with a really cool name. Although, the name is very cool. They are also a groovy psychedelic Rock & Roll group from Porazyn Palace in West-Central Poland. From their Vintage Records recording studio they have been making groovy, guitar driven music for the 420 friendly since 2013. In that time they have released two albums and performed over 200 concerts at festivals all over Poland (Solidarity Festival, Festival Bluesonalia, Tower Festival, Szczecin Music Fest), and throughout Europe abroad (Stoner Rock Night -Paris, Desert Dockyard – Cologne).

“Slide (Calluna Trip)” is Superhalo’s brand new single, and their first release of 2020. The track is 5:25 of stoned guitar-rock perfection. The song opens with The big beat room sound of acoustic drums and low, reverberating piano chords. A wonderfully distorted slide guitar joins the mix and sets the mood for the remainder of the song.

It is a fantastic mood. For the rest of the track the band grooves on a slow grungy feedback-soaked road song. Hypnotic vocals, trippy harmonies and esoteric lyrics meet hard-panned Acid Rock riffs and squeals. “Slide” is the kind of song you’ll want to get lost in. Hallucinogenic chemical assistance is not mandatory, nor is it discouraged.

2020 signals a new start for the band. After travelling the world and working on other projects, they are now back in the studio. “Slide (Calluna Trip)” is the first of much more music to come, including a forthcoming third album. Check out Superhalo on the Deep Indie Dive playlist and follow the links below to connect with the band. Stay in the know on all of their current and future projects.