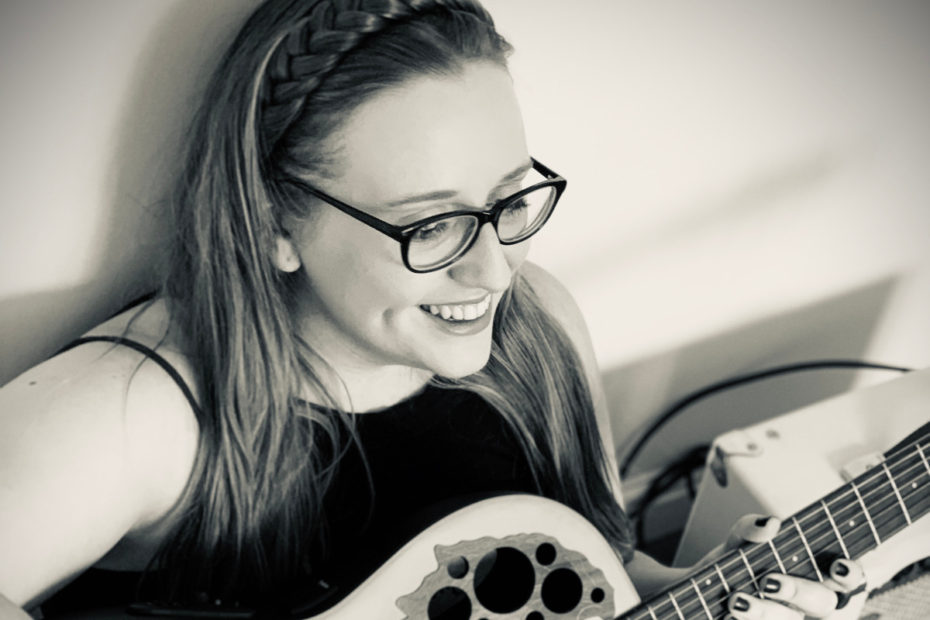 Em is a singer-songwriter living in the city of Bristol in the south of England. Although she only recently released her debut single, she is by no means a rookie. Hers has been a musical life, from her time as a music student at Bath Spa University to her current gigs as both a singing teacher at Stagecoach Performing Arts Schools and as the Choir Leader of Rock Choir, the largest contemporary choir in the UK. In the latter capacity she has performed on both BBC Radio and Television.

In addition to her work as an educator and choir leader, Em has been writing her own music for over fifteen years. Her debut single “In Time” comes from that tradition. Backed by an ensemble of bass, drums, guitar and keys the singer and acoustic guitarist delivers a thoughtful and soulful performance. Her sound is similar to 90’s Alt-folk artists like Lisa Loeb and Natalie Umbruglia. However, in both lyrical content and musical composition, she shares the more sophisticated approach of the genre’s pioneer, the great Joni Mitchell.

“In Time” explores the nature of personal happiness, and the reality that the concept has as many definitions as there are people walking the Earth. The notion is that in time we will first determine what it means to be happy, and then we will find that happiness. In the process we grow, emotionally and philosophically. It is a beautiful song built on an equally beautiful premise.

There’s so much stuff in the news at the moment, trying to separate people from one another, putting us into sections; gender, culture, race, colour, sexual orientation, but the way I see it, we are all incredibly similar because we all just want one thing and that is to be happy. My version of happiness is different to yours and the next persons but if we can respect that of one another, then ‘In Time’ we can really be the best version of ourselves.

Listen to “In Time” on the Deep Indie Dive playlist. And follow the links below to connect with Em. Keep in the loop on all of her current and future projects. With fifteen years-worth of material in her pocket, it will be exciting to see what comes next from this talented artist.