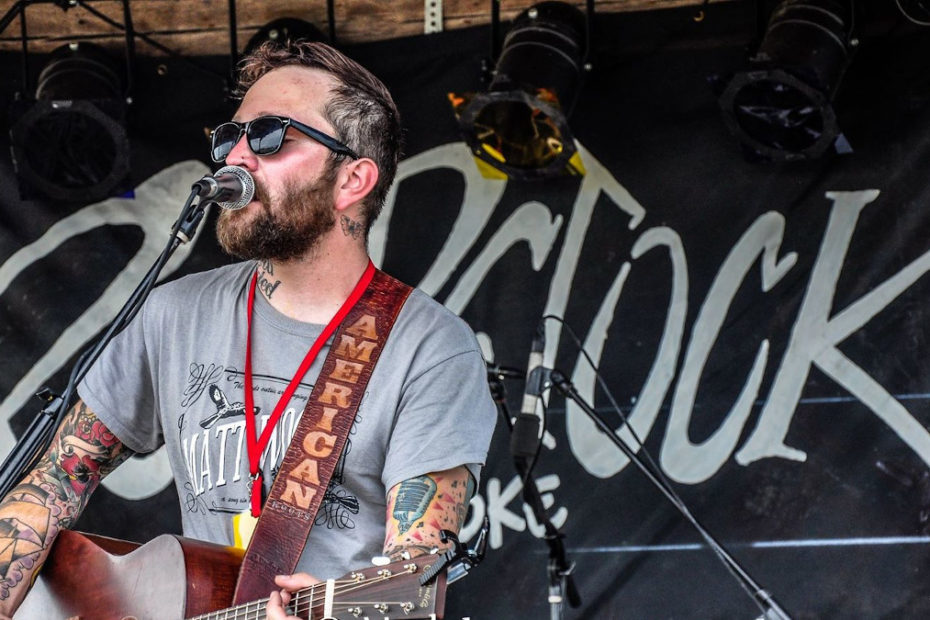 Nashville’s Jeff Shepherd is a singer and songwriter with a little bit of extra octane in his bloodstream than your average picker. The guitar slinging Southern Rocker is dealing in unfiltered outlaw Country, and it is a lot of fun to listen to. His new song “Black Window,” is the debut single from his forthcoming solo album “Something Blue.” The track is a barn burner, mixing feedback guitar, gritty vocals and just the right amount of thumb-picked banjo.

Shepherd previously made a name for himself fronting the Country/Punk Jailhouse Poets out of Chicago. For his solo album, the songwriter recruited the talents of famed producer Duane Lundy (Ringo Starr, Sunday Valley, Justin Wells). On “Black Window,” Lundy and Shepherd deliver a swampy rocker in the vein of Steve Earle‘s best work. As the singer tells his tale of woe and warning about a toxic woman, the band simmers as though it could boil at any moment.

Those moments happen in the form of overdriven Jimi Hendrix-style acid blues guitar licks. Meanwhile, the funky twang of acoustic and electric strings, honky-tonk piano and a rock solid rhythm section sets a cool Southern groove. The scene is set for Shepherd’s authentic whiskey treated rasp. The song will leave you looking for the rest of the album.

Check out “Black Widow” on the Deep Indie Dive. And follow the links below to connect with Jeff Shepherd. Stay up to date on all of his future projects, especially the upcoming album “Something Blue.”