Quinten Tyvon – Upbeat Vibes and Inspired Grooves “All For You” 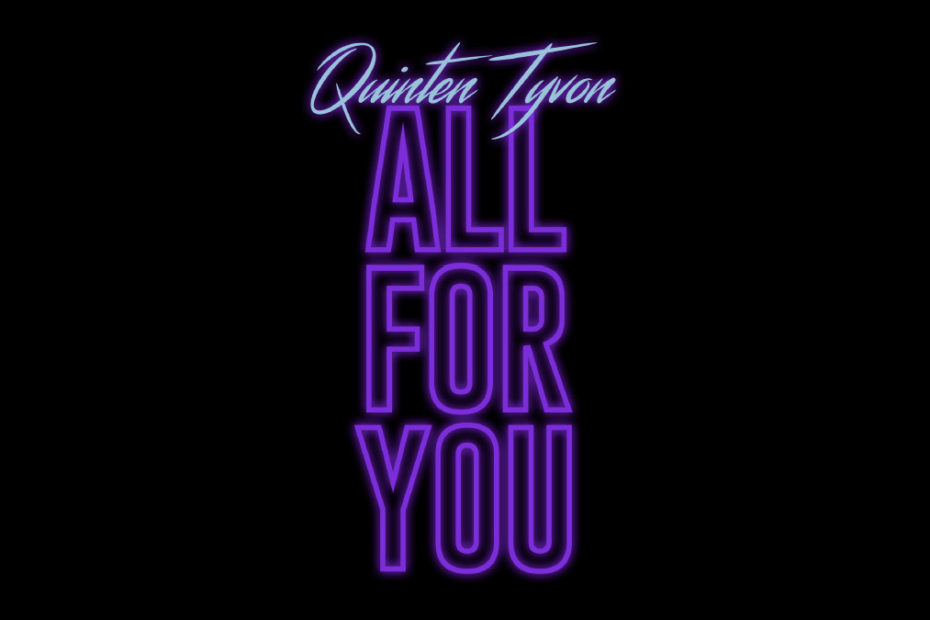 Quinten Tyvon has been making music since childhood. Inspired and guided by his musical grandparents, Quinten began singing at just five years-old. His love of music never waned. After graduating high school he attended FSW college to pursue a degree in audio production. However, performing was his first and deepest love. He left college to pursue a full-time career in music.

The young singer released his debut single, “If She Only Knew” in 2019. His music immediately connected with audiences worldwide and tallied some impressive streaming numbers. “All for You” is Quinten Tyvon’s latest single. Like it’s predecessor the song is already counting Spotify listener stats in the tens of thousands.

“All for You” feels like summertime with its airy and uplifting production and positive vibes. We can almost smell the ocean air. Quinten lists R&B legends like Sam Cooke, John Legend, and Luther Vandross as inspiration. You can definitely feel their influence here. However, the funky Latin beat and feel-good island vibe of the song suggest that his South Florida roots were equally impactful on his sound. The song is an infectious mix of Pop melodies, Caribbean rhythms and groovy electronic instrumentation. Front and center is Quinten’s powerful and soulful lead vocal.

You can hear “All For You” on both the Deep Indie Dive and the Deep Indie Beat playlists. Follow the links below to connect with this rising talent. Quinten has big plans for the future and he is well on his way to achieving them. Join him on his exciting journey.