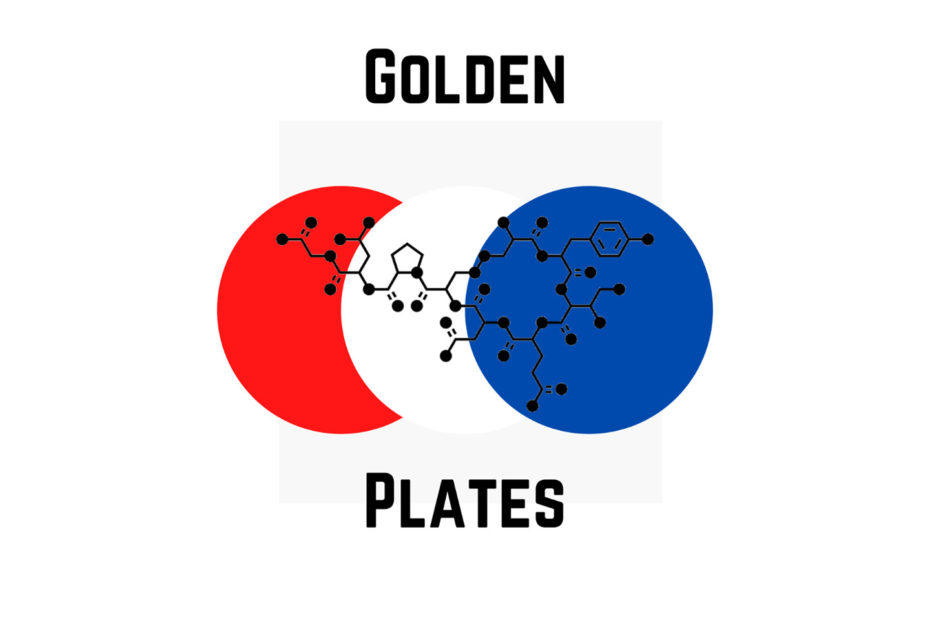 Golden Plates is an Alternative Rock project from the creative mind of singer, songwriter and multi-instrumentalist Brycen Deters. He launched the band in 2016 at a gig at the Urban Lounge in Salt Lake City, Utah. The venue is synchronous with the band’s name, a reference to the Mormon belief that Joseph Smith discovered the word of God on some golden plates. The tongue-in-cheek nod is the reason Deters refers to the group as, “A blasphemous indie rock band.”

Now based in San Diego, California, Golden Plates has spent the last four years making music. In that time they have released two full length albums, two EPs and a series of singles. “Oxytocin” is their latest and is an excellent example of their classic Alt-Rock sound.

“Oxytocin” is a driving Alternative Rock track that harkens back to pioneers of the genre. The song combines a forceful, almost industrial beat with lush layers of ambient guitars and synths. On their Spotify profile the band lists artists like The Cure, David Bowie and Queens of the Stoneage as influences. We definitely feel their hand here. However, the overall vibe of “Oxytocin” brings to mind another theologically inspired band, The Jesus and Mary Chain. The song shares that band’s penchant for a powerful beat and psychedelic guitars.

According to science, Oxytocin is the hormone produced by the body during times of emotional or physical intimacy. Deters explores this fact with a series of tragic love stories, and a refrain of, “Love is just a chemical, until you take it away.” It’s a great line and really rocking song featuring a cool mix of industrial force and ambient nuance. You can hear the tune on the Deep Indie Dive playlist. Follow the links below to connect with Golden Plates.