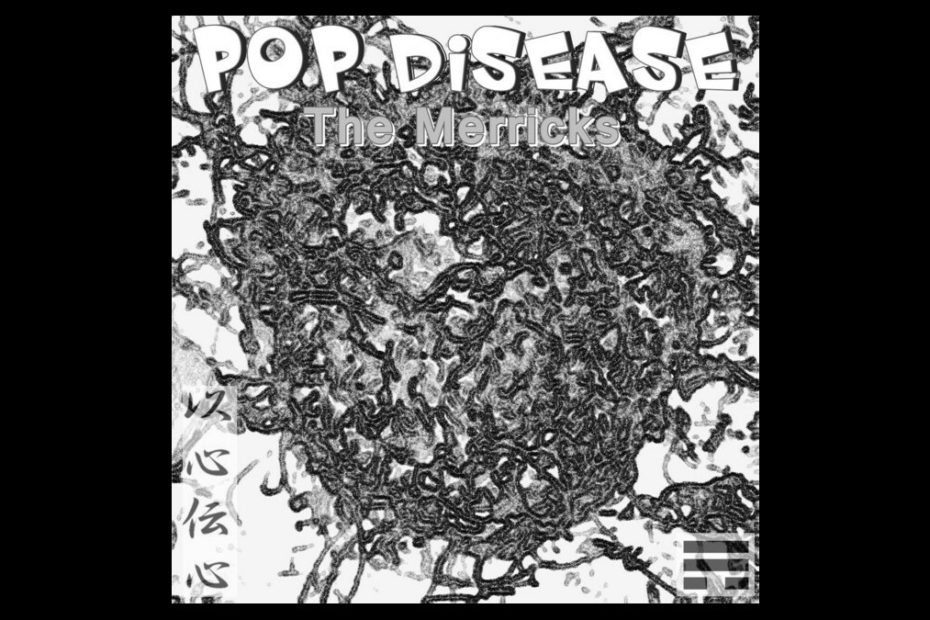 The Merricks is the name of a one man band project from Geneva Switzerland. The man behind the music is a producer and multi-instrumentalist known as Master Panda. He began the project in 2010. Mere words about genre and style would prove insufficient in describing his musical output over the past decade. The sheer volume and variance prohibit classification.

Since 2016 The Merricks has produced over fifty albums. He has released seven albums just this year. Those numbers reflect only that which is available on Spotify. There are dozens more albums and hundreds more songs by The Merricks available on other platforms. This extensive catalog is as stylistically diverse as it is voluminous. Most of the music is electronic, but not all. Even then styles range from ambient to electronica, jazz, industrial and experimental.

“Pop Disease” is one of The Merricks most recent albums. Despite the album’s title, this is definitely not Pop music. The record is a collection of experimental industrial avant garde electronic music. Like the soundtrack to some futuristic Science Fiction horror film, the instrumental work uses retro electronic instruments and techniques to create a musical landscape that is at once disturbing and mesmerizing.

The record is cinematic in both style and presentation. With visually descriptive yet otherwise cryptic titles like; “Gluttonous,” “Free Ghost” and “He Smiled,” the album progresses through its twelve tracks as though they are scenes in a movie. Each piece uses the same pallet of analog synths, vocal samples and classic drum machines to paint this canvas. The changing song titles reflect subtle shifting moods and tone. This is masterful storytelling without the use of images or words.

Panda employs an arsenal of musical techniques to create a dark and thought-provoking vibe. Bass lines and melodies move unpredictably through chromatic scales. Forgoing traditional verse/chorus structures, songs like “Funhouse” and “Heavy Mikrob” use disembodied voices and dissonant chords to transition through various nightmare scenarios suggested by their titles. He employs non musical elements like white noise and overdriven electronic distortion on tracks like “Cuckoo” and “Dark Project” to create something that sounds like the inner-workings of electronic devices gone wrong.

Throughout the album I found my mind wandering to classic futuristic Sci-Fi movies like Blade Runner or The Terminator. Unexpected rhythms meet vaguely Asian and Middle Eastern melodies. Record scratches function as transitional elements through varying degrees of ambient unease. This is not passive background music. It pulls the listener into its many disturbing layers and captivatingly engaging visuals. “Pop Disease” sounds like the score to the greatest, and creepiest dystopian 80’s movie you’ve never seen.

You can hear “Purple Circle” from “Pop Disease” on the Deep Indie Chill playlist. And follow the links below to connect with The Merricks. Stay in the loop on all of this talented artist’s many current and future projects.

The Merricks on the Deep Indie Chill playlist