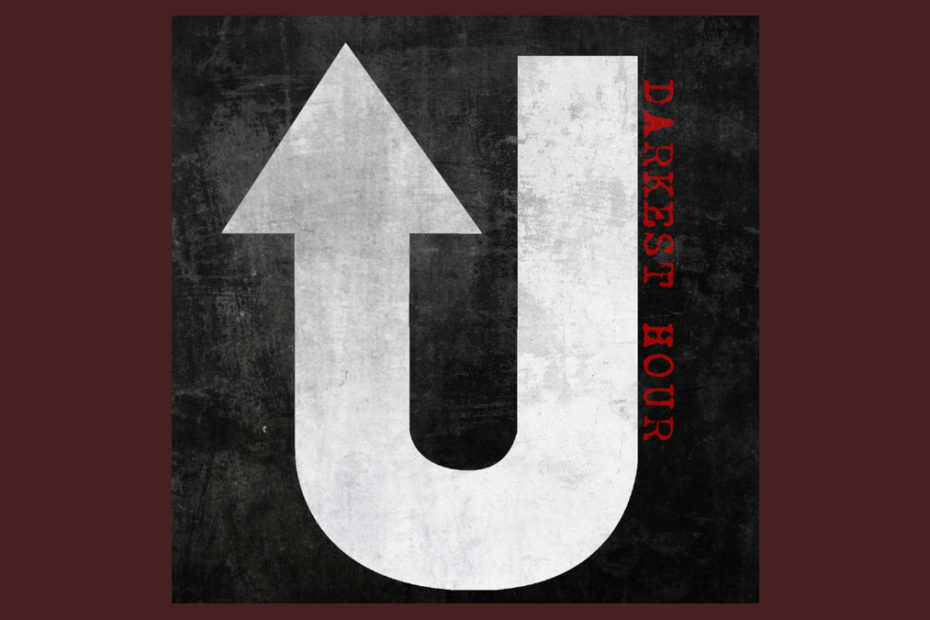 U-Turn is a band from Beaver Dam Kentucky, and they are on a mission to make Rock & Roll great again. The group got its start back in 2000. They found success quickly with their guitar-centric, hard hitting but melodic 80s rock style. In 2003 the band signed to Bonote Records and released their debut album, “No Filler.” A primetime placement on ESPN for their song “Survive,” and heavy radio rotation for their single “Drift Away,” led to a nationwide 130-city tour. After the tour ended, the band returned home and eventually recorded the follow-up “In Your Face.” However, in 2007 they went on a hiatus that lasted longer than anyone would have guessed.

Twelve years later, U-Turn reunited and immediately began writing new material. They soon went back into the studio to record their long-awaited third record. Fans were not disappointed. “Darkest Hour” is a five song EP of the band doing what it does best. That is, rock out to high energy, high volume, hard hitting and infectiously catchy 1980s influenced Rock & Roll.

“Darkest Hour” opens with its title track. The song is a declaration of devotion. It’s a promise of resolve and the persistence of love through hardship. Musically the track is an upbeat melodic rocker, a little bit Bon Jovi and a little bit 38 Special. The performance is excellent. Throughout the record, the band plays and sings like the seasoned professionals they are.

“Take You Home Tonight” is the most Southern moment from this Southern Rock band. In a modern Country-style narrative, the song tells the story of ex-lovers reuniting. Where the song differs from Country is in the Rock & Roll punch of this band. The guitar solo is particularly killer on this track. “America” follows and is the most socially conscious song on the record. Through the verse the singer takes a critical look at life in the U.S.A. However, the nation finds redemption in the chorus. The slow power ballad builds in intensity toward a powerful crescendo.

“Last Day” is a fun Bryan Adams-style uptempo rocker. As the singer tries to convince his girl to carpe diem, the band delivers a perfect summertime fist pumping song. The album closes with its most adventurous track. “Fly” takes cues from the great Prog Rock bands of the 70s, with a complex multi-part arrangement and extended instrumental sections. There is some particularly nice bass riffing on the track, as well as a really sweet guitar solo.

The new EP, “Darkest Hour” would be considered a success under any circumstances. The fact that U-Turn wrote and recorded it after only recently returning from a 12 year hiatus makes it all that much more impressive. You can hear the song, “Last Day” on the Deep Indie Dive playlist. And follow the links below to connect with the band. Join them on this new chapter in their storied history.