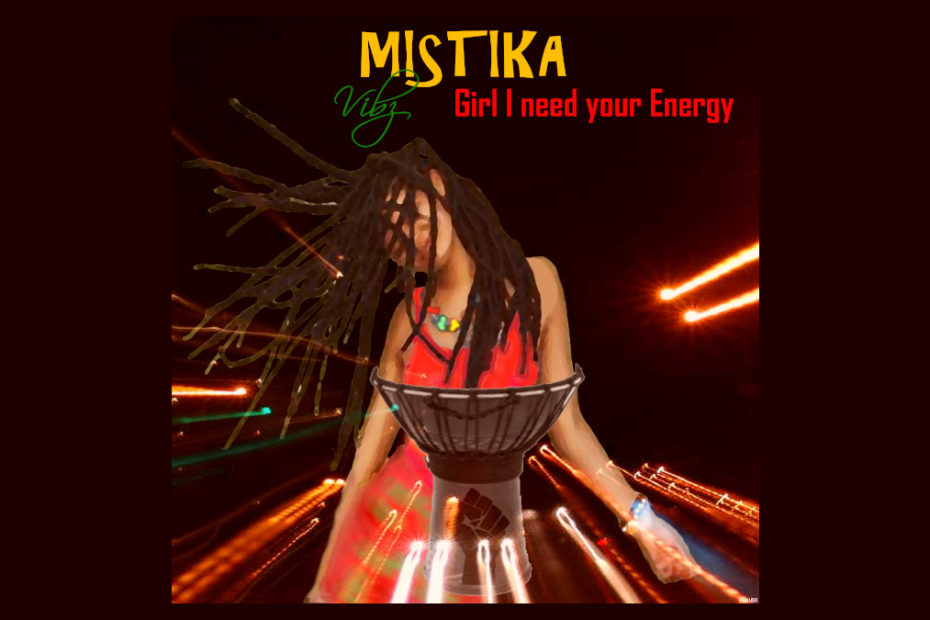 Mistika Vibz is a percussionist, composer and producer living and working in the red hot dance music scene of Miami, Florida. Originally from Guadeloupe, French West Indies, growing up, he was influenced by the rich Afro rhythms and tradition of his island home.

Now he brings the inspiration of his international roots to the multicultural sound of his music. So far this year, Mistika Vibz has released five singles. Each song explores different aspects of his percussive world beat sound. On his newest release, the artist mixes elements of electronic dance music with Caribbean rhythms and melodies.

“Girl I Need Your Energy” is the latest single from Mistika Vibz. The track is a wild and mesmerizing example of his uniquely hypnotic sound. A trance-inducing robotic riff of retro synths sits at the heart of the song and pulls us into its trippy world. Latin rhythms mix with Middle Eastern melodies to create a beautifully exotic soundscape.

Psychedelic vocals, soaked in swirling sound effects repeat the song’s mantra, “Girl I Need Your Energy.” It only adds to the ethereal tapestry of timbales, keys and violins. The track is like musical voodoo, in all the right ways.

Check out “Girl I need Your Energy” on the Deep Indie Beat playlist. And follow the links below to connect with his rhythmic world of Mistika Vibes.