Night Train 357 Drops Funk, Smarts and Soul on The Nightlife 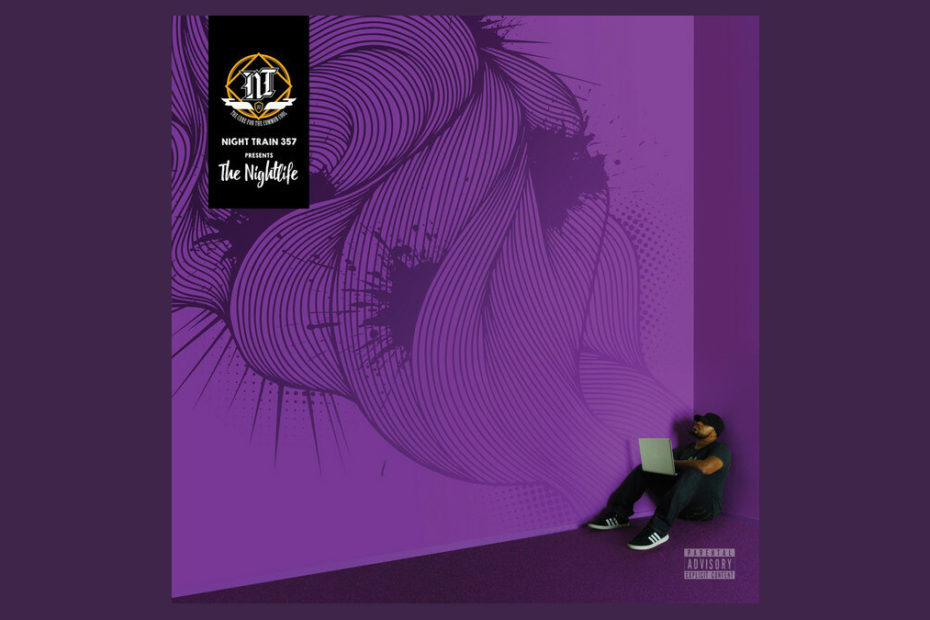 Regular readers of The Static Dive have heard the name Night Train 357 before. Last month we featured his single “Make the Money,” a collaboration with Train’s fellow Washington DC area rappers, Ethan Spalding and Rone. That song (video below) first introduced us to the artist’s unique combination of classic Hip-hop beats and cerebral lyrics. It was also a teaser for his full album, “The Nightlife.” Well, the wait is over. The record dropped today, August 21 2020.

Night Train 357 has been making an impact on the DMV (District of Columbia, Maryland, Virginia) Hip-hop scene for the past ten years. In that time he has released four full albums as well as numerous singles and EPs. As a rapper, writer and performer he has a style that sets him apart from his peers. Train’s sound is rooted in the origins of Hip-hop. However, he brings that classic vibe to the present day with lyrics as relevant as today’s headlines.

The new album features eleven tracks of this skilled artist at the top of his game. His signature sound of old-school Hip-hop beats and thought provoking lyrics are in full force. As a lyricist, Train has a knack for making heavy subject matter still sound fun. Whether waxing philosophic about mindfulness and the importance of expelling negative energy (“That too Shall,” “Victim of the Human Condition,” “No Sleep Over You”) or giving life advice to young people coming up (“Rise Up,” “Make the Money”), he keeps it funky while dropping science.

It’s not all philosophy and education on “The Nightlife.” On tracks like “Where You At” and “Chicago Waddup,” Train shouts out to his neighborhoods, old and new. The latter is a heartfelt story about escaping our crazy modern world with a trip back to his “happy place.” “Bars Forever” sounds like a classic freestyle rap circle featuring guest rappers Joe Young and Rone. And “Drive Me Crazy” is a shout out to the ladies everywhere. It’s a cool party track. The rapper has some fun with the fact that the song is a break from more serious material with the line, “You’re on the straight and narrow but we can still get unruly.”

Musically “The Nightlife” is a mix of old-school Hip-hop 808 beats and classic R&B samples. The production is a product of an appreciation for seventy years of musical history. Synths from the 80’s overlap 70’s soul grooves, including at least one James Brown sample. Chamber Pop strings from the 60’s meet 50’s Jazz piano and even the occasional Trap hi-hat. Train always has a good time with Pop culture references and there are plenty to find here. Throughout the record he drops mention to everyone from AC/DC to Rick and Morty, Nipsey Hussle to Doctor Who. It is cool, clever and a lot of fun to listen to.

“The Nightlife” pulls together the best of Hip-hop from the past 30 years. It is a great record for any fan of the genre. Train is an extremely talented and thoughtful rapper. Every word has meaning and every sound serves the groove. You can hear the single “Cosmic Cruise” on the Deep Indie Beat playlist. The album was produced by ADST Music, with the exceptions of “Cosmic Cruise” and “Chicago Waddup,” both produced by Ardamus. Follow the links below to connect with Night Train 357. Listen to the new album and stay in the loop on all of his current and future projects.