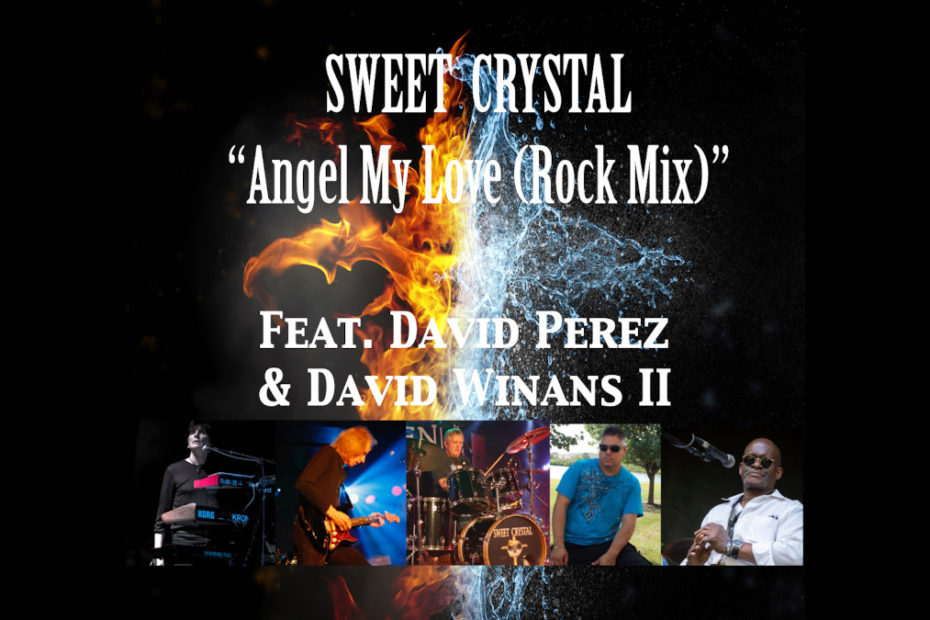 Sweet Crystal first appeared on The Static Dive earlier this month upon the release of their single, “The Other Side of Calvary.” The band is the preeminent Christian Rock band of the Detroit Michigan area. They have been entertaining audiences in the Motor City and beyond, for over four decades. They have won dozens of awards and count their fans in the tens of thousands. Although they have been at it awhile, they are showing no signs of slowing down. As a matter of fact they are about to release a brand new album.

The album, “7th Heaven” will be available on all major streaming services in the fourth quarter of 2020. In advance of the record, the band has released another new single. And this time they are taking a slightly different approach. “The Other Side of Calvary” was an example of Sweet Crystal at their arena-ready Progressive Rock best. On their new track, the band shows that they are just as adept at quiet introspection as they are at Rock & Roll bombast.

“Angel My Love (Rock Mix)” finds the band collaborating with singer/songwriter David Perez and an esteemed group of musicians, studios, engineers and producers. The song, written by Perez, is an emotional piano ballad in which Perez pleads for his love to return. The band accompanying David includes the Sweet Crystal core members; Marq Andrew Speck (Piano, Organ, Additional Keys), Bill Blatter (Electric Guitar, Bass) and Steve Wieser (Drums). The team is joined by David Winans II on cello and backup Vocals. If his name sounds familiar it is because David is a member of the legendary Gospel family, The Winans.

Over the course of four minutes, the song builds from a quiet vocal and piano duet to full power-ballad Rock mix. By the end of the first chorus the full ensemble joins in, albeit quietly. There are some really nice subtle guitar and bass leads, for instance. The soundscape continues to expand from there. By the second chorus the string and keyboard arrangements grow to a powerful cinematic peak, until the track ends where it began with Speck and Perez performing a soft outro.

You can hear “Angel My Love (Rock Mix)” on the Deep Indie Dive playlist. And follow the links below to connect with Sweet Crystal.