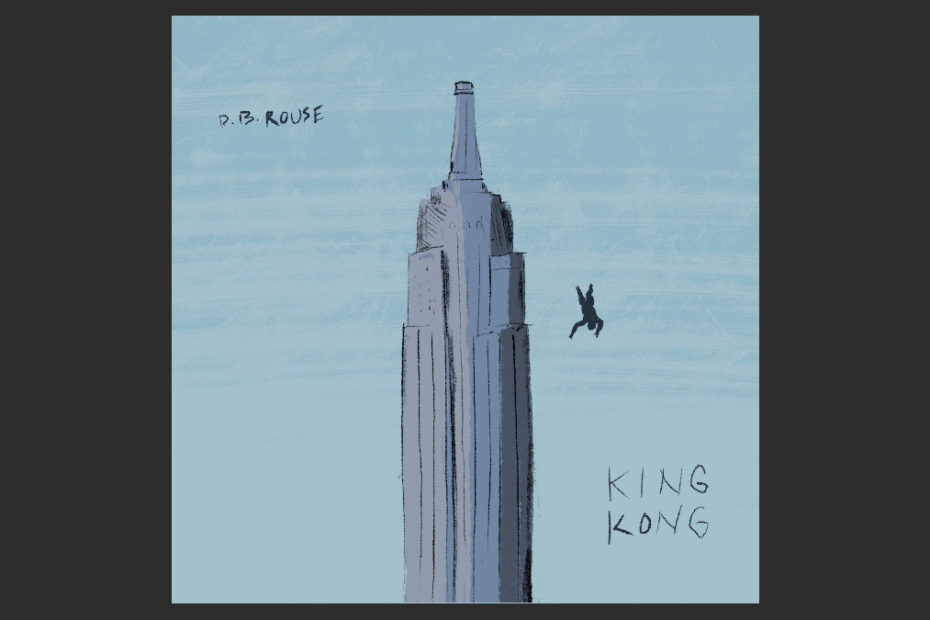 DB Rouse is an interesting guy. He is a musician, an entertainer, a poet, and a published novelist. Although originally from Milwaukee, Wisconsin, music has taken the Americana singer/songwriter all over the world. Like a modern day Woody Guthrie, he has performed his folky originals across the United States. With his trusty guitar “Meal-Ticket” and his Kazoobie Kazoo (by whom he is sponsored) Rouse has even strummed and hummed his tunes on the high seas. He has worked as a lounge singer on a Carnival Cruise ship, as a singing ranch hand near Austin, TX, and as a hobo musician for the Grand Canyon Railway.

Through his many adventures, the wandering musician has been writing and refining his own original compositions. In that area too, he has been busy. Since 2012, D.B. has released at least one new album each year. Earlier in 2020 he dropped the 10 song collection, “Bad Old Days (Revisited).” Now, just in time for Election Day, he has a brand new politically charged single.

“King Kong” tells the tale of a powerful, “self-made man living on inheritance. A poor rich child, throwing a fit.” Does that sound familiar? The track is a thinly veiled and on-the-money take down of “The Donald.” The song is delivered as a direct second person message to the man beating on his chest like King Kong. It is a warning and a reminder that the story does not end well for the giant ape. As D.B. says, “You may be big, but you ain’t too big to fall.”

Musically, “King Kong” is rooted in Rouse’s signature Americana and old-time Western style. The track features a rustic mix of guitar, banjo, honky tonk piano and of course, kazoo. The bouncy classic Country rhythm and melody give the track a timeless feel. If not for the timely subject matter it sounds as though it could be an election song from 1920 rather than 2020. However, lyrically the track is as current and relevant as the news of the day.

You can currently find “King Kong” on Bandcamp, and it will be coming soon to all major streaming services. Check it out, and follow the links below to connect with DB Rouse, the hobo musician.