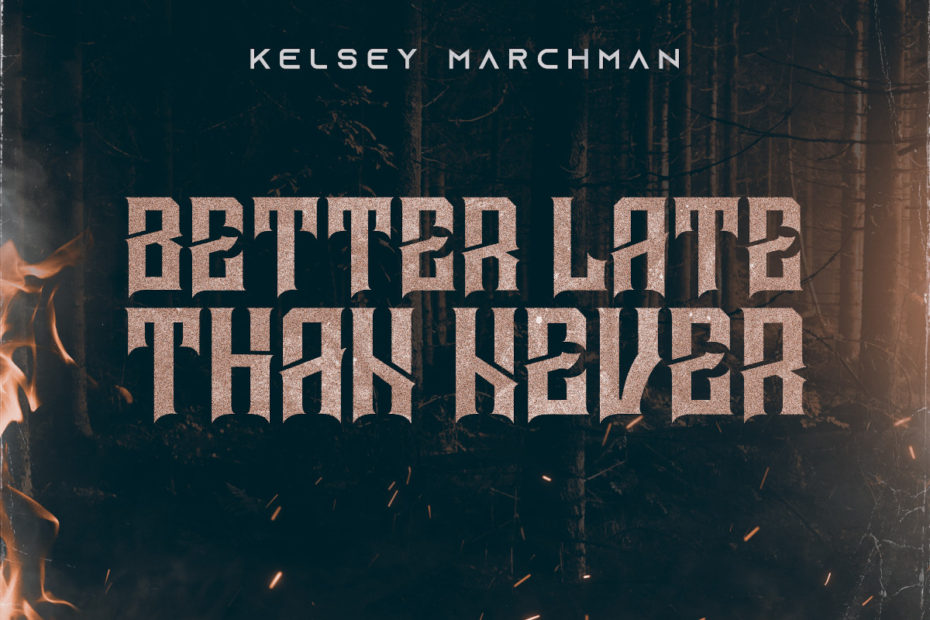 Kelsey Marchman is a talented singer, songwriter and multi-instrumentalist from Denver, Colorado. She is best known as the guitarist and co-founder of that city’s popular Hard Rock band Thousand Frames, with whom she has performed since 2012.

However, Kelsey has been playing and writing music since the sixth grade when her uncle gave her first guitar. She taught herself to play and soon began writing her own songs. After college and a series of cover bands, she formed Thousand Frames with the stated purpose of inspiring others through music. Now she takes that same mindful, socially conscious approach to a new project.

Like most of us, the singer has found herself with a lot of free time during the pandemic. She used the opportunity to observe the world around her and, with the help of her producer Travis Moore, embark on a solo career. Her new single is her first step of that new journey.

“Better Late Than Never” is Kelsey Marchman’s debut solo release. The single is a Modern Rock call for change. The history books will spend volumes in an attempt to explain 2020. Ultimately however, it will be remembered as a year of transition, for better or worse. On her new song, Kelsey is challenging us all to make sure that change is a positive one.

Over heavy power chords and a beat built on both electronic and organic elements she states her case. The track is not a demand for revolution, but rather an acknowledgement of the need for rapid and long overdue evolution. She urges us to listen to our conscience and act on it when she sings, “You want to be better than what you were. So scream the truth that you can’t ignore.”

The track opens with the Pop melody of the chorus and a minimalist electronic mix of drums and keys. Soon, bass and guitar join the ensemble and the track expands into a cinematic Emo Rock vibe. As a songwriter, Marchman understands the value of both a catchy hook and the crunch of a distortion pedal. She uses them, along with layers of well placed vocal harmonies, to wake us up and see the world we’ve made.

You can check out “Better Late Than Never” on the Deep Indie Dive playlist. And follow the links below to connect with Kelsey Marchman. Stay in the loop on all of her current and future projects as she embarks on an exciting solo career.