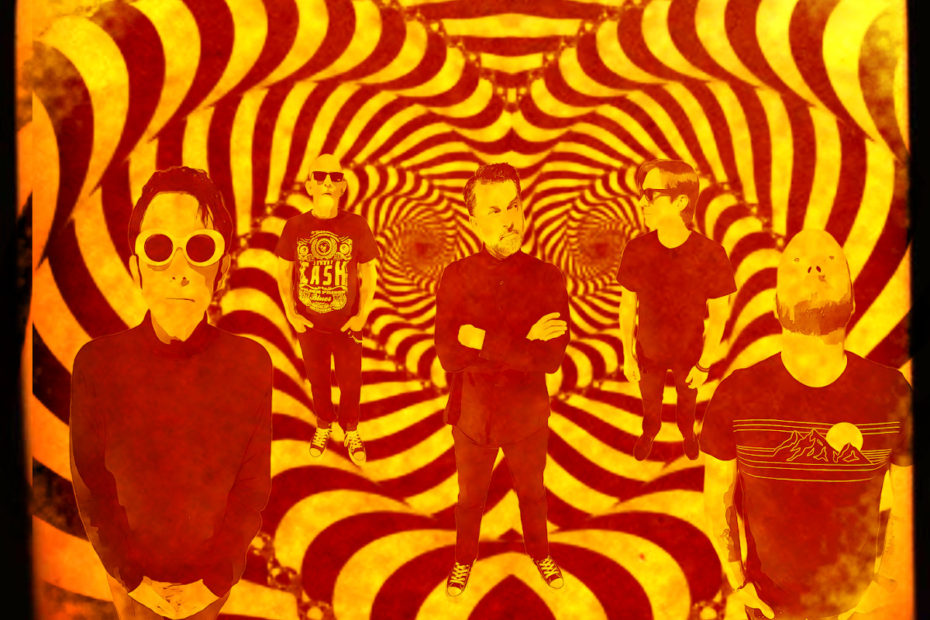 Strangely Alright are a modern psychedelic Rock band from Tacoma, WA. Their sound is rooted in the trippy traditions of the past while constantly branching further into the future. Despite all of that time travelling, the band ultimately lands squarely in the present day on their latest single, “Psych Film.” The groovy hippie-rock tune delivers the subtle but powerful message that we are all flawed, and we are all okay.

Regan Lane (vocals, keys, ringmaster) and Sean Van Dommelen (guitar, vocals) are the band’s primary songwriting team. They have a unique collaborative process which allows each of them the artistic freedom to create, while still feeding off the ideas of the other. Sean created the initial basic instrumental tracks and gave the song its title.

From there, Regan wrote lyrics on the theme, then added vocals and keys. The process continued until the track was ready for prime time. Then the duo presented it to the rest of the SA members; Ken Schaff (Bass), Raymond Hayden (keys, vocals) and Jason Bair (drums). Each recorded his part, and Psych Film was born.

Part of being in a band, or relationship for that matter, is trust. Regan and Sean’s songwriting chemistry and trust are based on mutual respect and similar journeys from that darkness into the light that works for them. Psych Film is a perfect example of one of the ways they create.

The track rides on a laid back, rolling bass line. Ambient guitars and synths fill the periphery. The sound hints at decades of psychedelic rock, from Pink Floyd to The Cult and Our Lady Peace. Meanwhile, Lane riffs on the beautiful imperfection of humanity. He sings, “A saint today, a sinner tomorrow, a saint today.” Although not blatantly stated, the message is clear. We’re all a messed up… and we’re in this together.

Check out “Psych Film” on the Deep Indie Dive playlist. Watch the video (above) and follow the links below to connect with Strangely Alright.