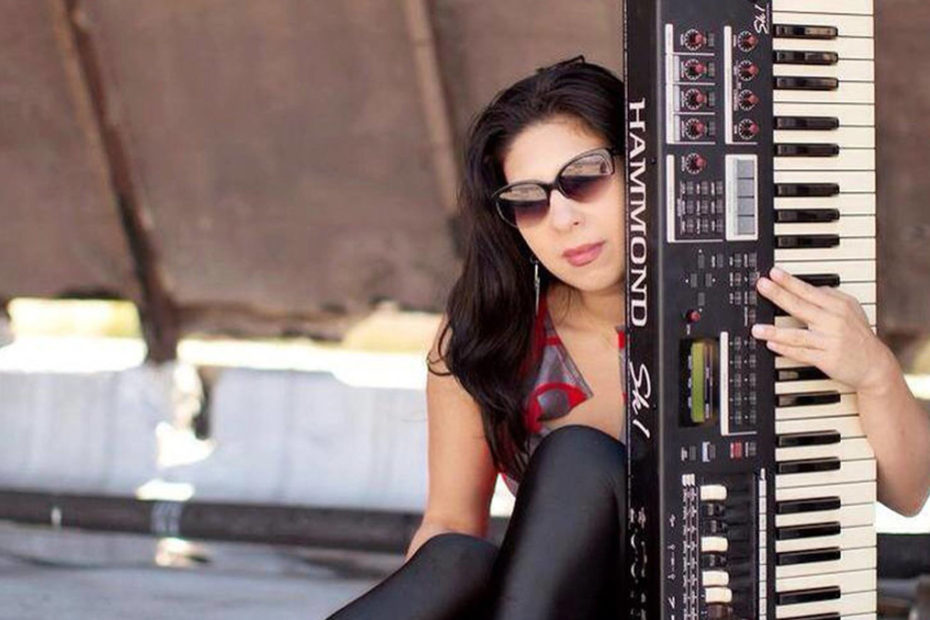 The hardest part of writing about Emiko is in knowing where to start. She is an internationally recognized and award winning songwriter and recording artist. The keytar slinging, Hammond organ shredding composer has amassed an inconceivably extensive catalogue of over 3000 songs. The collection includes #1 Pop, Rock, J-Pop and R&B songs as well as full theater and film scores. She has composed for over twenty television series and is currently composing for a number of new projects.

At an age when most artists are just starting their careers, Emiko has already excelled in two. At 12 she retired from a decade-long career as a concert pianist. And no, there are no typos in that sentence. She began performing at just two and a half years old.

From there the young artist focused on writing her own material. By the time she was in her twenties she had been recognized in the Songwriters Hall of Fame and appeared in numerous major music publications including; Billboard, Music Connection, FM Sound and Keyboard Magazine. In the subsequent years she shared the stage with superstar artists such as Cyndi Lauper, Jackson Browne, Keb Mo’, and more.

“LA After the War” is the talented artist’s latest release. The 10 song LP is a perfect showcase for her formidable skills as both writer and performer. Recorded entirely in quarantine, the album stylistically spans four decades of popular music. With expert technical skill and a whole lotta soul, Emiko delivers a personal and thoughtful record.

If her instrument of choice (a custom Alesis Wireless Vortex keytar she lovingly calls “Carlos”) is any indication, Emiko is no stranger to the sounds of the 1980’s. Throughout the album, groovy analog synths meet Pop/Metal guitar licks. New Wave beats drive tracks like “Last Hurrah.” However, the “me” decade is only one component to her sound.

On tracks like “6am” and “I Know” she weaves in 90’s Alt-Pop and even Grunge. “Thick as Thieves” mixes all of the above with a modern Hip-hop beat. The varied influences fall nicely together as a cohesive whole. The record flows smoothly from Gaga-esque cinematic piano pieces (“Queens of the East Side”) to funky Jazz-fueled 70’s jams (“Doctor”).

Lyrically, Emiko tells a series of autobiographical vignettes and observations on life. From the opening, Tori Amos-styled piano crawl and scathing commentary of “Man in the Ivory Tower” to the touching lyrics and vulnerable vocals of “My Light,” the songwriter wears her heart on her sleeve. She is as skilled as a lyricist as she is a musician and singer. All of her talents come together to pack songs like “Great North Road” and the acoustic piano lament “Fighting Under Water” with heartbreaking emotion.

You can hear “Man in the Ivory Tower” on the Deep Indie Dive playlist. And follow the links below to connect with Emiko. Dig into “LA After the War,” and stay in the loop on this multifaceted artist’s many ongoing projects. She keeps a lot of plates spinning. In addition to her music she’s hosting YouTube shows and producing documentary films. As I said, it is difficult to know where to start. Just click the links and get on board.