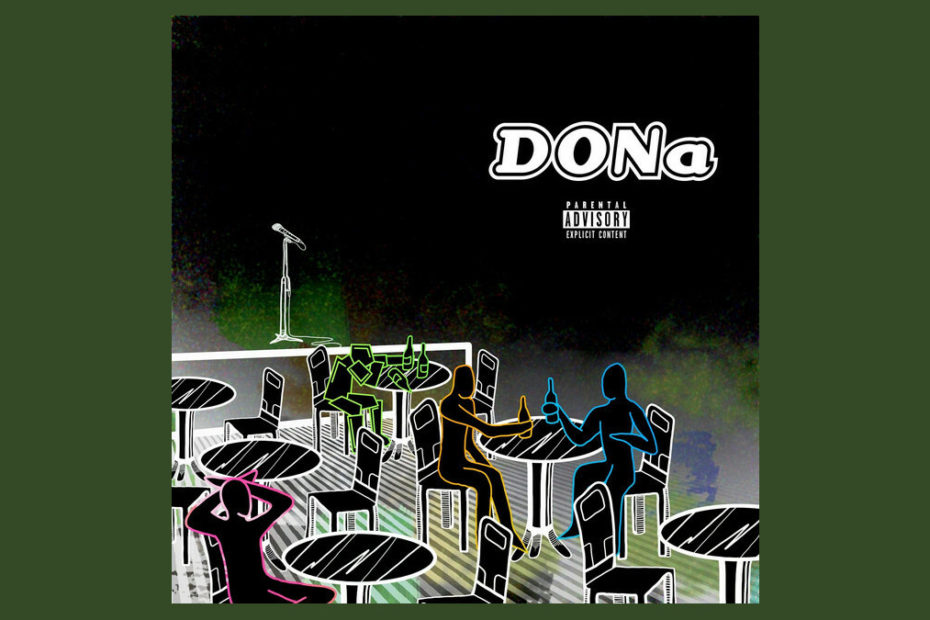 Chris Rhoadz is a singer, songwriter and multi-instrumentalist from Hialeah, Florida. His lifelong love of music ultimately led him into formal vocal and instrumental training. Three years ago he began writing and performing his own original music. Since then Chris has released a steady string of singles. Although relatively new to the scene, he has already developed a fully formed and unique sound that blends Pop, R&B and Hip-hop into a smooth soulful mix.

“Dona” is the singer’s debut EP, and the perfect showcase for his signature sound. The four-track record introduces us to his laid back world of slow jams with atmospheric arrangements. It is an expansive soundscape of soulful, ethereal vocals.

Working primarily with his producer and writing partner Nueve, and their audio engineer @Jsted_, Rhoadz sets a chill scene. The slow groove starts with the opening Jazz guitar riffs and electric piano chords of “Pisces Rising.” Immediately we float into the clouds of this artist’s hypnotic vibe.

“Veni” is the current single from “Dona.” The track is a cool mix of vintage synth sounds and modern production. Throughout the record Rhoadz and his team make great use of analog synth sounds. On “Veni,” those keys ride on the smooth slow groove of a mellow Hip-hop beat and low sub bass tones. Meanwhile the talented singer delivers a chill and sexy story about a secret love affair.

On “Lost in Translation,” the cool and moody keys continue. This time Chris pairs them with a slightly more upbeat, Deep House style rhythm. Rhoadz counts a long list of widely disparate artists as inspiration, including; Ozzy Osbourne, Tyler the Creator, Kurt Cobain and Prince. We can hear the latter’s influence in the syncopated production and creative overlapping vocal melodies of the record’s closing track “Tension.”

I came up with the title when I was in my sight-singing and ear-training class in college. We had to sing a piece called ‘Dona,’ which in Latin means ‘gifts.’ That’s what I felt the project was. I’d been asked so many times to drop an EP.  I was falling more into my sound and I thought, here are my gifts to my listeners and supporters who have been waiting for this.

Check out “Veni” on the Deep Indie Beat playlist. And follow the links below to connect with Chris Rhoadz. Stream his new EP “Dona,” and stay tuned for a lot more music from this talented young artist.