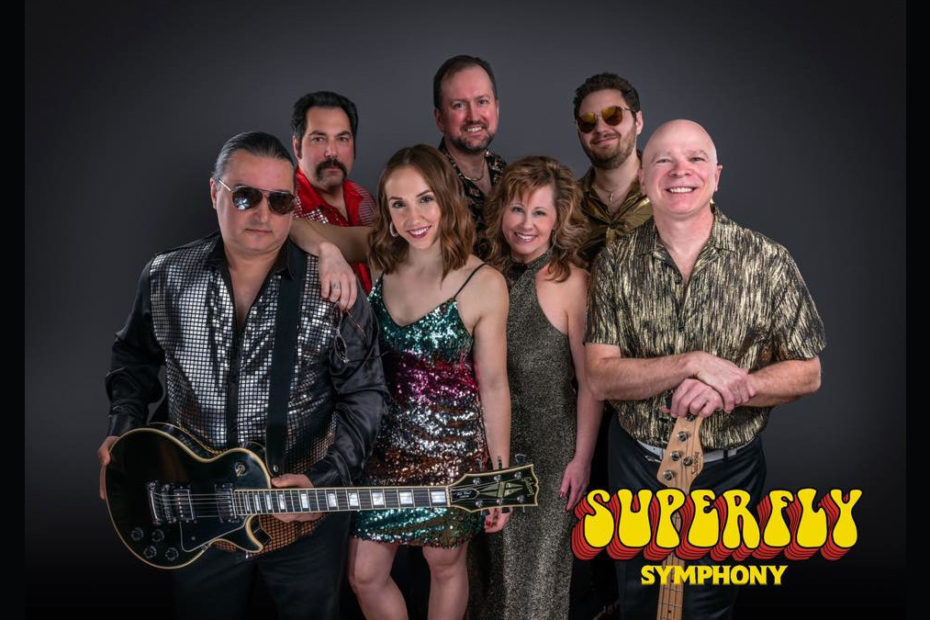 Disco is not dead. As a matter of fact, it is making a comeback. We’ve seen a resurgence of the genre in recent years. EDM acts in particular have been prone to displaying symptoms of Saturday night fever. From big names like Daft Punk and Lady Gaga to independent groups like N2BLU and Doddi, modern acts are making the 70’s fab again. They’re hustling in a new era of mirror balls and bell bottoms.

Chicago’s Superfly Symphony has taken the trend to its logical conclusion. Whereas the aforementioned artists have incorporated elements of Disco into their sound, Superfly Symphony are riding the love train all the way to funky town.

“On The Dance Floor” is the first single from the upcoming debut album from the Windy City’s grooviest new export. Just one spin of the track and you’ll be transported back to Chicago’s Dugan’s Bistro circa 1979. They achieve their authentic Disco soul groove by performing their music with completely organic instruments.

If you like your disco with a solid 4/4 beat, a bouncing octave bass line, rhythm guitar with just a touch of wah-wah and the soothing sounds of analog synth strings, then get down with Superfly Symphony. You can hear “On the Dance Floor” on the Deep Indie Beat playlist. And follow the links below to connect with the band.