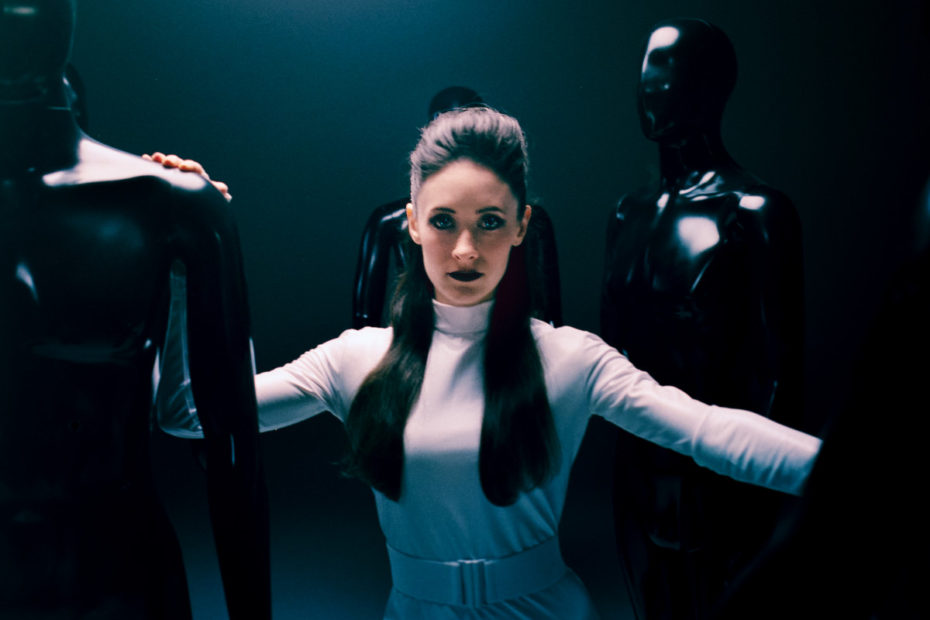 Essa V is an experimental Pop singer, songwriter and producer, originally hailing from the Washington, DC suburbs of northern Virginia. Three years ago she migrated to Austin, Texas, drawn to its rich history of live music. Although she has been making her own original music for nearly a decade, she has only now decided to release her work to the masses. The debut single, “Better Online” is an exciting introduction to an artist who arrives on the scene with a fully realized sound and persona.

In the years leading to the single’s release, Essa V worked on her craft. She performed live and recorded, sometimes collaborating with studio musicians and producers from the famously abundant artistic community in her adopted hometown. However, most of the time the talented multi-instrumentalist prefers to work alone, writing, performing and producing all the music herself.

“Better Online” is a product of the artist’s own efforts and vision. The wildly creative track combines avant-garde electronic composition with traditional Pop sensibilities and a witty lyrical edge. An analog synth bass sits at the center of the mix as the singer weaves lead and harmony vocals around a memorable melody. Essa creatively shifts through different genres and subgenres of Pop and Electronic music, from Synthwave to Industrial. As the track progresses it grows ever more experimental. Vocally, the singer flows smoothly through multiple octaves and a constantly changing musical landscape.

Among her influences, Essa V counts Charli XCX, Dorian Electra and the legendary Kate Bush. We can definitely hear the influence of the latter in both her singing and writing, as she cleverly tells the tale of a cyber love affair that is better to remain that way. Essa’s ability to blend the real and surreal into something simultaneously experimental and accessible also brings to mind the work of French visionary Christine and the Queens.

“Better Online” is an impressive debut. Check it out on the Deep Indie Dive playlist and follow the links below to connect with this exciting new artist.