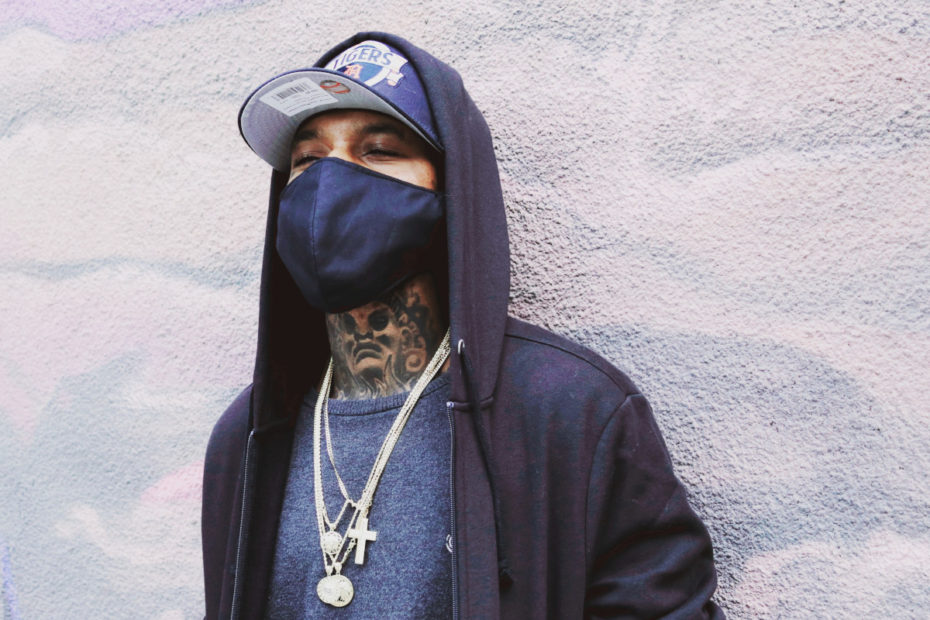 KashMavz is an aspiring underground Hip-Hop artist originally from Dorchester, Massachusetts, now living in Boston. The East coast rapper began releasing music professionally in 2017 with his single “Dank.” Since that time the artist has grown increasingly more prolific and as a result, ever more popular. His streaming numbers are now counted in the tens of thousands.

2020 has been a particularly productive time for KashMavz. So far this year he has released a string of singles and two EPs including “Trill Maveric, Vol. 2”. His latest is the six song hardcore collection, “Grim Reaper Music.” Released on September 11th, the record is a chronicle of the days of a hustler. The rapper relays the good, bad and ugly of gangster life.

“Paranoia” is the first single from “Grim Reaper Music.” The track is a tale of the nervous instability inherent to life in the hood. He’s not posturing. For better or worse, KasMavz tales of “cutting cane” and being “locked in a cage” scream of authenticity. Each of the tracks on the EP runs through similar scenes of the life of a banger; from the complicated religious imagery of “Holy” to the gang anthem, “Member.”

Musically, “Grim Reaper Music” is an adventurous mix of Hip-Hop styles. KasMavz lists Nipsey Hustle and old school heroes like Pimp C and Master P as inspiration. The record combines their influence with the experimental bass and production techniques of UK Grime and modern Trap rhythms. Call it Boston Grime. Whatever the name, it is a raw and badass underground Hip-hop groove.

You can hear “Paranoia” on the Deep Indie Beat playlist. And check out the entire Grim Reaper Music on Spotify. Follow the links below to connect with KashMavz. Stay in the loop on all of this prolific artist’s current and future projects.