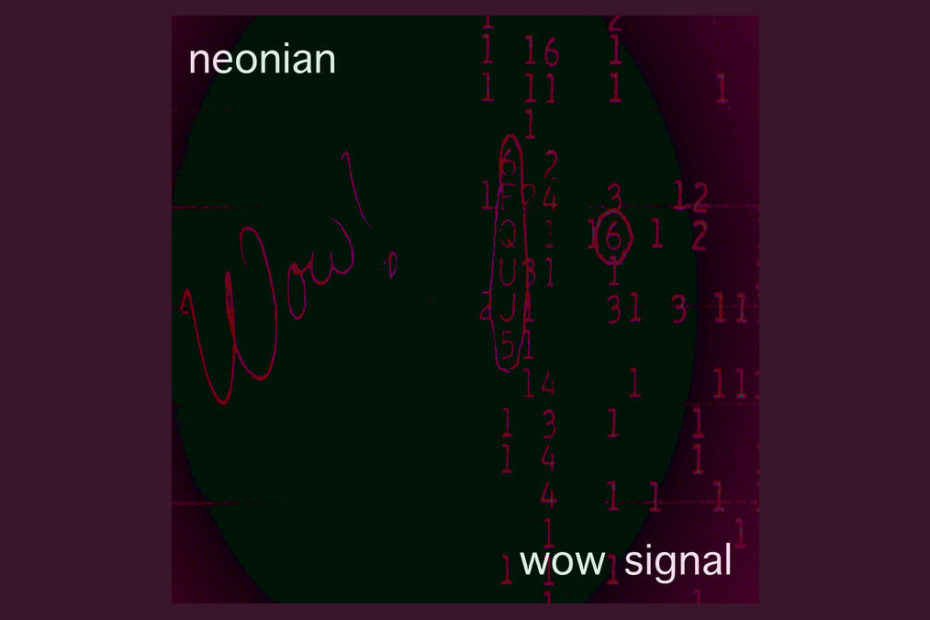 Neonian is the professional name of electronic music producer and composer, Ian Sawyer. Based in the city of Bath in the UK, Sawyer creates sonic soundscapes from loops, samples and found sounds. His style is influenced by artists from across the decades, spanning genres from Rock to New Wave, Goth and experimental electronic. Everyone from The Cure to Boards of Canada and Nine inch Nails to Cocteau Twins have informed and inspired the Neonian sound.

Over the past three years the adventurous artist has released a series of singles and the 2019 EP “Treasure.” Additionally, he has produced a number of remixes for other artists, including; Frannie B, NNYz?, Sergeant Thunderhoof and James Harriman.

Neonian is now working on a concept album of sorts, exploring the UFO phenomenon. Our first peak at that upcoming release is the song “Wow Signal.” The title comes from the famous, and still unexplained, radio signal from deep space detected by SETI in 1977.

Wow Signal is taken from an LP I’m working on which has a vague overall theme about UFO’s, aliens etc. Not exactly a believer, more curious – I’d like To Believe.

The track is a wild ride through the unknown. Built around a Prodigy-style breakbeat rhythm, the song incorporates elements of electronic music from past and present. A vintage synth bass groove sits at the heart of the tune while psychedelic sounds weave in and out of industrial noise and extra-atmospheric space vibes. Hypnotic and frenetic syncopated percussion bounces off of synthesized space debris.

The song’s accompanying video matches the interstellar chaos with images reminiscent of that trippy sequence from 2001: A Space Odyssey where Bowman travels through the StarGate.

Listen to “Wow Signal” on the Deep Indie Dive playlist and follow the links below to connect with Neonian. Get on his socials to stay in the loop on the progress of his forthcoming album.